You Too Can Have an Island Named After You 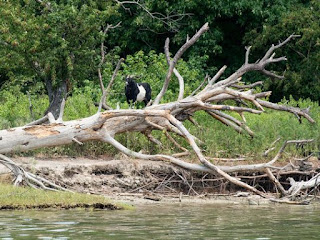 Want to buy an island — and some goats?

Nestled in the middle of the Chesapeake Bay near Smith Island lies a unique real estate opportunity for anyone who wants to get away from it all. That is, as long as they don't mind absorbing about 30 goats into their investment portfolio.

“How many (other) islands are for sale in Chesapeake Bay?" asked Bob Bradshaw, whose family is trying to sell the island. "I don’t know of any.” 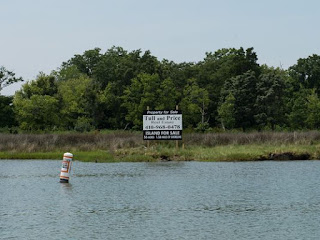 The 55-acre enclave is listed at $1.5 million, a bargain compared with their original asking price of $15 million a decade ago.

The property was once under contract to be sold for $14 million to a Texas buyer, but it unraveled when the national real estate market collapsed in 2008, Bradshaw said. Since then, he and his family have progressively lowered the price tag in search of what the market would bear.

Things may be starting to look up. The Bradshaws recently brought in a third real estate agency in a succession of representatives. A broker with Crisfield-based Tull and Price Real Estate said one potential buyer is interested. 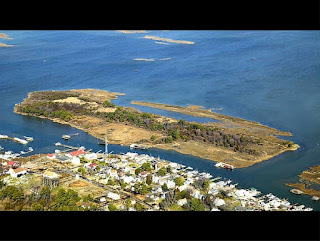 Tillie Doyle attributes the renewed interest to a real estate sign she had put up on the edge of the marshy island.

“I knew we needed to have a sign put up with all the boats coming in," Doyle said. 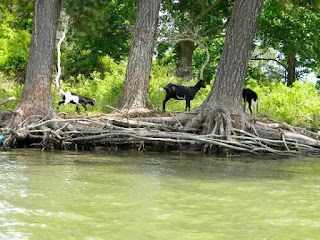 But what about sea level rise?


Bradshaw dismisses any concerns about the possibility of the land winding up underwater due to sea level rise or erosion anytime soon. Hundreds of islands in the bay have vanished since the 1600s, including several dozen that were once inhabited by humans, scientists say.

The land on Goat Island has a higher elevation than Smith Island, Bradshaw said. Since his grandfather's purchase, not a foot of land has disappeared.