Reason #5658 That Trump Was Elected 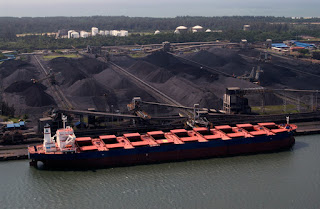 
The U.S. Energy Department announced Aug. 21 that a cargo ship full of Pennsylvania coal would be sailing out of Baltimore, 5,600 nautical miles across the Atlantic Ocean, Mediterranean and Black Seas to Ukraine, the first such shipment of its kind.

Such shipments hold significance in a variety of ways, and offer a possible window into the Trump administration’s desire to use energy trade to offset the aggressive geopolitical behavior of Russian President Vladimir Putin. In March, Ukraine cut off deliveries of coal from the Russian-controlled region of Donbass, where much of Ukraine’s coal industry resided before the 2014 conflict between Ukraine and Russia began.

Centrenergo, the Ukrainian power utility, has been struggling since March to replace the blocked coal supplies. Now, Latrobe, Pennsylvania-based XCoal Energy will send 700,000 tons of anthracite coal to Odessa over the next several months. The agreement follows a June meeting between President Donald Trump and Ukrainian President Petro Poroshenko and U.S. President Donald Trump. 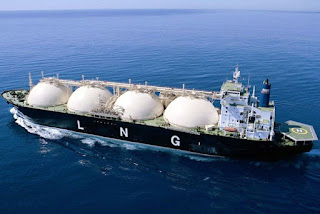 This week also marks the first shipment of liquefied natural gas from the United States to the Baltic state of Lithuania, a former Soviet satellite, which until recently was completely dependent on Russian gas supplies. Lithuania and the other Baltic states of Latvia and Estonia have at times been under withering political pressure from their former Cold War patrons, particularly since Moscow occupied the Crimea in 2014.

Trump’s visit to Poland in early July included a speech that highlighted his administration’s desire to exert a counter-force on Russia through the energy markets, “so that you can never be held hostage to a single supplier,” Trump said.

Poland received its first U.S.-based shipment of LNG in July, and the single U.S. LNG export terminal at Sabine Pass on the Texas-Louisiana border has sent out more than 160 cargoes since starting up in February. Several of the cargoes have reached Spain, Italy, the United Kingdom and the Netherlands in the past 18 months.

For all the Democrat's bluster about the possible Russian interference in our elections on behalf of Donald Trump, if Putin really did have his thumb on the scale, he has to be regretting that right about now. Russia is almost literally a energy company with a corrupt corporate leadership.

It's pretty well known, but not well publicized that Russia also funds anti-energy environmental activism in the United States. I wonder why that aspect of Russian meddling goes so uncommented upon.  No, I don't really wonder.
Posted by Fritz at 10:04 AM