Floron du Jour: You're Supposed to Set the Hook! 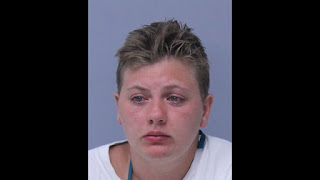 
St. Johns County deputies arrested a woman after she bit a man's fishing line and swam off with his lure, according to a police report.

Deputies were called to the St. Johns County Pier on Tuesday at approximately 6 p.m. A fisherman told deputies that 22-year-old Alexandria Turner appeared to be intoxicated when she swam up to his fishing line and cursed him out.

She bit the line and swam away with the rigging, according to the police report.

When deputies asked Turner to come to the pier office where the fisherman had rented the pole, she became belligerent and refused to walk inside, the report said. Deputies said Turner began creating a scene and upsetting the "sense of public norm at the pier" when they tried to take her into protective custody.

She refused to let deputies handcuff her and screamed, "I'm (expletive) naked!" several times, the report said. Deputies arrested Turner on suspicion of disorderly intoxication and resisting arrest without violence.