Have I mentioned Anitfa yet? I have? Well, like the energizer Darth Vaders, they're still going. 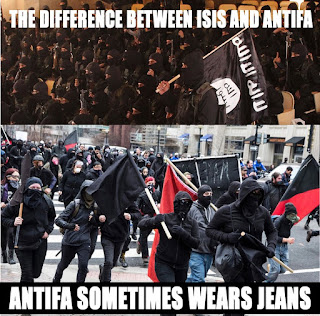 Basking in the glow of favorable media coverage from Charlottesville, this week, as noted by WaPo, Black-clad antifa members attack peaceful right-wing demonstrators in Berkeley

Jumping over plastic and concrete barriers, the group melted into a larger crowd of around 2,000 that had marched peacefully throughout the sunny afternoon for a “Rally Against Hate” gathering. 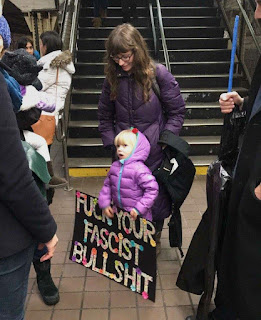 How masked, black armor clad weapon bearing people can "melt into a crowd" is an interesting question.


Shortly after, violence began to flare. A pepper-spray-wielding Trump supporter was smacked to the ground with homemade shields. Another was attacked by five black-clad antifa members, each windmilling kicks and punches into a man desperately trying to protect himself. A conservative group leader retreated for safety behind a line of riot police as marchers chucked water bottles, shot off pepper spray and screamed, “Fascist go home!”

All told, the Associated Press reported at least five individuals were attacked. An AP reporter witnessed the assaults. Berkeley Police’s Lt. Joe Okies told The Washington Post the rally resulted in “13 arrests on a range of charges including assault with a deadly weapon, obstructing a police officer, and various Berkeley municipal code violations.”

Police, as they seem to do in liberal cities did the bare minimum of policing.


But antifa protesters — armed with sticks and shields and clad in shin pads and gloves — largely routed the security checks and by 1:30 p.m. police reportedly left the security line at the Center Street and Milvaia Street entrance to the park. Berkeley Police Chief Andrew Greenwood told the AP the decision was strategic — a confrontation was sure to spark more violence between the protesters and police.

“No need for a confrontation over a grass patch,” Greenwood said.

The confrontation is over the right of the right to peacefully assemble and protest. 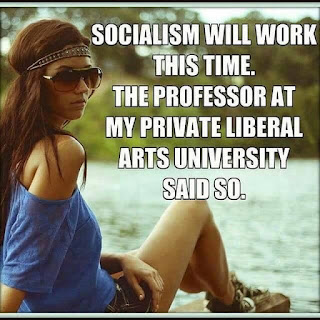 
Why is it “far-right” to say “No to Marxism in America”? Why are those who oppose Marxism accused of “bigotry, hatred and racism”? And why is nobody in the mainstream media asking these questions?

But the Antifa are really just left wing Patriots, left?  Antifa Chants At Berkeley: “No Trump, No Wall, No USA At All”


It’s exceptionally stupid to proclaim yourself literally anti-American when some of your fellow travelers on the left are working hard to portray you as defending American values from the alt-right. But then, most radicals are exceptionally stupid.

When Asked to Denounce Antifa, Gov. Terry McAuliffe Denounces Violence on Many Sides

Instapundit: "Let Call Them What They Really Are Then": Democratic operatives with baseball bats.


NBC: "Could antifa violence lead to violence against mainstream politics."

Antifa: "No, because we would NEVER attack Democrats." pic.twitter.com/m48qwxz7jN
— Alex Griswold (@HashtagGriswold) August 28, 2017 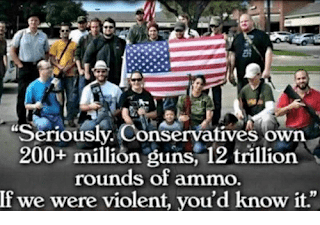 Why Antifa Nazi-Punching Is Just a Gift to the Right


However, the notion that antifa participants have kept their violence strictly “anti-fascist” is plainly untrue, as most recently evidenced in the assaults on two journalists (including a woman, Taylor Lorenz of The Hill) in Charlottesville. In the aftermath of the violence, a defiant post on Antifa Seven Hills’ Facebook page blamed the reporters for the attacks they endured at the hands of the masked “anti-fascists.”


Media you do not have the right to treat us this way. We are not your spectacle to profit off of. You are very often disrespectful and aggressive and we you [sic] will be met with the same behavior. If you don’t want to get hit don’t act like vultures. Ask for consent.

How dare they hit a reporter!