A pop star told a jury about her tush, a red-hot musical hit town, a country-pop icon passed away, a rocker eyed the Great White Way and a surprising celebrity split made people super sad. Here’s all that news and more from this week in entertainment.

“It was a definite grab. A very long grab,” Taylor Swift testified this week in a $3-million civil case brought by a former DJ who says she got him fired by falsely accusing him of grabbing her butt during a meet-and-greet photo op. David Mueller admitted that he might have grabbed her ribs and speculated that his boss might have been the real offender. Of course, there had been a voir dire effort — can we call it a “background cheek”? — to keep Swifties and fired folks from getting on the jury. 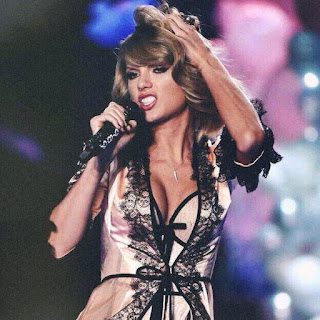 
In her deposition in a countersuit against former radio host David Mueller, Swift was strong, clear and indefatigable. Remember, it was Muller who initially sued her for the loss of his job — a termination tied to his alleged groping of the pop star during a meet-and-greet at Pepsi Center in Denver on June 2, 2013. Swift did not publicize her encounter with Mueller before his legal action and is countersuing Muller — something she is under no responsibility to do — for the tidy sum of $1. It seems that, for her, this is a matter of principle.


It would be one sweet dollar though. 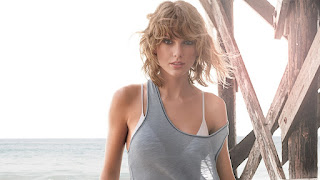 When pressed about the incident Swift said, “It happened to me. He had a handful of my ass. It happened to me. I know it was him.” When a lawyer suggested it might be a case of misidentification, she said, “I didn’t need a picture. I could have picked him out of a line of a thousand . . . this is not alleged. I don’t need you to grill me about the tiny details of this photograph.”

“You can ask me a million questions about it and I’m never going to say something different,” she said. “I never have said anything different.” 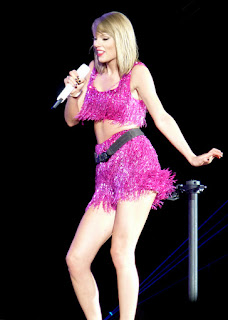 When Mueller’s attorney asked the signer why the front of Swift’s skirt didn’t show evidence of groping in a photo taken during the alleged assault, she retorted, “Because my ass is located on the back of my body.” When asked how she responded to news of Mueller’s termination she said, “I didn’t have a reaction to a strange person I didn’t know losing his job . . . that was a product of his decisions, not mine . . . I’m not going to let you or your client make me feel like this is my fault.”

Swift also addressed her reaction at the time in a way many, many women can relate to.  “After this happened,” she said, “a light switched off in my personality.” She added “I just said in a monotone voice, ‘Thank you for coming.'” 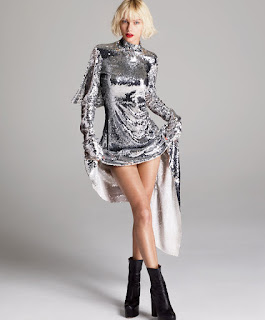 And then the judge ruled in her favor:


After the plaintiff’s attorney Gregory McFarland rested in the lawsuit against Taylor Swift, her attorneys filed a motion to dismiss her from DJ David Mueller’s lawsuit. A few minutes ago, the judge ruled that Mueller didn’t prove his case well enough for a reasonable jury to find against Swift, and dropped her as a respondent. . .

On the other hand, the case against the other two respondents may go to the jury on Monday. . .

Reporting is still coming in from the courtroom, but this appears more technical than dispositive. Mueller alleged that all three acted to get him fired over false pretenses, but never established that Swift herself took any such action. In order to gain damages from Swift, Mueller had to present a preponderance of evidence that she acted to damage him financially. The judge has ruled that the plaintiffs made at least that much of a case with Swift’s mother and Frank Bell, her liaison to KYGO, but that means that the deep pockets that Mueller targeted has just left the building, so to speak. 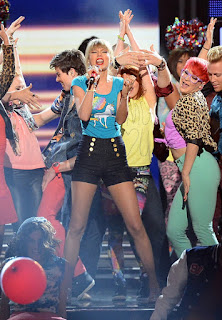 So Taylor's mother and Frank Bell will have to go to trial, unless they settle, which seems unlikely.


That doesn’t mean that Swift’s out of the trial, however. The judge ruled that her countersuit against Mueller remains, and that is real trouble for the DJ. Swift’s attorneys rested without presenting a case because, well, McFarland basically proved her case in his direct examination of Swift and her team. That would essentially wipe out the other predicate for Mueller’s suit, which was that the allegations were false and made maliciously to harm Mueller, if the jury agrees with the witnesses who took the stand over the last three days. The jury doesn’t have much else to go on for Mueller other than his own word.

Basically, Mueller and McFarland look plain out of luck.
. . .
Worth noting: Swift is only asking for a $1 symbolic award. If the jury finds in her favor, however, they can award her any amount they like (within reason). In that case, Mueller might get stuck with Swift’s legal fees, and … those might be considerable.

Wombat-socho has both "Rule 5 Sunday: OUTRAGE!" up on time and within budget.
Posted by Fritz at 6:00 AM