I Guess One of the Dinosaurs Broke a Mirror 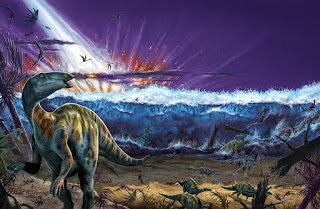 Seven years of bad luck: The end-Cretaceous mass extinction was rather unpleasant

Though the story is probably familiar, there are still significant questions about exactly what happened during that cataclysm. Many species were seemingly in trouble before that colossal meteoroid crashed into the coastal Yucatan, perhaps partly because of a long-lived series of massive volcanic eruptions in what is now India. This has led some to question whether the impact was as deadly as it's made out to be. But we've also filled in some details of just how the meteoroid impact would mess up the Earth, and these include mind-blowing tsunamis, rampant wildfires, and see-sawing climate effects. So how lethal was the impact? 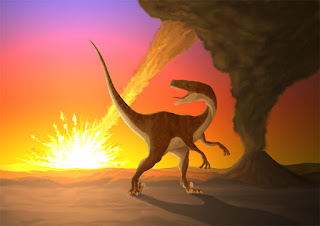 A team led by Charles Bardeen at the National Center for Atmospheric Research employed a climate model to investigate one major aspect of this story. In many places around the world, there is a thin geologic layer that marks the time of the impact event. It contains soot that apparently blanketed the planet after wildfires kicked it up into the air. (These wildfires would be triggered globally by the heat of debris reentering the atmosphere.) Was there enough soot to black out the Sun? 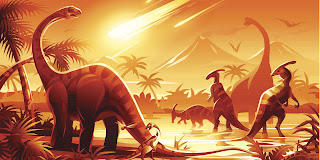 Given the failure of modern climate models to accurately predict our climate out even a few years, one has to give them a lot of credit for trying to base their science on climate models of an earth many millions of years ago, which is much less understood than the present.


Several estimates have been made of the total amount of that soot based on the volume that can be found in the rock layer, but these range from 750 billion kilograms to 35 trillion kilograms. The researchers ran several different simulations based on those estimates. In each case, the soot particles are injected high into the atmosphere because soot absorbs sunlight, so it heats up the air around it, causing the air to rise and take the soot with it. 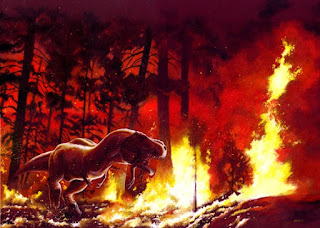 The simulations showed that most of the soot falls out of the atmosphere within a year, but that still leaves enough up in the air to block out 99 percent of the Sun’s light for close to two years, with the poles clearing up fastest. Photosynthesis in the ocean ends once you get to one percent of sunlight, so the authors use this as the threshold for plant life. 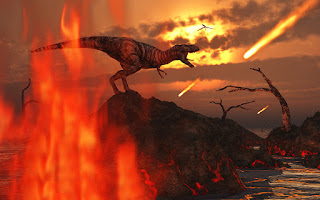 That’s two years of perpetual twilight without plant growth, which is probably enough to explain the extinction of plankton species in the ocean (and most things up the food chain from there).

And, of course, a biting cold would come with the dim Sun. In the simulation, the average ocean surface temperature drops by as much as 11 degrees Celsius (20 degrees Fahrenheit), and the average temperature on land suffers a 28-degree-Celsius (50-degree-Fahrenheit) drop. Most of the planet’s land area would have been below freezing for the first couple of years. Only a limited area along some coasts and parts of the tropics would escape the frost. 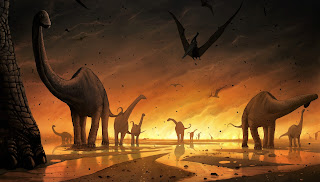 That surface cooling—coupled with the soot-warmed air high above—would drastically slow the water cycle, reducing global precipitation by about three-quarters for six years. Even the monsoons shut down. If you’re keeping track, we’re now talking about a dark, frozen, desert world. Only a very small area of land is bright enough, warm enough, and wet enough for plants to survive. 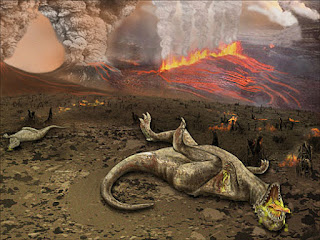 For organisms that somehow managed to survive through this desolation, conditions could actually have returned to normal pretty rapidly. There’s a sort of critical point as the levels of soot in the stratosphere drop; once it's crossed, the rest quickly clears up. That's because a ton of water vapor would also have risen into the stratosphere with all that soot, and that water vapor acts like a planetary radiator, emitting heat energy to space and accelerating the stratospheric cooling. As the soot level drops below the critical point, less sunlight is absorbed, and the water vapor cools and condenses. It then drops out and takes the remaining soot with it in a matter of months. 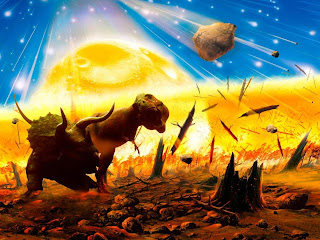 In the simulations, that process takes place in year seven, bringing back the sunshine and most of the precipitation. At that point, surface temperatures are only about 5 degrees Celsius below their starting point, and they return to normal over the next decade.

So it all sounds like something we should really try to avoid. How about some more effort going into asteroid location and tracking, and developing methods  to divert them?
Posted by Fritz at 4:13 PM