Maryland Moves to Erase the Past 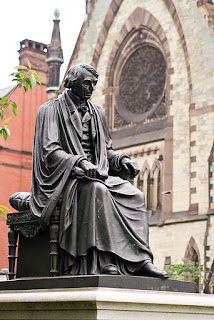 
Maryland Gov. Larry Hogan has ordered the statue of Supreme Court Chief Justice Roger B. Taney, who found in the 1857 Dred Scott decision that a slave had no right to sue for his freedom, removed from the grounds of the state house.

His 2018 challenger for the governor's seat, former NAACP president Ben Jealous, claimed that Hogan was making a political move a day after Jealous gave a statement in front of the Taney statue calling for its removal.

Taney, who was born in Calvert County, wrote in the 7-2 opinion for the majority that the framers of the Constitution regarded blacks "as beings of an inferior order, and altogether unfit to associate with the white race, either in social or political relations; and so far inferior, that they had no rights which the white man was bound to respect; and that the negro might justly and lawfully be reduced to slavery for his benefit."

"...It is obvious that they were not even in the minds of the framers of the Constitution when they were conferring special rights and privileges upon the citizens of a State in every other part of the Union. Indeed, when we look to the condition of this race in the several States at the time, it is impossible to believe that these rights and privileges were intended to be extended to them."

Hogan said this evening that Maryland "has always been a state of middle temperament, which is a guiding principle of our administration."

As I have noted previously, Justice Taney's birthplace is just a few miles from here, off Adelina Road.


Roger Brooke Taney was born on March 17, 1777 in Calvert County, Maryland, the son of Monica (Brooke) and Michael Taney. He was the second son, and the third of seven children (four sons and three daughters) born to a slaveholding family of tobacco planters in Calvert County, Maryland. He received a rudimentary education from a series of private tutors. After instructing him for a year, his last tutor, David English, recommended that Taney was ready for college. At the age of 15 he entered Dickinson College in Pennsylvania, graduating with honors in 1795. As a younger son with no prospect of inheriting the family plantation, Taney chose the profession of law. He read law with Judge Jeremiah Townley Chase and was admitted to the bar in 1799. He quickly distinguished himself as one of Maryland's most promising young lawyers.

He couldn't be a Republican, because the modern Republican Party had not yet come into existence.


Taney, a Jacksonian Democrat, was made Chief Justice by Jackson. He inherited slaves from his father but manumitted them and gave pensions to the older ones. He believed that power and liberty were extremely important and if power became too concentrated, then it posed a grave threat to individual liberty. He opposed attempts by the national government to regulate or control matters that would restrict the rights of individuals. From Prince Frederick, Maryland, he had practiced law and politics simultaneously and succeeded in both. After abandoning the Federalist Party as a losing cause, he rose to the top of the state's Jacksonian machine. As Attorney General (1831–1833) and then Secretary of the Treasury (1833–1834), and as a prominent member of the Kitchen Cabinet, Taney became one of Jackson's closest advisers, assisting Jackson in his populist crusade against the powerful Bank of the United States. 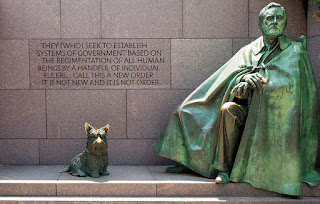 Time to remove the statue of  the man who ordered Japanese orphans interned at Manzanar from his memorial in Washington D.C. Or maybe we should just remove the whole memorial.

Both sides can play this game.
Posted by Fritz at 7:01 PM