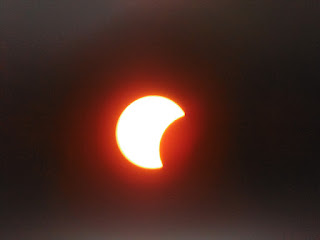 The solar eclipse was due to pass by today from 1:30 to 3:30. peaking at 2:42 at about 80%. I went out around 2 PM, and, using the eclipse glasses that Georgia had thoughtfully purchased from Amazon, saw this:

I took this picture by crudely slapping the eclipse glasses over the lens of my Lumix DMC LZ40 point and shoot camera. 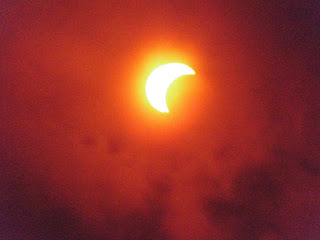 I went back in and taped the glasses over the lens, and went back out to try some more. We are mostly cloudy today, with occasional patches of blue, so here's one that is through thin clouds (and a faint doubling from shaking). 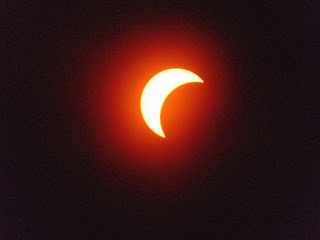 Getting close to as total as we were going to get. 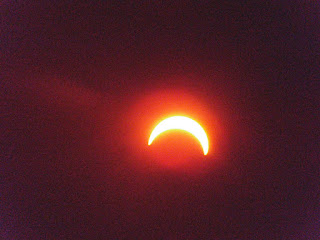 About 2 minutes after the peak. At this point, it was noticeably darker with the sun out, and according to my weather station, the temperature dropped from 88 to 82 F from 2:15 to 3 PM. Was that the eclipse? It's started rising again. 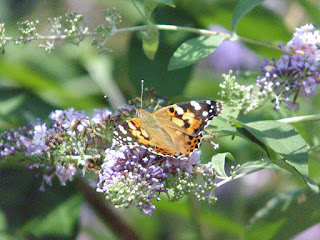 A Painted Lady who seemed unaffected. 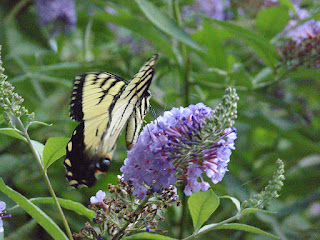