In Pursuit of the Wiley Frankenfish 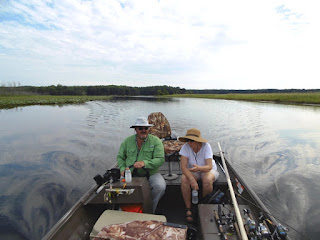 Yesterday afternoon, Georgia and I made our way over to Mattawoman Creek, where we had a charter trip with Capt. Mike Starrett of Indian Head Charters on a Largemouth Bass/Snakehead charter. We met at 3 PM for BBQ ribs and chicken, and were out on the water by 3:30. 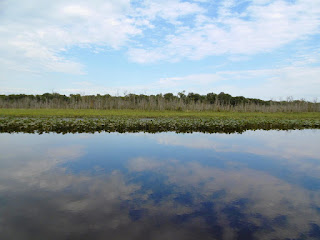 My usual scenes of Mattawoman shots. It's a shallow, tidal, largely freshwater creek, full of Hydrilla, Spatterdock, Pickeral weed, and other marsh plants. 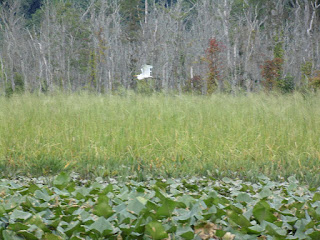 Bass fishing was non existent. Not a one. According to Mike, our recent cool weather cooled the water from the low 90s to the 70s, and drove all the ass into the deeper waters. 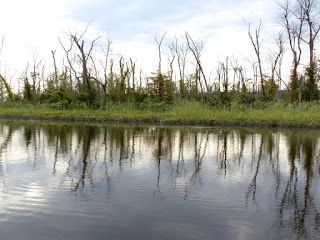 Mike polled us into shallow, weedy waters where we tried several techniques for Snakeheads, top water plugs, and rubber frogs 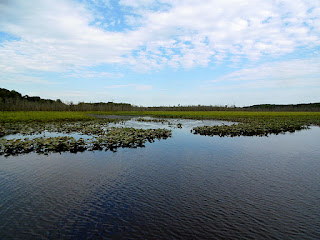 We had a few hits, including one where a Snakehead went airborne with a plug. 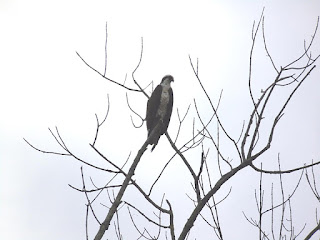 An Osprey overlooking the creek. 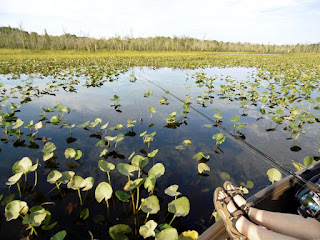 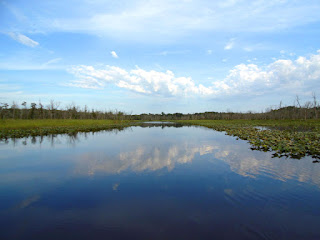 Near dark, I had my closest call. On a cast up into the bank, a freight train underwater seemed to home in on my frog. It grabbed it, hooked up and wrestled the fish close to the boat, where the fish and lure stuck in a lily pad, with it's head out of the water. Before we could get to the fish, it managed to throw the hook and escape. 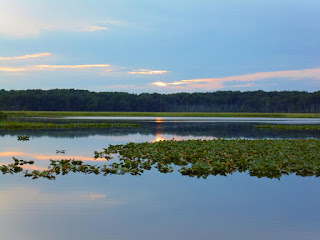 I had another big blow up on my frog a few minutes later. Mike insisted it had the lure sideways in it's mouth, but you couldn't prove it to me. I got at least three tries at the fish before it stopped responding. We left to go back to Slavin's Landing a few minutes later with the sun going down.
Posted by Fritz at 2:18 PM