Reason #5652 That Trump Was Elected

The Antifa movement. Nominally the "anti fascists", they could as readily have chosen their name for being anti-first amendment. They claim to be responding in self defense against violence from fascism and fascists. Powerline has a powerful visual essay rebutting that (and trashing the duplicitous New York Times along the way): New York Time Applauds Far-Left Violence.


Here is a photo of antifa responding to a violent window in Washington, D.C. during President Trump’s inauguration:

This violent car was one of many set on fire by antifa during the inauguration:

Here, antifa members burn an American flag, the mere existence of which is “violent”:

I’m not sure what this object is, but since antifa set it on fire at Berkeley it must have been violent:

Antifa rioters at Berkeley beat a violent man who is lying unconscious on the ground:

Funny how the heroes of antifa don’t like to be photographed. Why do you suppose that is?

This bystander was attacked on the street by antifa thugs at Berkeley:

This bank must have been really violent. It was destroyed by antifa:

Antifa rioters in Seattle burn another American flag. Those things must be really violent!

Just think how violent this guy must have been! It took four masked antifas to beat him up:

Antifa is nothing more or less than a fascist organization. Hitler’s Brownshirts had nothing on them. I thought their childish trick of naming themselves the opposite of what they really are wouldn’t fool anyone, but apparently it has fooled the New York Times. Or maybe the Times is just on their side. 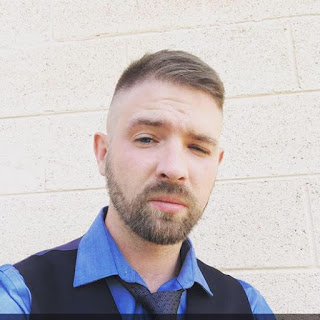 But as Billy Mays might say, wait, There's More!  Colorado Man Stabbed For Having Nazi Haircut


“All I hear is, ‘Are you one of them neo-Nazis?’ as this dude is swinging a knife up over my car door at me,” he said.
“I threw my hands up and once the knife kind of hit, I dived back into my car and shut the door and watched him run off west, behind my car.
“The dude was actually aiming for my head,” he added.

Witt has no tattoos or anything else that could be mistaken for a neo-Nazi look. In speaking with his friends, they say it must be his haircut. “Apparently, my haircut is considered a neo-Nazi statement,” he told the New York Post.