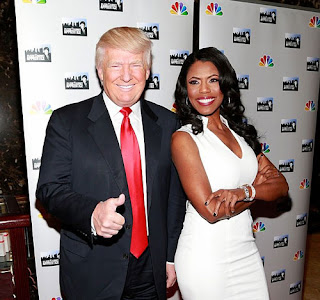 A panel discussion featuringWhite House aide Omarosa Manigault and relatives of two young black men killed by police degenerated into a tense, chaotic mess when audience members jeered and shouted at Manigault for her answers to questions.

Here's a short Twitter video of the opening of the encounter between Bounce TV's Ed Gordon and Manigault.

Omarosa and Ed are on their feet, giving every single journalist in this room what they came for - drama. #NABJ17 pic.twitter.com/ZBmE502V1F
— maya king (@mayaaliah) August 11, 2017 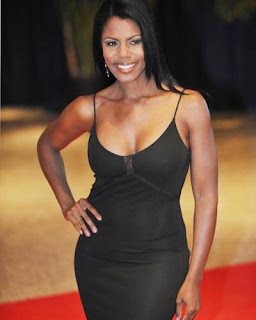 Gordon was a last-minute replacement as moderator when New York Timesreporter Nikole Hannah-Jones and Jelani Cobb of the New Yorker backed out of the panel, citing a fear that they would be unable to ask substantive questions about Trump's "policing policies."
Journalist Roland Martin pegged the event for exactly what it was: "Click bait folks are happy," he tweeted.
When Omarosa eventually took the stage, the conversation immediately grew heated. She was asked about the Trump administration’s policies on policing, and, at one point, said she couldn’t share private conversations with the president. She started out the panel by outlining those she had personally lost to violence, including her own father, brother and seven of her high school classmates. Then, Gordon asked her about the Trump administration and her seat at the table there. At one point, a video of Trump speaking played on the screen in which the president spoke about how he doesn’t want police to “be too nice. Like when you guys put somebody in the car when you’re protecting the head…like don’t hit their head when they just killed somebody. I said you can take the hand away.” 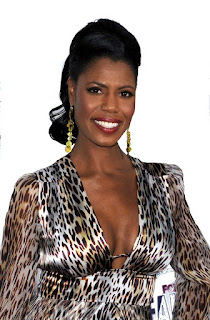 “Are you suggesting I should walk away?” Omarosa said to Gordon at one point. “We have to have a voice at the table.” At another point, she told Gordon, “Don’t be aggressive,” and stood up from her chair. “You’re dismissing my family story… and the other thing you did is call this a mess,” she said as Gordon tried to ask questions. “I’m doing my best to keep this as civil as possible,” Gordon said.
“Ask your question and don’t lecture me,” Omarosa said, accusing Gordon of “dismissing my family story” by switching questions to Donald Trump.
“I’m suggesting that the way this was put together became a mess,” Gordon said at the end of the event. “People started to drop out because they didn’t want to participate in it because they thought it was going to turn into exactly quite frankly what it is turning into,” he said at another point. “It is a mess,” he retorted to Omarosa at one point of the panel.
Omarosa and Gordon repeatedly spoke over each other during the panel as he tried to ask questions, especially about Trump’s policies and comments regarding police and the African-American community. She said she couldn’t disclose private conversations with Donald Trump. 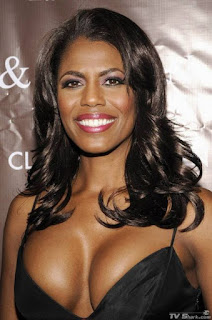 Manigault was very brave to enter the lion's den and stand up to the bullies. But there is little doubt that the convention organizers who invited her fully expected such an outcome and hoped to bring national attention to their gathering. It was a cheap publicity stunt and Martin is right: the organizers should be ashamed of themselves for dissing the mothers of slain children by turning the event into an anti-Trump circus.

One other thing became clear at this event: most blacks don't want engagement, don't want dialogue or discussion or debate with the president. If they do, they want it on their terms. They are marginalizing themselves with this attitude and making themselves politically irrelevant.

Being black and a woman, Omarosa is a natural target for the  "Shut up, they explained" leftists.