As bacckground Is Part of the Health-Insurance Market Entering a Death Spiral? It sure looks like it. Enrollment in unsubsidized plans has plunged 29 percent in a year. Or, to look at it from a democrats perspective, who cares about the people who work for a living? Anthem, Aetna Exit Obamacare Exchanges. Idaho Bracing For Astronomical ObamaCare Premium Hikes In 2018 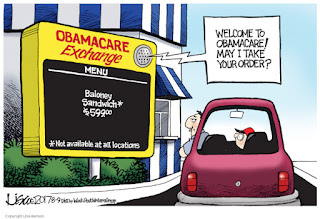 But, by way of Wombat-socho's "In The Mailbox: 08.03.17" the estimable Megan McArdle tries to Define Success or Failure for Obamacare


Some Republicans seem to expect the imminent heat death of Obamacare, perhaps next month. This is wrong. Most of the coverage expansion came from Medicaid, and Medicaid is operating about as it always does: expensive, maybe, but here to stay unless Republicans muster more votes than I think they can for radically altering the program. The exchanges are certainly covering fewer people and costing more than supporters expected, but outside of some rural counties, if they die, it will be over a period of years, not months.

On the other hand, the law’s supporters have been engaging in some energetic goalpost-relocation as premiums have risen and enrollment leveled off. So the fact that Ohio found insurers willing to sell in most of their counties is presented as good news, because hey, that’s only one county in Ohio where no one can buy insurance! People talk excitedly about how this or that state government has found a way to reduce premiums -- a way that turns out to consist of pouring extra subsidies into the system. And huge rate increases are waved away because at least they’re not as huge as last year’s. A fictional sales patter I once saw conjured: "Sure, 37 mph isn’t very fast for a sports car, but you have to compare that to hopping!” 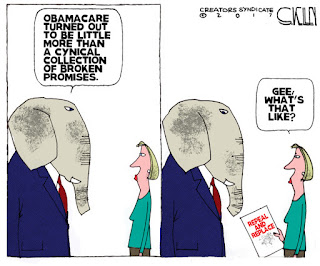 Large swathes of the country have only one insurer, and a few may have none. (Those places tend to have little in the way of population, to be sure, but who in 2010 would have said that “success” for Obamacare included completely destroying any rural insurance markets?) In many places, recent premium increases have rivaled or surpassed the kinds of hikes that were once presented as the reason we needed to pass Obamacare. And enrollment has stopped growing well short of market saturation, which means that yes, the individual markets are still vulnerable to a death spiral, particularly in the off-exchange, unsubsidized segments. Does that mean that it will literally be impossible to buy insurance anywhere in the United States? Probably not. But just how many places have to face serious problems before we say Obamacare isn’t working?

More from Megan: States Have Some Bad Ideas for Keeping Insurers. But at least a bad idea in one state can be rejected in another, instead of imposing a bad idea nation wide.

You might judge it's success by noting Dems suddenly scrambling to come up with ObamaCare fix. Do you scramble to fix something that's working? McConnell Says He Would Consider Continuing ObamaCare Insurer Payments. The American Spectator proposes A Bold Way to Revive Obamacare Repeal. Health savings accounts? Why would Americans save for healthcare when they can make other Americans pay for it? I like the idea, but I doubt the Republicans have the stones to impose it. 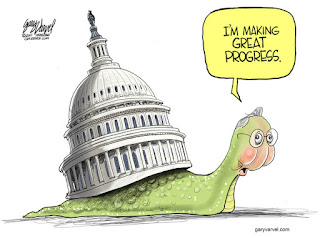 For a lighter touch: Republican donor from Virginia Beach sues GOP, accusing the party of fraud over failed Obamacare repeal. Good luck with that. Via Wombat-socho's "In The Mailbox: 08.08.17", the Shark Tank calls out The Obamacare Repeal and Replace “Flip-Flopping 7”. Sen. Johnson: Sorry For Suggesting McCain’s Brain Cancer Was A Factor In His Obamacare Repeal Vote. MCain's behavior was plenty erratic and "mavericky" enough before. Trump Hits McConnell: After Seven Years Of Repeal Promises, Why Were My ObamaCare Expectations “Excessive”?

Senator Mitch McConnell said I had "excessive expectations," but I don't think so. After 7 years of hearing Repeal & Replace, why not done?
— Donald J. Trump (@realDonaldTrump) August 9, 2017 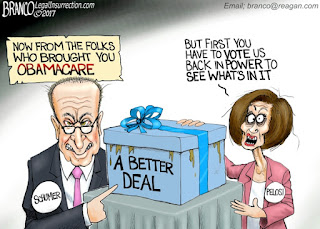 
“Health care in Canada isn’t free—Canadians actually pay a substantial amount for health care through their taxes, even if they don’t pay directly for medical services,” said Bacchus Barua, senior economist with the Fraser Institute’s Centre for Health Policy Studies, in a statement. He is the co-author of the institute’s report: The Price of Public Health Care Insurance, 2017.

For all those tax dollars, there is still a long waiting list for a host of operations, both routine and urgent. Another Fraser Institute study recently revealed that 63,000 Canadians left the country in 2016 to seek medical assistance elsewhere — usually the U.S.

The think-tank compiled information from Statistics Canada and the Canadian Institute for Health Information to base its claim that the “average Canadian family with two parents and two children with a household income of $127,814 will pay $12,057 for public health-care insurance this year.”

Barua told The Daily Caller that Canada is in a health care crisis. “Services are being rationed. In our last report on wait times in Canda, we discovered that the average wait time from referral to treatment was 20 weeks. That was the longest wait time in the history of our survey,” he said.

Dem Senator: You Know, Single-Payer Really Isn’t The Best Option. Will Bernie Sanders Insistence On Single-Payer Spoil Democrats’ Chances In 2018? One can only hope.