A whole lot, after giving it a day off.

Not as bad as it sounds; State Dept Suspends Review into 'Top Secret' Clinton Emails. They're getting out of the FBI's way. Is the FBI serious? Huma thinks so: Huma Abedin on her emails being out there: 'terrifying'. I'd be sympathetic to a relatively young person caught between the Clintons and a hard place, but then I think about Scooter Libby and I chuckle.


Funny. While most politicians at least pretend to adhere to a standard of "avoidance of the appearance of impropriety" the Clintons have always maintained that they should be held to a standard of "not indicted yet". And now this pathetic Clinton Courtier Fournier tells us we can't indict her, since she's a Clinton running for office. Perfect Catch 22.

Back to the beginning, Hacker 'Guccifer' extradited from Romania, appears in U.S. court. It was Guccifer who first revealed to the public at large that Clinton was using a super secret, ultra secure email server to handle her State Dept. email needs by publishing correspondence between Hillary and Sid 'The Shiv' Blumenthal. Lot's of State Dept people knew first, but they weren't turning them over in response to FOIAs. The media as a whole, outside of Fox and right wing bloggers have Tried To Ignore It.

Hillary Clinton’s Support Among Nonwhite Voters Has Collapsed and when most of her hope is in the black vote, that's a problem. And the "Big Dog" Bill Clinton struggles to fill room in Wisconsin. But Hillary has the LGBTQRSETERYSDDSR vote locked up: Hillary Clinton wears leather, talks trash and blows a stop light.

Just to be fair, Hot Air is defending Hillary (sort of) for getting nasty over Green Peace and Bernie Sanders attacks on her for taking money from people who work for the oil companies:


So does Hillary have a point? Well, kind of — as it relates to her campaign, anyway. Getting hard-money direct donations from people who work in an industry is not the same as getting donations from the industry. It’s still illegal to for candidates to accept corporate donations. Besides, both Bernie and Hillary are raising in excess of 100 times the amount in question every month, which makes it silly to claim that a candidate has been bought because 1/1000th or less of what she’s raised comes from people who work in a particular industry.

However, Bernie isn’t burning her as much on direct donations as he is on oil-industry support for Hillary’s super-PAC. Corporations can donate to super-PACs, but the super-PACs can’t coordinate with the candidates either on funding or action. Legally, Hillary has no control over it, which again makes this a silly argument. Sanders blames campaign-finance laws, and he’s right about that but wrong about the solution.

But it's hard to blame her for getting touchy, she thought she'd be through with this nomination BS, and onto to the big media build up by now: Clinton's frustration grows, as primary race drags on. 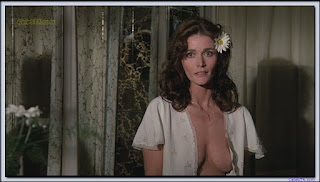 Margot Kidder, Rule 5 Extraordinaire details how Hillary and the DNC is using the rather arcane election finance code to Buy the Loyalty of 33 State Democratic Parties:


Collusion between the Clinton campaign and the DNC allowed Hillary Clinton to buy the loyalty of 33 state Democratic parties last summer. Montana was one of those states. It sold itself for $64,100.

The Super Delegates now defying democracy with their insistent refusal to change their votes to Sanders in spite of a handful of overwhelming Clinton primary losses in their own states, were arguably part of that deal.

In August 2015, at the Democratic Party convention in Minneapolis, 33 democratic state parties made deals with the Hillary Clinton campaign and a joint fundraising entity called The Hillary Victory Fund. The deal allowed many of her core billionaire and inner circle individual donors to run the maximum amounts of money allowed through those state parties to the Hillary Victory Fund in New York and the DNC in Washington. . .

It surprisingly cogent for a Hollywood star. I don't agree with the premises that election spending needs to be controlled, but it's kind of neat when the dog speaks at all. . .