A lot of material after a day off.


The State Department has agreed to a conservative legal group's request to question several current and former government officials about the creation of Hillary Clinton's private email system.

The agreement filed late Friday with the U.S. District Court in Washington comes after a judge consented to allow the group Judicial Watch "limited discovery" to probe why Clinton relied on an email server in her New York home during her tenure as secretary of state.

Will the Wheels of Justice Grind Hillary? Probably not. The Magic 8-ball suggests the fix is in. But Hillary is taking it seriously enough to hire a good attorney: The Longtime Clinton Attorney Now Representing Hillary in FBI’s Criminal Probe. He's had lots of practice defending the Clintons. Protesters shout at Hillary: ‘She is guilty, she is evil!’ I agree. Vermont Gun Rights Group to Clinton: You’re a Liar! And not even a particularly talented one, despite years of constant practice. 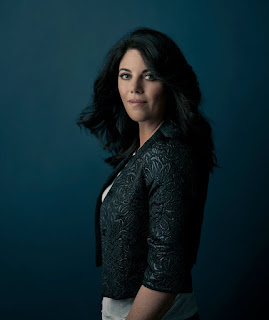 Monica Lewinsky says the Clintons are like tar babies: ‘The shame sticks to you like tar’. Monica's looking better, she seems to have lost the baby fat.

According to Maureen Dowd Hillary Is Not Sorry. I suppose that depends on the meaning of the word "sorry".

While Hillary continues to campaign against the big money and banks, a not so surprising number of her donors have enough money to get tied up in the Panama Papers.

Betrayed by a another woman, Sen. Gillibrand Says Clinton Should & Will Release Wall Street Speech Transcripts. When pigs fly. Today's interesting factoid:
Bernie Earned Less in Year than Hillary Made in Single Speech. She gets paid a lot for doing nothing, while he get paid poorly for the same thing. I guess you could say she does nothing well, and he does nothing poorly.
Finding her proper place in life, Hillary Clinton Gets Really Excited Playing Dominoes at Senior Home. I'll bet she cheats.

Feeling the Bern, Tech workers protest Clooney event for Clinton. 'They sell you a dream'. And like many dreams, it turns weird and scary.

The Big Dog (who won't stay on the porch) is getting irritated with Bernie: Bill Clinton Swipes at Bernie Sanders Supporters


"I think it's fine that all these young students have been so enthusiastic for her opponent and say, 'It's all good, just shoot every third person on Wall Street and everything will be fine,'" Clinton told a small afternoon audience in Washington Heights.

Yeah, that would cause a sharp drop in the Clinton's income.


Wombat-socho has the giant "Rule 5 Sunday: Blue Shirt Double-Dip Edition" ready at The Other McCain.
Posted by Fritz at 9:59 AM