Yoga is All the Rage These Days 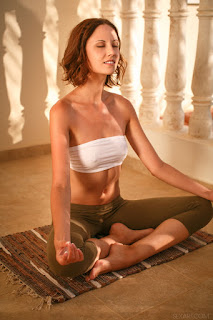 
Created by a Calgary, Canada resident named Lindsay-Marie Istace after "the really painful breakup of a long term relationship," Rage Yoga is meant for those who are hoping to improve their posture and flexibility, but have never felt at ease in a modern yoga studio.

Or for those who just have a little extra aggression they need to work out.

"Want to better your strength, flexibility and become zen as f—? Enjoy the occasional f-bomb or innuendo?" the site reads. "You've come to the right place." 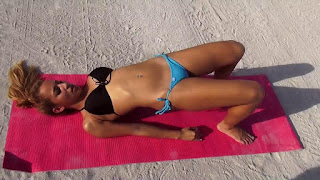 Istace also encourages participants to feel free to swear and drink while posing, telling Vice that "as soon as people get into the sequences they tend to naturally drink slowly." Metal music is also often played too, with albums by the likes of Metallica and Black Sabbath spinning in the background. 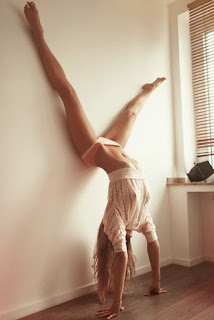 The head of my Tae Kwan Do style used to say "Two beer, one scotch, good focus!" in his Korean accent. I think it would tend to spoil mine, though.

The whole thing may seem like blasphemy to those that consider yoga a highly spiritual process, but to Istace's fans, it's a respite and a quirky alternative to partaking in yoga as we know it today. It's also a welcomed option for some of those feeling uncomfortable by the generally quiet practice, or turned off by the yoga's less hardcore reputation.

This must be cultural appropriation or something. They stole swearing from sailors.

Linked at Pirate's Cove in the weekly "Sorta Blogless Sunday Pinup" and links. Wombat-socho has the giant "Rule 5 Sunday: Blue Shirt Double-Dip Edition" ready at The Other McCain.