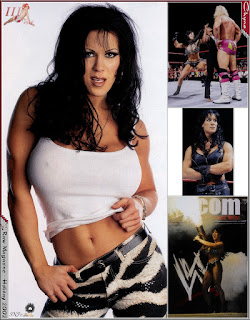 
Chyna, who rose to fame as a wrestler and actress, was found dead Wednesday in her Redondo Beach home, her manager said.

Anthony Anzaldo said she was found in the afternoon and that no cause of death had been determined. She was 46.

Redondo Beach police received a call from Anzaldo and the apartment building manager around 3:25 p.m., Lt. Todd Heywood said. When officers arrived, they found her dead on her bed.

The Police Department was investigating, but there were no obvious signs of foul play, Heywood said.

I'll be pissed if Keith Richards outlives me.


Wombat-socho has the giant "Rule 5 Sunday: Blue Shirt Double-Dip Edition" ready at The Other McCain.
Posted by Fritz at 12:00 AM