It wasn't the first time that Obama has suggested that he doesn't think there's much to the email controversy. In October, he said flatly he didn't think the set-up posed a national security problem.

Each time he weighs in, it raises legal experts' eyebrows and roils political adversaries. Republicans this week have suggested Obama is signaling prosecutors to go easy, and using a different standard for Clinton that has been applied to other administration officials investigated for mishandling information, like former CIA Director David Petraeus.
. . .
"It does raise concerns for prosecutors," said Peter Henning, a law professor at Wayne State University and a former federal prosecutor. "If it's a close case, how am I to judge whether to pursue charges when the president has said he doesn't think there's anything there? I don't think it will prejudice any decision but it certainly gives the appearance of that." 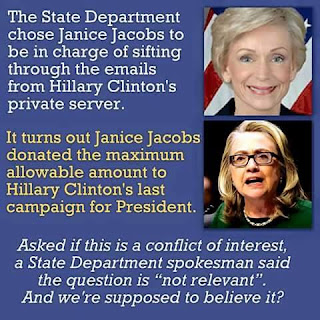 Or in the words of Joe Scarborough on Clinton email investigation: ‘Rigged, rigged, rigged, rigged.’ Being a Clinton, everything hinges on the meaning of a word, in this case according to Obama The Word 'Classified' Means Whatever We Need It To Mean.


Classification: all things to all people, as long as it allows officials and agencies to control narratives and disrupt public accountability. No matter what the FBI concludes from its investigation into Hillary Clinton, Obama has already granted her a pardon. 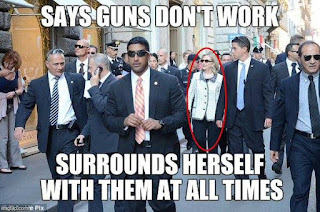 In a play for the Red States  Hillary Nods Approvingly As Supporter Claims Gunmakers Are Turning Americans Into Terrorists and goes on to suggest that guns are faulty toys:  Clinton’s latest reason to sue gun manufacturers: Hey, we can sue toy companies. Can we sue her for killing the Benghazi four?

The Chutzpah is strong in this one: Team Clinton: Sanders ‘rigging the system’ with quest for superdelegates 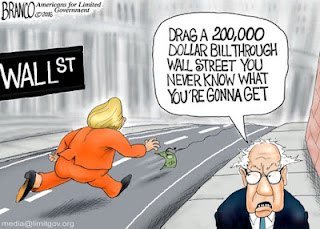 Steal billions from investors, no problem, but have an overdue library book…


Now you liberals please pay attention to this. This is what caused the financial crisis. It’s the story of how Barack Obama protected his pals on Wall St and stiffed the American people.

On Monday the “Justice” Department proudly announced a settlement with Goldman Sachs for its role in contributing to the financial crisis:


“Today’s settlement is another example of the department’s resolve to hold accountable those whose illegal conduct resulted in the financial crisis of 2008,” Benjamin C. Mizer, head of the Justice Department’s Civil Division, said in a statement.

So exactly who was held accountable? Answer: investors. Those who actually committed the misdeeds- the Obama supporters and those who paid Hillary those ridiculously exorbitant speaking fess- skated. No one is going to jail.

Goldman screwed investors and it knew all along what it was doing . . .

Yes, it’s the same Goldman Sachs that pays Hillary Clinton boatloads of cash. It’s not hard to imagine her cackling about how Goldman bankers escaped prosecution during one of those highly paid gigs. 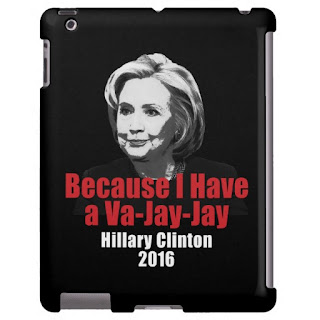 The foundation’s 2013 IRS form 990 reveals that nearly three times as many men as women occupy the executive suites at the Little Rock, Arkansas-based foundation.

The numbers were in stark contrast to former Secretary of State Hillary Clinton’s campaign-oriented “Equal Pay Day” speech, which she delivered in Silicon Valley Tuesday. She charged that equal pay for women was “long overdue.”

We all know why this happens, but we need to rub their noses in it, good and hard, so they'll be forced to say it out loud. 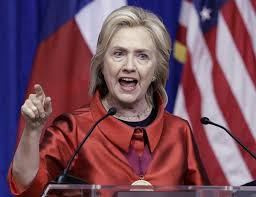 And to end on a comedic note, Hillary's spokesman, John Podesta, promised (again) that Hillary would get to the bottom of the UFO question:


Long time Clinton associate John Podesta may have been watching because he’s assuring conspiracy theory fans across that nation that if Hillary Clinton gets into office, she’s going to get to find out if the Truth is Actually Out There and let you all in on it.


There are many weighty issues in this year’s presidential campaign, from tax policy to how to deal with the threat from ISIS. But Hillary Clinton and her staff have repeatedly made time to address another apparently pressing concern: the possibility that aliens have visited Earth, and the U.S. government has covered it up. 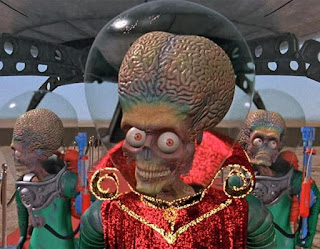 If her clothes designer is any indication she may know more that she's letting on.


On Thursday, Clinton’s campaign chairman, John Podesta, told CNN that federal agencies “could do a much better job in answering the quite legitimate questions that people have about what’s going on with unidentified aerial phenomena.” He said Clinton would push for answers if she gets to occupy the Oval Office starting next January.
“What I’ve talked to the secretary about, and what she’s said now in public, is that if she’s elected president, when she gets into office, she’ll ask for as many records as the United States federal government has to be declassified, and I think that’s a commitment that she intends to keep and that I intend to hold her to,” Podesta said.

Whatever the truth is, you'll never get it from a Clinton. They lie just to stay in form.
Posted by Fritz at 8:17 AM