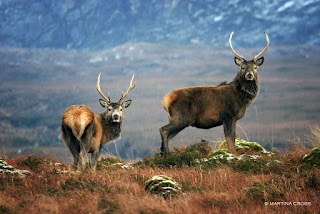 DNA analysis revealed that deer on Scotland's northermost islands were unlikely to have come from the closest and seemingly most obvious places -- mainland Scotland, Ireland or Norway, said a study in the Royal Society journal Proceedings of the Royal Society B.

"Our results imply that Neolithic humans were transporting deer considerable distances, by sea, from an unknown source" some 4,500-5,500 years ago, co-author David Stanton of Cardiff University told AFP by email. 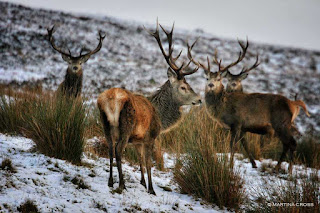 That puts it around the time of Stonehenge, which was started around 3,000 BC


"These results are surprising... The evidence suggests that we have misunderstood our relationship with this species," he added.

"Perhaps humans managed deer, having long-term relationships with herds that allowed them to plan, capture and transport deer on longer voyages."

It was known that late Stone Age humans had transported cattle, sheep and pigs by boat, but not large wild animals, and not over such vast distances. 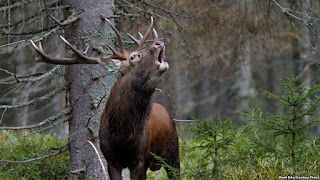 I wouldn't want to be in a small leather boat with a bull elk, either.


Red deer, said Stanton, were central to life in Britain from the end of the last Ice Age about 11,000 years ago to the arrival of the first late Stone Age farmers.

The animals provided crucial nourishment, skins, sinew, bones and antlers -- used to till the soil, among other things. 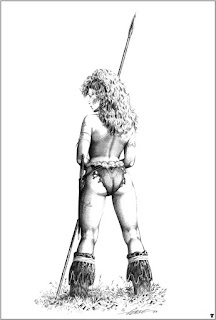 Scientists say all animals, including deer, found on the islands today must have been introduced by seafaring people.

The islands were covered in ice during the last "glacial maximum", a period of deep Earth freeze, and have since been separated from each other and the mainland by spans of ocean too wide for deer to swim.

It was therefore thought the deer must have been brought from nearby, possibly from mainland Scotland, boat-hopping from island to island with short spurts of swimming in between.

But DNA analysis of Neolithic deer bones found that those on the most distant, northern islands, were genetically dissimilar to deer from Britain, Ireland, the western European mainland or Scandinavia.

"The hunt is now on to find the ancestors of these deer," said Stanton. 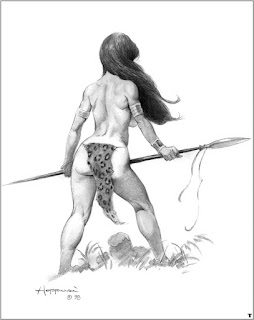 That seems to rule out most of the nearby regions, but how about Doggerland?


Doggerland was an area of land, now lying beneath the southern North Sea, that connected Great Britain to mainland Europe during and after the last Ice Age. It was then gradually flooded by rising sea levels around 6,500–6,200 BCE. Geological surveys have suggested that it stretched from Britain's east coast to the Netherlands and the western coasts of Germany and the peninsula of Jutland. It was probably a rich habitat with human habitation in the Mesolithic period, although rising sea levels gradually reduced it to low-lying islands before its final destruction, perhaps following a tsunami caused by the Storegga Slide.

The timing is not quite right, but where else would they come from?
Posted by Fritz at 5:00 AM