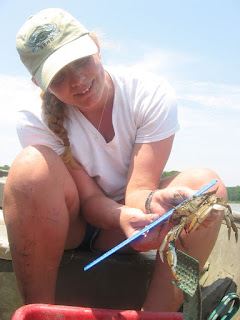 ere are more than 550 million blue crabs in the Chesapeake Bay, an increase of more than a third over this time last year and one of the highest population counts of the past two decades.

A winter dredging survey found the strongest growth in the populations of adult male crabs, which more than doubled. The number of spawning females, a key barometer for future population growth, nearly doubled but remained slightly below a target population count of 215 million.

"With an increase in abundance and steady recruitment, we fully anticipate a robust crab season this year." 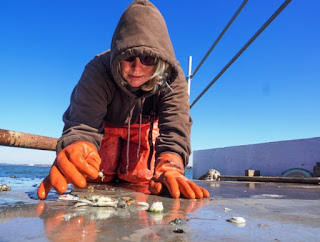 The results could prompt environmental regulators to loosen restrictions on harvest limits for female crabs.

The state natural resources department and the Virginia Institute of Marine Science conduct the survey annually between December and March using dredging equipment to capture and measure crabs at 1,500 sites around the bay. Scientists consider that method reliable and accurate because the crab population is largely burrowed in mud deposits during the winter. 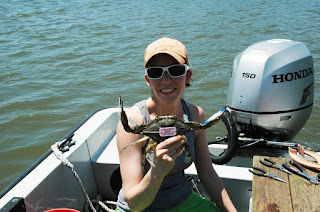 The results show a continuing rebound in the crab population. The winter 2014-2015 survey found 38 percent growth over the previous winter. The 2015 crab season that followed brought a 42 percent increase in the bay-wide harvest, and for an eighth straight year, the harvest was considered to be a sustainable level.

The population count is the fourth-highest in 20 years.

It's one of the most common questions I get about the Bay. "How are the crabs doing". Maryland is rightly known for it's crabby preferences, and many people who never get near the Bay enjoy their crab feasts. They may not care if the Bay is clean, as long as it's producing fat, healthy crabs.

While they've had a few bad years, crap populations seem to respond as much to weather as to fishing; it's very important that the little crab come into the Bay, and that depends to a large extent on weather.

Wombat-socho has the grand linkfest "Rule 5 Sunday: The Tax Deadline Cometh" up at The Other McCain.
Posted by Fritz at 4:07 PM