The European All Father 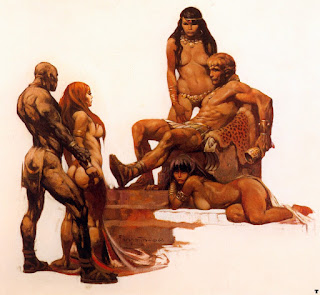 It’s good to be the king. One man, thought to be a monarch, used his potent baby batter to change the course of history four thousand years ago, after scientists discovered a genetic link to half of all men with western European heritage living today.

Researchers from the Wellcome Trust Sanger Institute don’t know who it was or where exactly he lived, but they believe advancements in metallurgy, war, and wheel technology created a boom of elite nobles who partially ‘purified’ humanity’s bloodline, according to a study published in Nature Genetics this week. 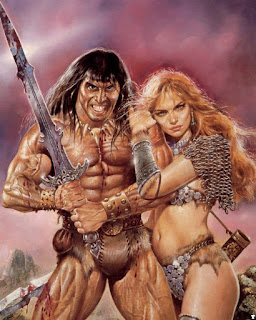 Purified? In what sense? In the sense of overwhelming the original diversity?


Looking at the Y chromosome, which is only passed from father to son, 1,200 men from 26 populations helped scientists trace back four millennia of mutations to a single ancestor.

“Wheeled transport, metal working, and organized warfare are all candidate explanations that can now be investigated further,” Dr Chris Tyler-Smith told The Telegraph.

Coming out of the Stone Age, the chieftain and his descendants controlled the population and reproduction through a new hierarchical system of powerful elites which, much like his bloodline, continues to this day.

I see this as a Conan like character,  rambling around Bronze Age Europe, inseminating a lot of women, and ultimately becoming a chieftain or even a king. Was this the person from which the myth of Odin, Woden, or Woten, just to name a few. A guy like that might leave a lot of stories behind.

Wombat-socho has the giant "Rule 5 Sunday: Blue Shirt Double-Dip Edition"  ready at The Other McCain.
Posted by Fritz at 8:06 PM