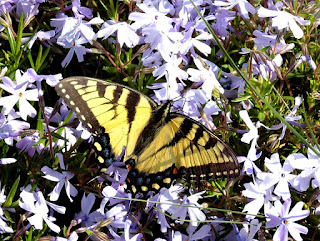 After band practice, and shopping, Georgia, Skye and I set off around the neighborhood for a walk to get rid of Skye's yaya's.  First stop was a patch of phlox in the garden where a female Eastern Tiger Swallowtail was gorging on nectar. This isn't really the beginning of butterflies, but it's my first decent picture. I really started seeing them in mid March, first a Cabbage White, and then in rapid succession, Spring Azures, Henry's Elfin, Clouded Sulphur, Falcate Orangetip, Zebra Swallowtail and the Eastern Swallowtail. Last year, I saw my first butterfly in mid April. 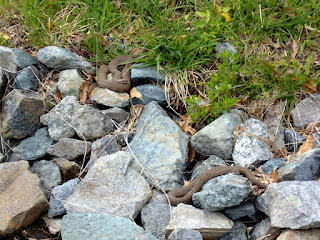 Down by the harbor,  there were snakes everywhere in the rocks trying to warm themselves. 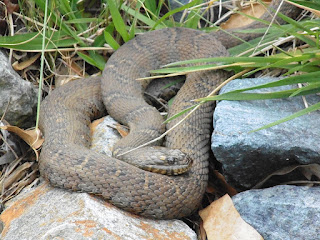 These are Northern Water Snakes quite common near the Bay. Not poisonous, they are aggressive when irritated, and apt to bite. 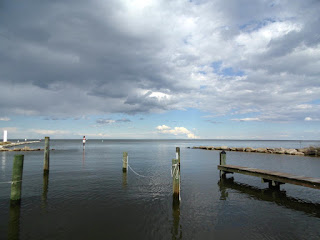 Looking out of harbor mouth. It was a very high tide, but we didn't go onto the beach and headed home instead. 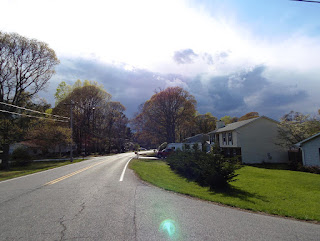 On the way home, we found ourselves faced with this oncoming, rumbling cloud. We made it home with at least 10 minutes to spare before the pea sized hail started. But it only came down for a few minutes.
Posted by Fritz at 6:21 PM