Can the Broncos Stomp the Patriots? 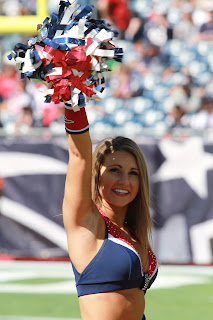 I don't really have a druther for this one. Patriots decides to accept the first kick, and starts at the 20. First down to Edelman at the 35, flag on the play, holding Broncos, declined. No more progress, and Patriots must punt.

Should have called a fair catch, oof. Manning takes the ball at the 17. Incomplete. Another incomplete to Davis. Third pass caught by Sanders for a first down. Oops, loss of 1. Norwood catches one at the 40 for a first down. Anderson goes 2 on a run. 2 more for the Broncos on the ground.  Pass interference on the Patriots gets them a first down at the 37 of the Broncos. Caldwell catches a pass at the 20. Run play loses one. Touchdown pass to Daniels, kick is good, 7-0 Broncos. 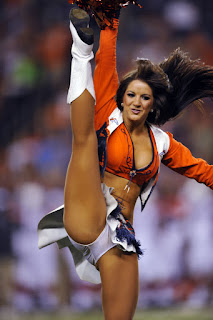 Kick off goes through the end zone, Brady and the Patriots start at the 20. 7 yards, then an incomplete. Brady throws out of bounds, Ryan Allen punts. 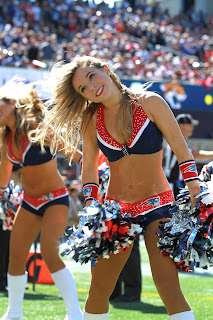 Broncos from the 26. Third and 8.  Challenge on "forward pass." Challenge upheld, Patriots take over.

Patriots to the 1, Touchdown Patriots on a run, kick is a miss! 7-6 Broncos.

Broncos start at the 20. 3 yards on a run. Three more on a busted pass play. First down pass to Sanders at the Patriots 40. Another yard. End of the first quarter.Third and 9. Incomplete pass, punt received at the 14 for the Patriots.

Brady throw it away before being hammered. Bronco's Miller intercepts at the 16!

Incomplete pass, Four on a run. Touchdown pass to Daniels in the right corner of the end zone, kicks is good, 14-6 Broncos. 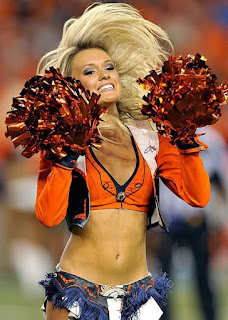 Patriots move the kickoff to the 24. Long pass, overhead. Time out, Patriots. Bronkowski at the 43, first down. False start Patriots, first and 15. Two on the ground. Third and 9. Pass incomplete, flag, illegal contact Broncos, first down at the 49. No gain, pass for a first down to Eisley? Third and 10 at the 40. Brady runs for a first on a busted play at the 29. Incomplete to Edelman. 7 yards to White, third and 3. Brady sacked by Wehr and Miller for a loss of 6. Field goal attempt good. 14 - 9 Broncos.

Patriots from the 20. Three on the ground. Anderson for a couple more. Manning in trouble, throws it away, 4th and 5. 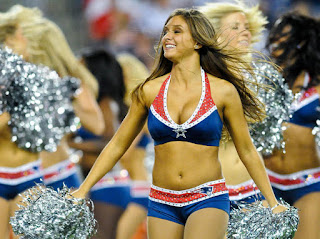 Punt goes out of bounds at the ?, flag on Broncos, unsportsmanlike conduct. Start at the 41. 4, then one, then intercepted by Stewart. 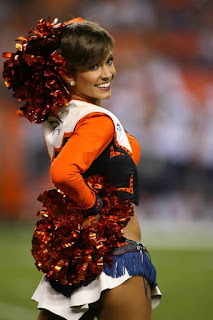 Patriots kick goes through the end zone, Broncos from the 20. Nothing. Manning sacked at the 5 by Hollins. 3d and 23. Punt. 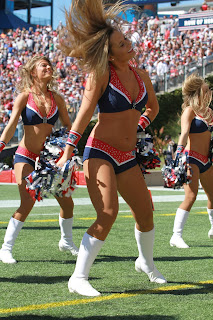 Patriots from the 32. Incomplete to Gronkowsky. Bronkowski gains 32, out to the Broncos 36. To Edelman at the 30. Amendola, for a first down at the 20. Incomplete to Walker in the endzone. Incomplete, third and 10, incomplete. Field goal good. 17-12 Broncos.

Kickoff caught in the end zone, Broncos from the 20. No gain for Anderson. Incomplete, third and 10. Busted play, Manning runs for the first down near the 32. Latimer a big catch at the 47. To Sanders for third and 1. Butler stops Anderson? 4th and 1, punt,  caught at the 8. 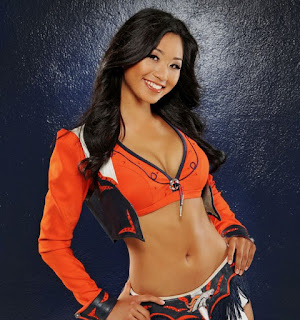 Tilman for 4. Manning sacked at the 33. Third and 19. Nine yards. Time for another punt. Broncos catch it before it goes to the end zone and ground it at the 4.

Amendola for most of 10. Brady sneaks it across. Gronkowski 11 for a first down. Brady grounds it. Then throws it out of bounds, third and 10. Brady sacked by Miller. Punt, down at the 40. End of 3d quarter.

Three yards for the Broncos. Sanders for 6ish. Anderson for a long first down at the 22. A few. Some nowhere. Third and 2. Pass to Sanders, down to the 8, first down. Anderson loses 4. Incomplete, third and goal. Incomplete in the end zone. Field goal kick by McManus good, 20 -12 Broncos. 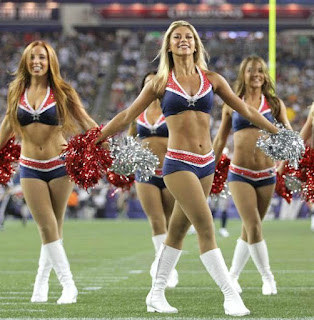 Patriots take the kick off at the 20. Incomplete pass, 6 yard catch, flag on Broncos, personal foul. Helmet to helmet. First down at the 43, 4 more. First down at the Broncos 44. Incomplete to Gronkowski.  Bronco's Ward on the ground. 2nd and 10. Incomplete long pass to White. Edelman catches on at the 26, first down. Long pass to the end zone, incomplete. 9 yards, 4th and 1, and they go for it. Pass to Edelman stopped behind the line, and the Broncos take over at their 17.

A yard, an incomplete pass, False start Broncos, back to the 13. Pass for 7, but need to punt. 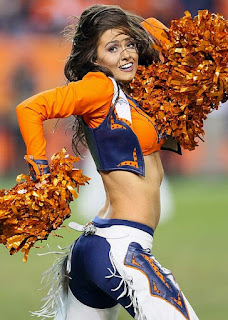 Patriots' Amendola gets a couple to their 29. Brady throws it away. White catches a pass for 16. Gronkowski for 29 yards on a pass, at the Broncos 28. Five yards, Incomplete, flag. Hold on Broncos. Ball at the 18, first down. To White for another 9. Incomplete, false start offense, third and 6. Pass to Amendola ruled incomplete. Denver will challenge because they recovered it. Overruled. Pass to the end zone no good.

Broncos take over at the Broncos 9. Three and out.  2 minutes

Patriots run it out to the 50. Nada, then incomplete, Brady throws it away before a sack.  First down, Gronkowski at the 10! Nothing, then 6, then incomplete. 4th down and goal. 17 seconds. Touchdown to Edelman, 12 seconds left. Two point play is . . . . Intercepted.

Onside kick recovered by Bronco. Broncos win 20 - 18! Eli Manning and the Broncos will go the to Superbowl.