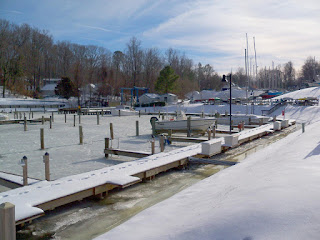 After chipping away the hardened snow on the front porch this morning, I thought I should go down to the docks, and check on the boat. I wasn't afraid of it sinking; it's the one sitting on the lift, but I did worry a little about all the snow and ice. I spent about an hour clearing snow, chipping ice, and getting down into the bilge, which was frozen solid despite the anti-freeze I had added a few days before El Ninsnowmaggedocalypse. The harbor has a nice layer of pancake ice. 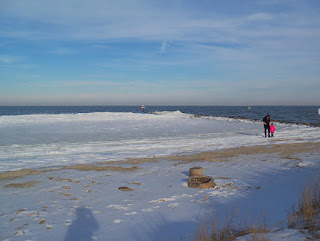 After I was done, I swung by the beach just to see. Here you can see that sea ice has piled up behind the north side of the jetty. I suspect it's not frozen Bay so much as snow that gets mixed in by the tide, and floats around. It won't last long, and it would be a mistake to try to walk on it. I know that from practical experience. 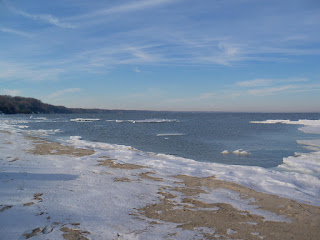 Not much snow settled on the beach, thanks mostly to the high winds that accompanied the storm. 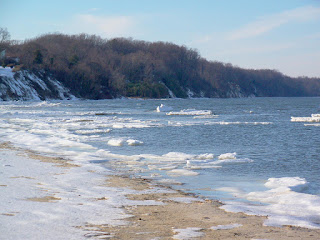 It does make for a very arctic looking landscape.
Posted by Fritz at 5:30 PM