Where Are All the Aliens? 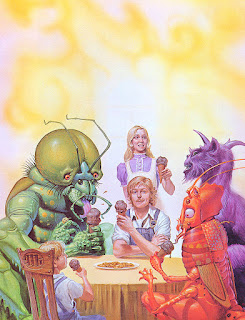 Killed by Global Warming, according to a new theory at Discovery: Why Can't We Find Aliens? Climate Change Killed Them

In new research published in the journal Astrobiology, astronomers of The Australian National University (ANU) pondered this scenario and realized that young habitable planets can become unstable very quickly. What once was a life-giving oasis becomes a hellish hothouse or frozen wasteland very quickly. 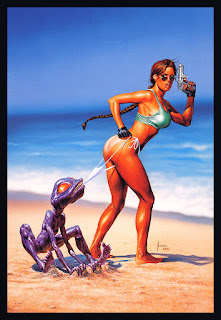 The sun is now about 30% brighter than it was after it was first born from a nebula. It will continue to slowly warm for several billion years before becoming a red giant. For the last 4 billion years or so, the Earth has been able to support liquid water, the primary requirement for life as we know it.


For decades we’ve been pondering our place in the universe and tried to theorize why we’ve uncovered no evidence for extraterrestrial intelligences. With all the stars and planets in our galaxy and all the water and prebiotic chemicals that are known to exist, there must be other intelligent lifeforms. But there’s no sign of them. This problem is known as the “Fermi Paradox.”

Chopra and Lineweaver suggest their new research provides some answer to this paradox and call it the “Gaian Bottleneck.” If life isn’t given a chance to stabilize its biosphere, then it’s doomed. 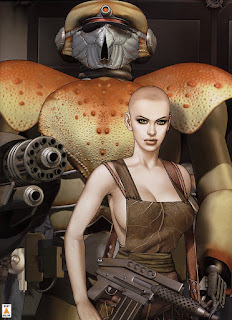 You know, it's a long way out there, so even at light speeds the time between stars would be prohibitively high, and the energetic costs extreme. Compared to the time life has existed on earth, the time a species that can even begin to contemplate moving between the stars has been an infinitesimal fraction. The chances of finding a nearby system in the same state are very low.

Earth was given this opportunity, and life emerged from the Gaian Bottleneck to help form the life-giving oasis we take for granted today. Earth and its complex interplay of feedback cycles created what can be seen as a superorganism, where all life on its biosphere has a role to play in its evolution. (This is known as the “Gaia Hypothesis”, a relatively controversial idea formulated by James Lovelock and Lynn Margulis in the 1970s.) 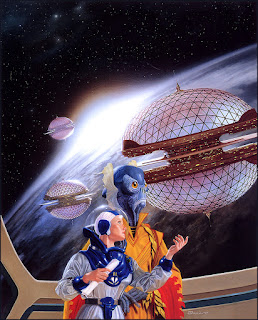 Lovelock is a nut.


But now we have an intelligent lifeform that emerged as a dominant force, interrupting and exploiting our planet’s natural cycles. Humanity has inadvertently created a new bottleneck — let’s call it the “Industrial Bottleneck” — by causing irreversible changes to our delicate biosphere. Now, we’re seeing rapid impacts on our civilization as the balance in our climate is knocked off-kilter by the inexorable rise of greenhouse gases from industrial processes and energy needs.

Except that the climate hasn't changed in the last 18 years as the CO2 continues to climb.

I remember the good old days of the Cold War when Sci-Fi books promulgated the theory that aliens were not breaking down our doors either because they had been eliminated by their own atomic wars, or because we were in quarantine because of ours.

Wombat-socho has the mega "Rule Five Sunday: The Two Faces Of India"  ready at the Other McCain.
Posted by Fritz at 6:46 PM