The Hillary Clinton super secret private unsecured email scandals seems to be approaching critical mass. Tom Delay is the next player to claim that a Hillary indictment will be sought by the FBI. amid news that they are probing how classified info got onto Hillary’s secret server. Does he still have good sources in the FBI? According to Former Federal Prosecutor Andy McCarthy Hillary Clinton’s Email Scandal Appears Gravely Criminal. Ya think?

New footage of a Clinton State Dept. flack has emerged as much as admitting bragging that lots of material that ought to have been classified was flying around on Blackberry's during Clinton's time at the State Dept.

Just a comment regarding Bern's question. Revolution vs. evolution: Evolution turned minute specs of living chemicals in the sea into land mammals that evolved into whales. The system was not governed by a plan but rather by the fact that each step along the way worked. Revolution produced the guillotine. Even the American Revolution gave rise to a false start, the Articles of Confederation. We are lucky to have survived with our independence intact.

Along the way, Reporter fights Hillary Clinton email delay. As you may remember the State Dept. wants to delay the final dump of Hillary's email until after Iowa and New Hampshire, citing the super storm, which closed the government in DC for three day, without any assistance from the Tea Party or Ted Cruz. Seems fair; three days, thirty days, they only differ by a zero. However, some curmudgeonly conservatives are claiming its because Hillary’s State Dept. Is Attempting to Rig Iowa and New Hampshire Elections. Ya think?

The Washington Post this morning featured a long article on How David Petraeus avoided felony charges and possible prison time. From the Duffleblog: New DOD Regulations Confirm That OPSEC Doesn’t Apply To Everyone.


The Department of Defense is set to release new security rules later this week, making it clear that consequences for violations don’t apply equally to everyone, sources say. The revisions will make explicit what has until recently been an informal system that occasionally treated powerful people the same as peons, and, more rarely, sometimes failed to bring the wrath of God down on regular people acting out of conscience.
. . .
Clinton’s use of an insecure, private server for Top Secret emails, and a complete lack of accountability, forced the Pentagon and the White House to finally address accusations that high ranking individuals are treated differently when it comes to standards for handling classified information.

“Everyone has always known that was the case,” said Jimenez. “But now we’ve clearly defined who gets away with what. If you’re a military officer you pretty much get a free pass at lieutenant general and higher. There’s a sliding scale from there down to colonel that mostly depends on who you know.”

“But we still have to nail Petraeus’ balls to the wall, because appearances.”

Read it all at: http://www.duffelblog.com/2016/01/opsec-doesnt-apply-to-everyone/#ixzz3yN3EHdvv 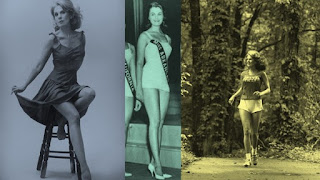 A former Miss Arkansas, involved with Bill Clinton back in the Arkansas Mafia days came out and said: ‘IF I DIE BY COMMITTING SUICIDE, DON’T BELIEVE IT’


“Soon after she began talking to the press during the first year of Bill Clinton’s presidency, at a meeting in a restaurant with Tucker, Miller was told to be a ‘good little girl’ and was offered a federal job. If she didn’t accept the offer, ‘then they knew if I went jogging by myself and couldn’t guarantee what would happen to my pretty little legs,’ Miller recalled. ‘Things just wouldn’t be so fun for me anymore. Life would get hard.’”

Much nicer legs than Hillary's.

From the things not talked about file: No Reporters Allowed At Hillary’s Wall Street Speeches. The narrative must remain unchallenged.

A student at  Monday’s Democrat town hall on CNN inadvertently gave away the game by revealing that "someone" else planted his soft-ball question:

Do you think she might have known that one was coming?


For this next bit of Times reporting it helps to get Arnold's 'Terminator' voice playing in your head:


She talked about the snow in New York and her granddaughter, and she helped an older woman snap her first selfie. “Here, I’ll show you, it’ll be fun!” she said, grabbing the iPhone and extending her arm.

Apparently her high-priced strategists have concluded that humans prefer a pretense of human contact so they have made the Hard Choice to send her out amongst a crowd of people who have not paid $200,000 to hear her speak. Breakthrough stuff.

The former first lady also sustained a concussion after falling inside her home in December 2012. She was given blood thinners for a blood clot in her head and returned to work Jan. 7, 2013.

Armour thyroid is the what they give you for hypothyroidism that isn't responding quite right to the cheap stuff, Synthroid. It's made from ground up pig's thyroids.
Posted by Fritz at 12:32 PM