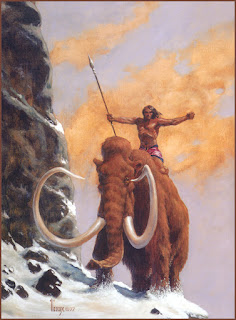 From Dienekes' Blog: Humans in the central Siberian Arctic ~45,000 years ago


Archaeological evidence for human dispersal through northern Eurasia before 40,000 years ago is rare. In west Siberia, the northernmost find of that age is located at 57°N. Elsewhere, the earliest presence of humans in the Arctic is commonly thought to be circa 35,000 to 30,000 years before the present. A mammoth kill site in the central Siberian Arctic, dated to 45,000 years before the present, expands the populated area to almost 72°N. The advancement of mammoth hunting probably allowed people to survive and spread widely across northernmost Arctic Siberia. 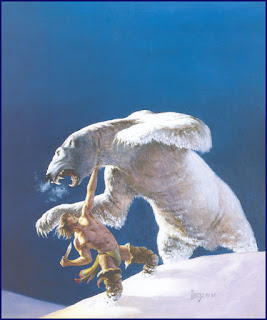 As noted by Dienekes:


The lack of such northerly sites prior to 45,000 years ago makes it quite likely that this mammoth kill was made by modern humans (it would be quite a coincidence if it was made by Neandertals at the same time as the expansionary Homo sapiens make their appearance all over the rest of Eurasia). If this is right, it's quite remarkable that by the mid to late 40,000s, modern humans were at ease from the equator to the arctic and from Europe to the remotest parts of Asia.

72°N is way up there, but when you look at this map of the glaciers from the Pleistocene glacial maximum 20,000 years ago, you can see that much of Siberia was ice-free: 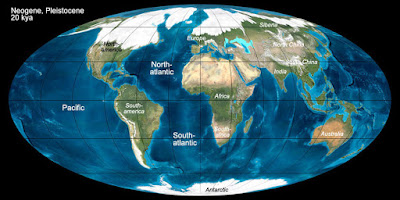 Maybe the predecessor of the Amerindians who crossed from Asia to America via Berengia?