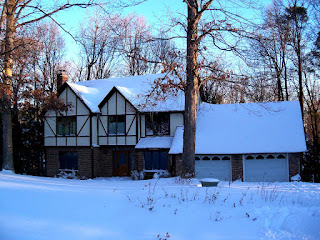 The snow has stopped and the wind was letting off for the 11 PM dog walk last night, and early this morning Skye and I got out to see what the neighborhood looked like. 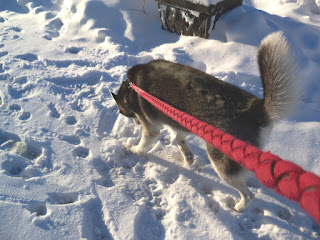 The road, which had been plowed once yesterday, had another 3 inches or so, and the only tracks in it were the ones that Skye and I had left the night before; oh, and one deer that crossed over. 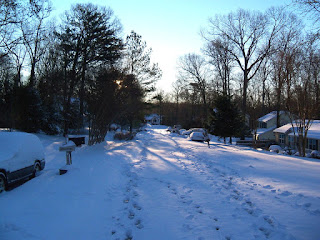 The snow total was less, substantially less than we feared, in part because the midday yesterday has some sleet, which was denser and formed a heavy layer in the  middle. I think, if you found the right spot that wasn't affected by drifts or shadows, we might have had a little less than one foot. It was heavy, sticky snow, and not fun to shovel 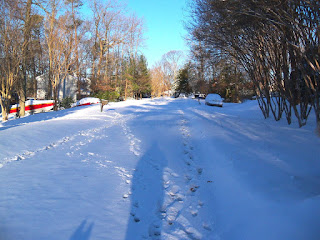 I started digging out the driveway sometime after breakfast, took a break for lunch. I had about 1/3 left when our next door neighbor and her teenage son took mercy on me and helped me finish. Thanks Teresa and Noah.