To Be Fair, He Has a Point

The NAACP’s mission of political correctness and equality careened off the rails this week when a local president complimented a TV reporters breasts during an interview.

Don Harris, the president of the Maricopa County Chapter of the National Association for the Advancement of Colored People, had just finished an event at Tempe Union High School District to discuss an incident at the school in which several girls wore black t-shirts bearing the letters “N-I-*-*-E-R” on them.
The outrage was instantaneous.

“The six students in question pulled ranks to spell out NI**ER on their own, smiling gleefully to pose for an Instagram picture. Their punishment was 5-days suspension,” a petition demanding their expulsion reads, EAGnews reports.

“This hurtful use of a racial slur is a complete disregard for the dignity of the black community in Arizona and across the nation and the punishment does not fit the total ignorance and cruelty of the crime.”

Harris was on hand to accept apologizes and demand action.

But after the meeting, while participants were speaking with the media, he was caught on camera saying Channel 12 reporter Monique Griego had “nice tits.” And, well, she does.


The New Times contacted Harris after that incident and reports the NAACP leader said, “I apologize if anyone was offended. I could have said nothing . . . I’m really f*cking sorry.”

He argued that the meeting was over when he complimented the reporter’s rack and then really blew a gasket (edited for a family audience):


“I’m going to slash my wrists,” he spews. “Better yet, I’m going to throw myself out of a f*cking window, except I’m on the first floor . . . I’m one of the best g*dd*mned people in the state.”
People criticized him when he first took over the NAACP chief post from the Reverend Oscar Tillman, who retired in 2014 after 22 years in the position, he says, because “I was the wrong flavor.
“They’ve seen me now, they’ve seen what I’ve done. I’ve given up my law practice. I’m down here six, seven days a week. That’s what my commitment is. I support NOW, the women’s organization — g*dd*mn! — are you sh*tting me? Are you going to write this up?”

Griego didn’t comment on the situation but Harris insists he wants to apologize face-to-face. (Of course he does.) 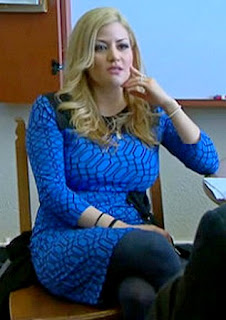 
There are now calls for Harris’s resignation and at least one minister seeking his ouster blames not Harris’s sexism, but his “white privilege.”

“Don can be a bit of a character, but I think he’s also a well-to-do, older, white male and he exhibited some of the signs of what we’ve called ‘white privilege,’ Rev. Jarrett Maupin says, according to KTAR. “He should know better than anyone, as the NAACP, to do what he did.”

I love me some blue on blue social justice.

"Rule 5 Sunday: Super Bowl L"  is ready at The Other McCain, courtesy of Wombat-socho.
Posted by Fritz at 10:04 PM