Can Femen Voodoo Put Putin in His Place? 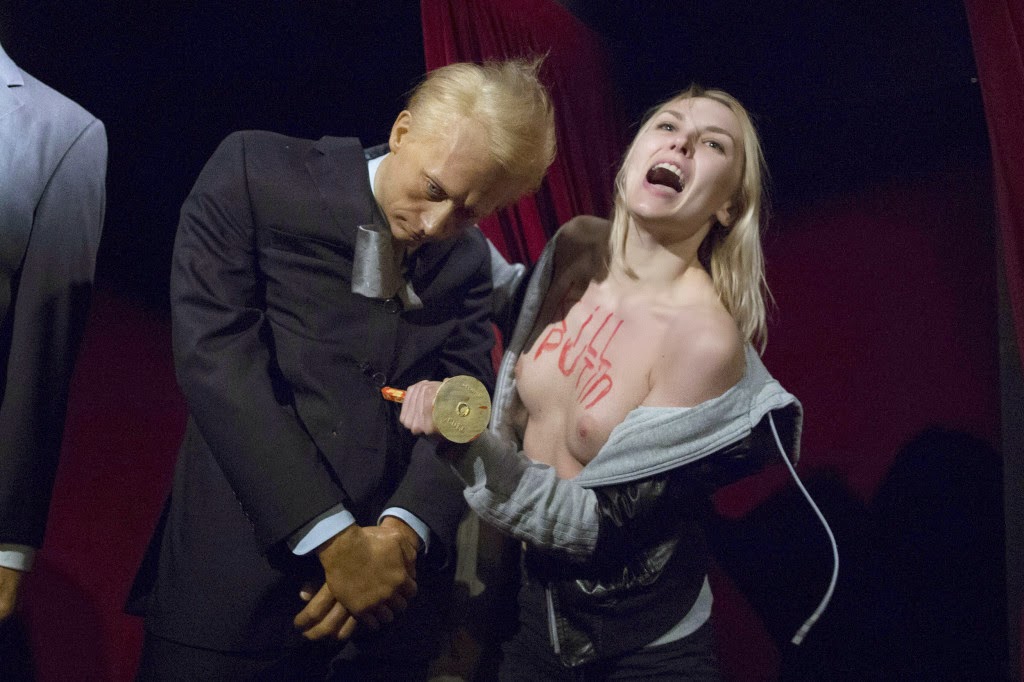 A topless member of the radical protest group Femen used a metal chisel to stab and bash in the face of Putin's statue in a famed Paris wax museum on Thursday.

The activist, who had 'Kill Putin' written on her bare chest, reportedly screamed "Putin is a dictator" while destroying the figure at the Grevin Wax Museum, French daily Le Parisien reported. 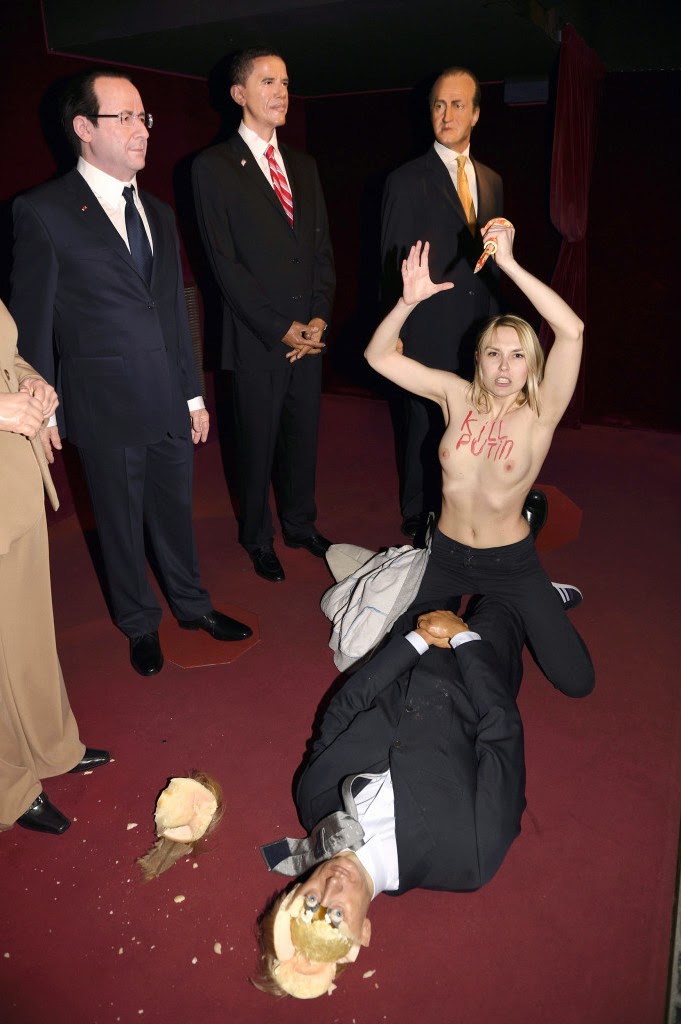 Police arrested the activist shortly after the attack, which happened near statues of US President Barack Obama and recently abdicated Spanish King Juan Carlos, both of which escaped without a scratch.

Putin is to arrive in France on Thursday to attend the 70th anniversary of D-Day events, which have attracted scores of world leaders to France. Putin arrives under the cloud of the confrontation between western powers and Russia over the annexation of Crimea.

My usual position on the follies of Femen is to support whatever they oppose, to help keep the protest going.  However, in the case of Putin and the Ukraine, I'm in the position of being able to have my cake and eat it too, support Femen against Putin, because it cannot possibly have the slightest effect on Putin's course of action. In fact, external symbolic opposition to Putin feeds his ego and stature in Russia, as well as the historical feeling of inadequacy of the Russians which fuels their distaste for the rest of the West. I'm sure Putin is sitting back and having a nice laugh at the girls.

And, in any event, it can't be said it will do much less than Obama's policies so far.

Wombat-socho has the Mother of All Rule 5 posts: "Rule 5 Sunday: The Fremont Street Experience" up at The Other McCain, despite the distraction of Las Vegas. Viva Las Vegas!
Posted by Fritz at 9:51 AM