I had to do some work on the boat this afternoon, and Georgia came along to hand me tools, kibitz, and do some clean up.  Under a pile of fishing tackle, leaf debris and a boat cushion, Georgia came upon this: 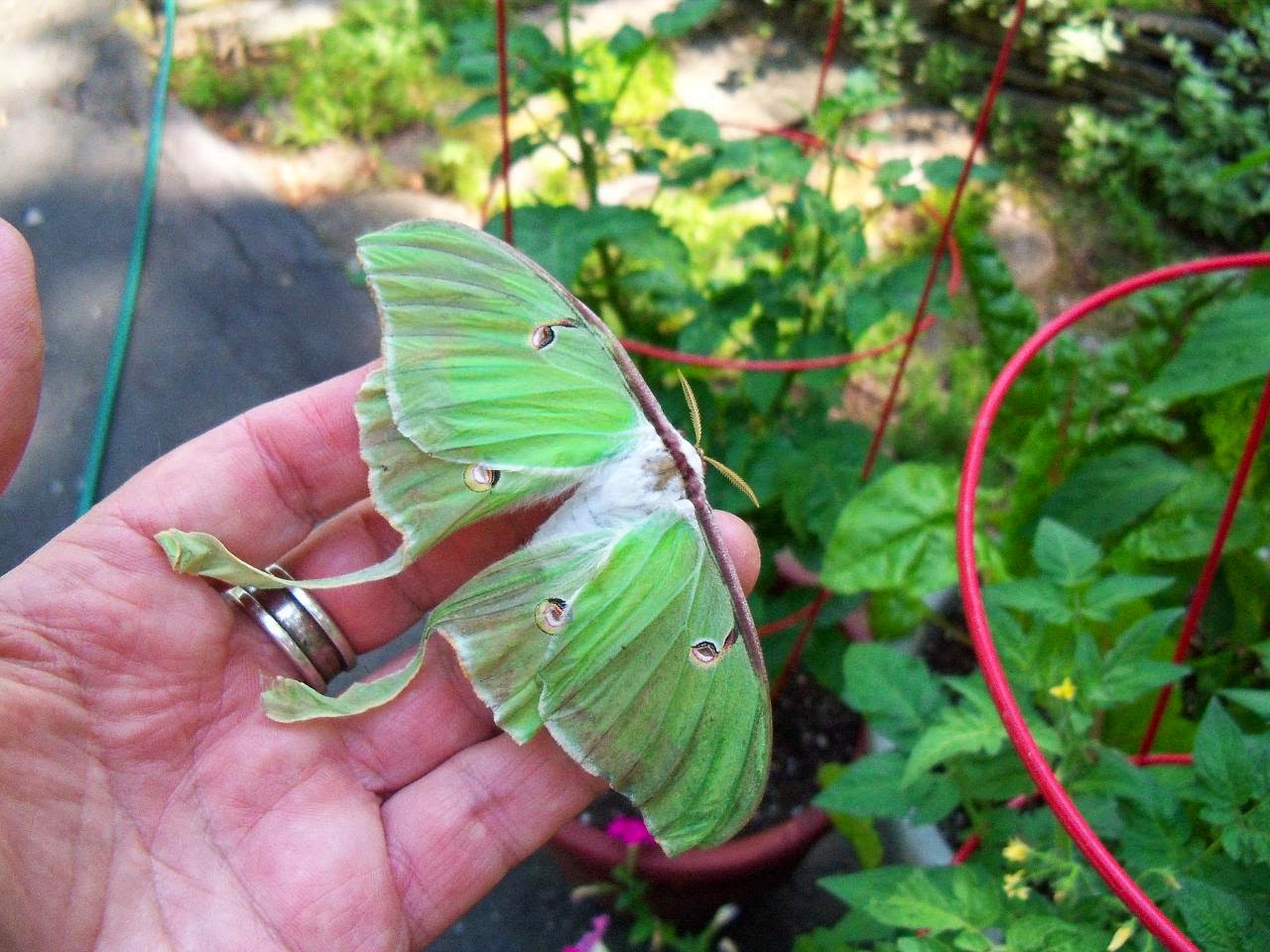 Not a butterfly, it's a Luna Moth, Actias luna. Most often seen at night, near bright lights, this one had clearly chosen the boat as a day time hiding place.  It didn't like the light, and given a chance, worked itself into some towels that we had handy, so we brought it home for a photo shoot.


Life History: Adults are very strong fliers and are attracted to lights. Mating takes place after midnight, and egg-laying begins that evening. Females lay eggs in small groups or singly on both surfaces of host plant leaves. The eggs hatch in about one week and the caterpillars are sedentary and solitary feeders. Leaves and silk are used to spin papery brown cocoons in litter under the host plant.

Flight: One brood from May-July in the north, two to three broods from March-September in the south.

Adult Food: Adults do not feed.