From Smitty at The Other McCain: Homo Bureaucratus Is The Problem

Over time, even petty amounts of power bring out the Nixon in all of us. Via Instapundit, Mark Fiztgibbons writes:


In America’s first 100 years, federal officials could be sued in state courts for acting beyond their authority. In his book Creating the Administrative Constitution, Yale law professor Jerry Mashaw chronicles how this helped temper bad behavior.
Law professor Glenn Reynolds over at Instapundit is among those who believe that government officials need more civil and criminal liability for their bad acts. There are some private remedies on the books, but they are too weak to be effective.

Liability is not nothing, but I think it’s peripheral to the issue of concentrating power. Power makes cocaine look like talcum. Witness Cochran’s cheerful apparent flouting of the rules in the Mississippi GOP senatorial runoff. Likely not a surfeit of altruism in his case.

There still is no work-around for the need to have offices, and for officials to occupy them. However, in our Information Age, there isn’t any excuse for the rules being other than simple, understandable, and open to all. Furthermore, the kind of ball-hogging we see with career bureaucrats is clearly a 20th century holdover. Thus, other than the military, I submit that about a 10 year cap on all civil service positions would make sense. Keep the job simple, let people do the job, and let them get out of the way for someone else.
Let’s term-limit the corruption in our government down to an absolute minimum, say I. Homo bureaucratus is not the solution.

An interesting notion, but I still prefer my "modest proposal" for a political affirmative action plan for the federal bureaucracy.  Fire half of them (they're all democrats) and replace them with a mixture of republicans, greens, libertarians in proportion to their prevalence in the voting public, and let them police each other.

In the meantime, this image of Homo bureaucratus dealing with Tea Party 401(c)(3) applications: 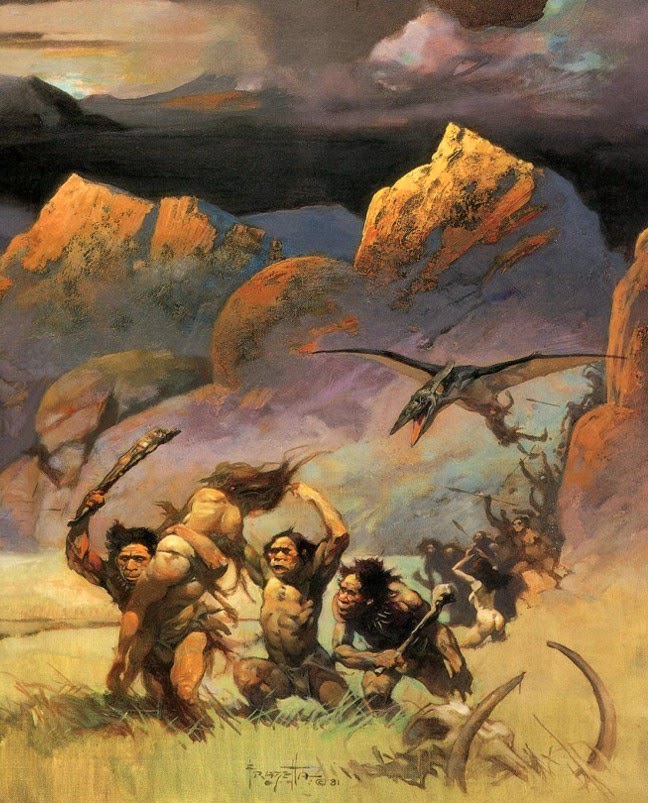 And I finally get around to acknowledging Wombat-socho's "Rule 5 Monday: Air-Cooled" several days late.
Posted by Fritz at 7:54 PM