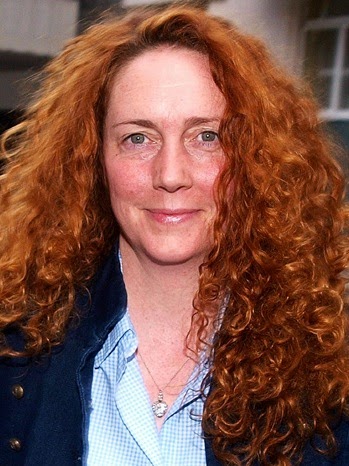 
. . .Andy Coulson has been been found guilty in the phone hacking trial, but his co-defendant, Rebekah Brooks has been cleared of all charges.

Coulson, who edited the News of the World before becoming Prime Minister David Cameron’s official spokesman, now faces prison after the jury returned a guilty verdict in dramatic scenes at the Old Bailey. 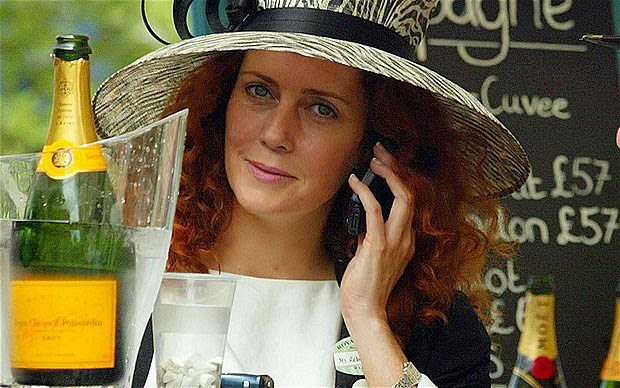 But Mrs Brooks, who edited The Sun and the News of the World before promotion to News International chief executive, was exonerated after being cleared of conspiracy to hack phones, conspiracy to corrupt public officials and conspiracy to pervert the course of justice. 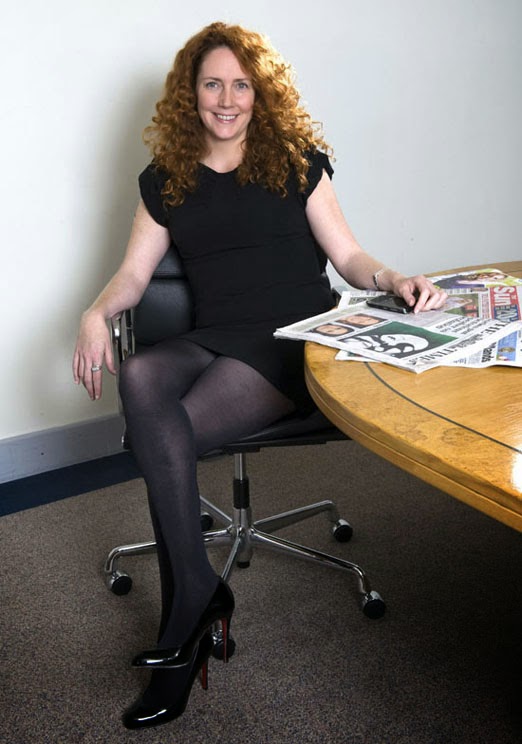 She was overcome by emotion on hearing the verdicts and was taken away by the court matron.

Mrs Brooks had always denied any knowledge of illegal activities at the Sun and the News of the World and after a seven month trial the jury accepted her version of events.

The trial, which has been one of the longest and most expensive in British criminal history, heard allegations of how journalists working at the News of the World and The Sun, under the stewardship of Mrs Brooks and Coulson, routinely broke the law in pursuit of exclusive stories.

I didn't follow this story closely (I mean, who cares if the press listens in on the royals talk about how they would like to be tampons), especially if they can't be bothered to change the default password on their smart phones, but I always thought that they dragged Rebekah into this to get back at Rupert Murdoch. And as a ginger she has that soulless thing going on. 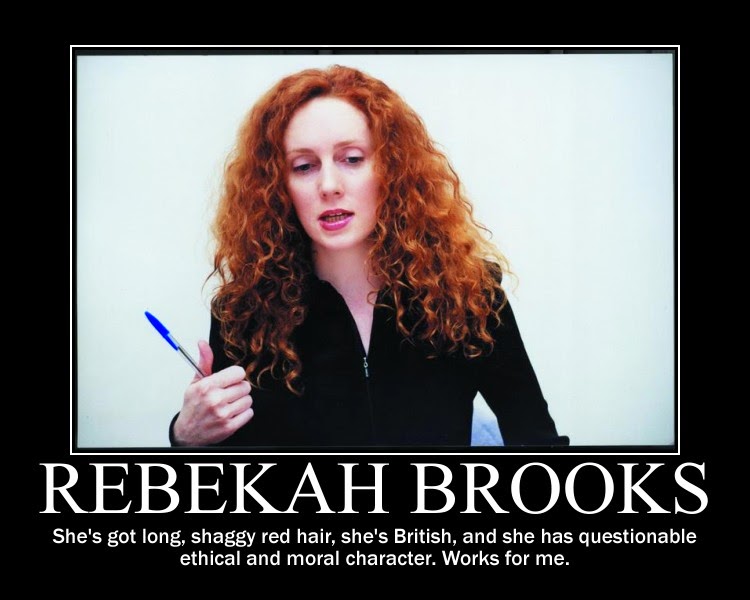 And I finally get around to acknowledging Wombat-socho's "Rule 5 Monday: Air-Cooled" several days late.
Posted by Fritz at 9:55 AM