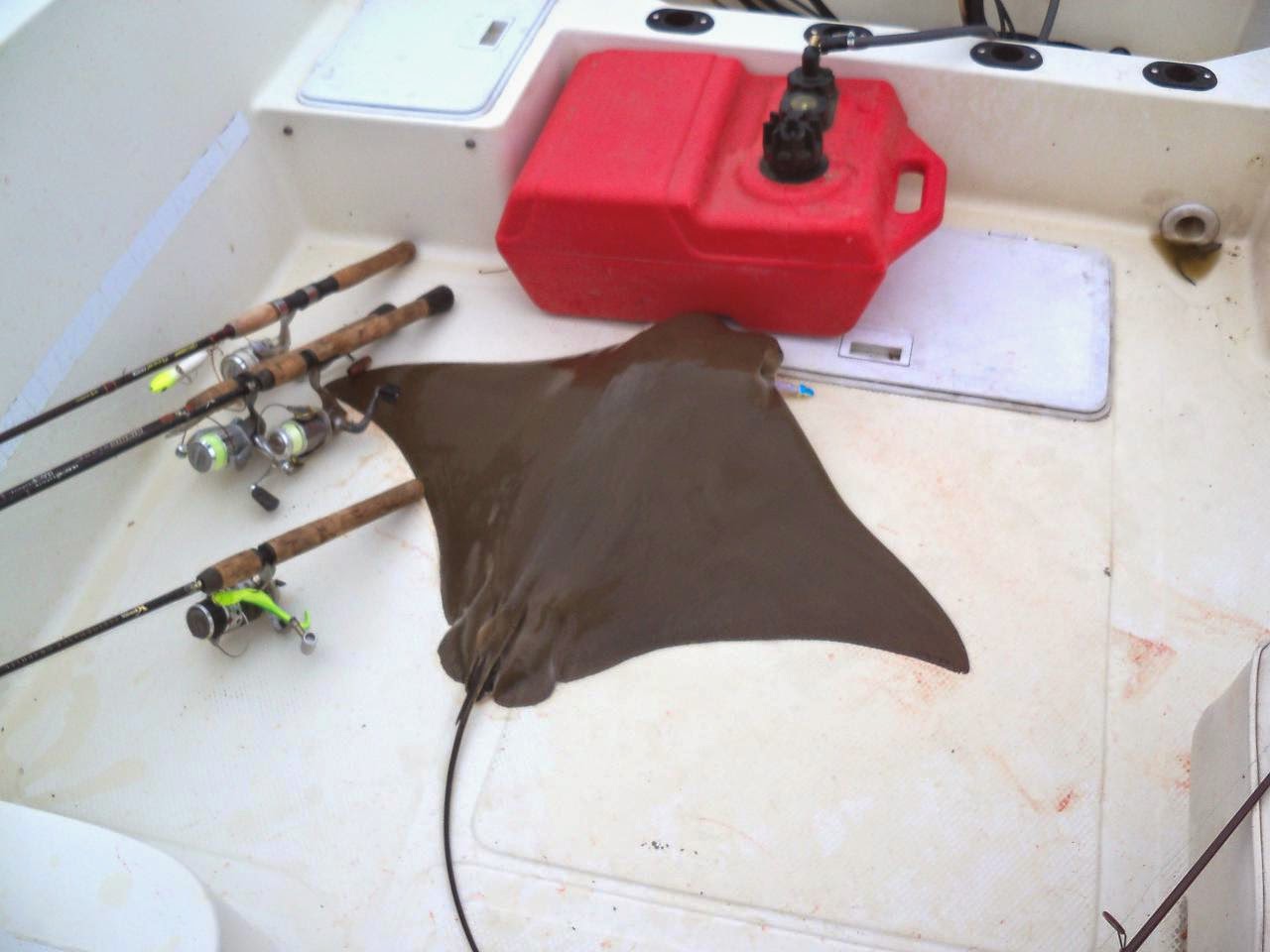 I took off from Flag Harbor this afternoon with the express purpose of burning some gas, since I have to make sure my oil line is completely purged of air after having to clean the oil tank it due to the water logging of two weeks ago.  But hey, as long as I'm out, I might as well fish, right?

The fish du jour was the stingray; more specifically, the Cownose Ray (Rhinoptera bonasus), who are cavorting (and having sex) in large numbers in the waters of Chesapeake Bay this time of year.  I hooked three of them while jigging for Striped Bass or Croaker. 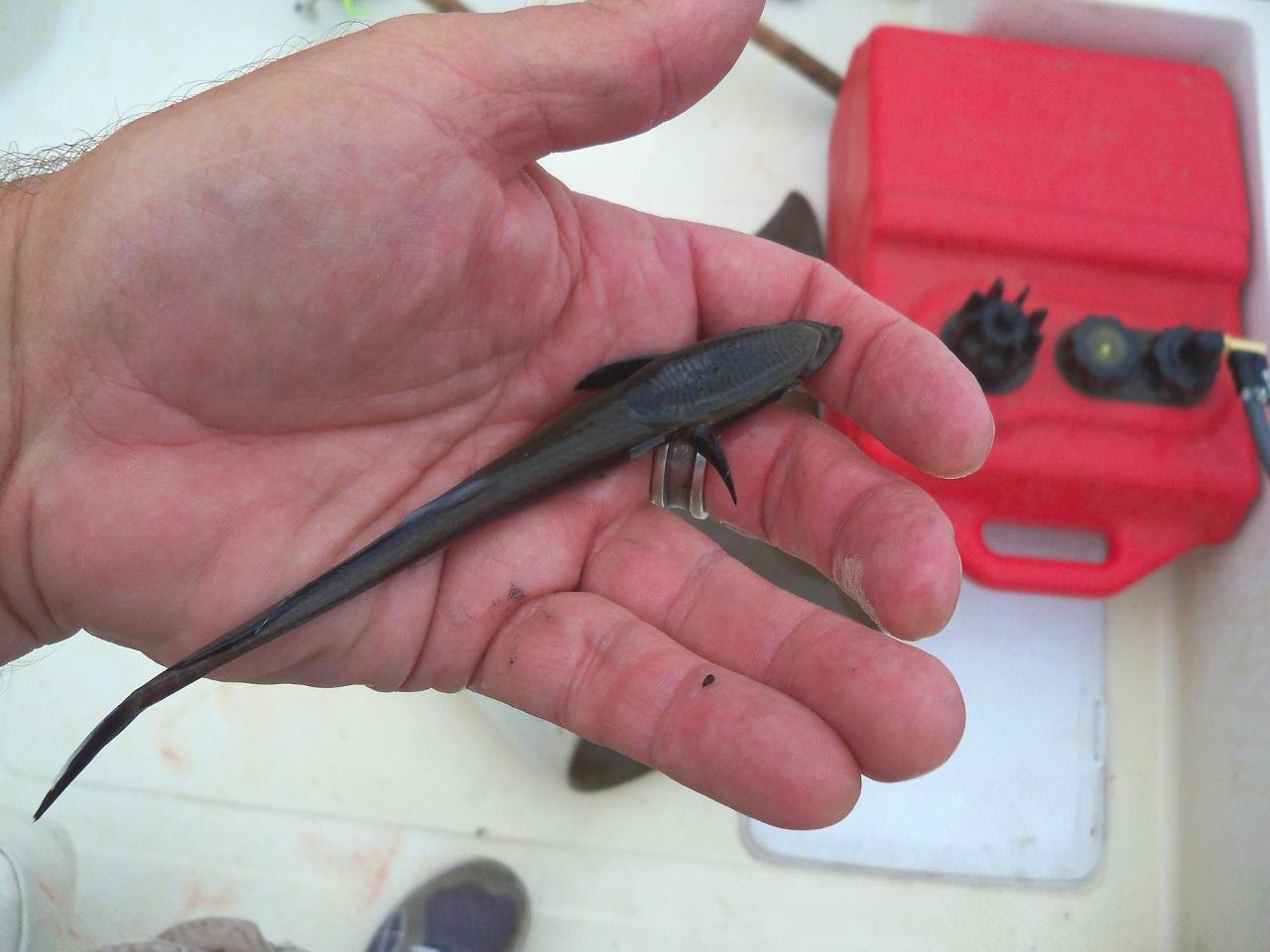 One I brought to the boat and managed to release before landing, one I broke off deliberately, and the final one I landed by grabbing the jighead and flopping him (or her, I didn't check) over the side, carefully avoiding the stinger, visible at the base of the tail.

They're incredibly strong, and possess the fighting style of a run away freight train, using their "wings" to swim away in a straight line with awesome power.  Bringing one, let alone 2 to the boat on light tackle, is enough to put a burn in your arm. 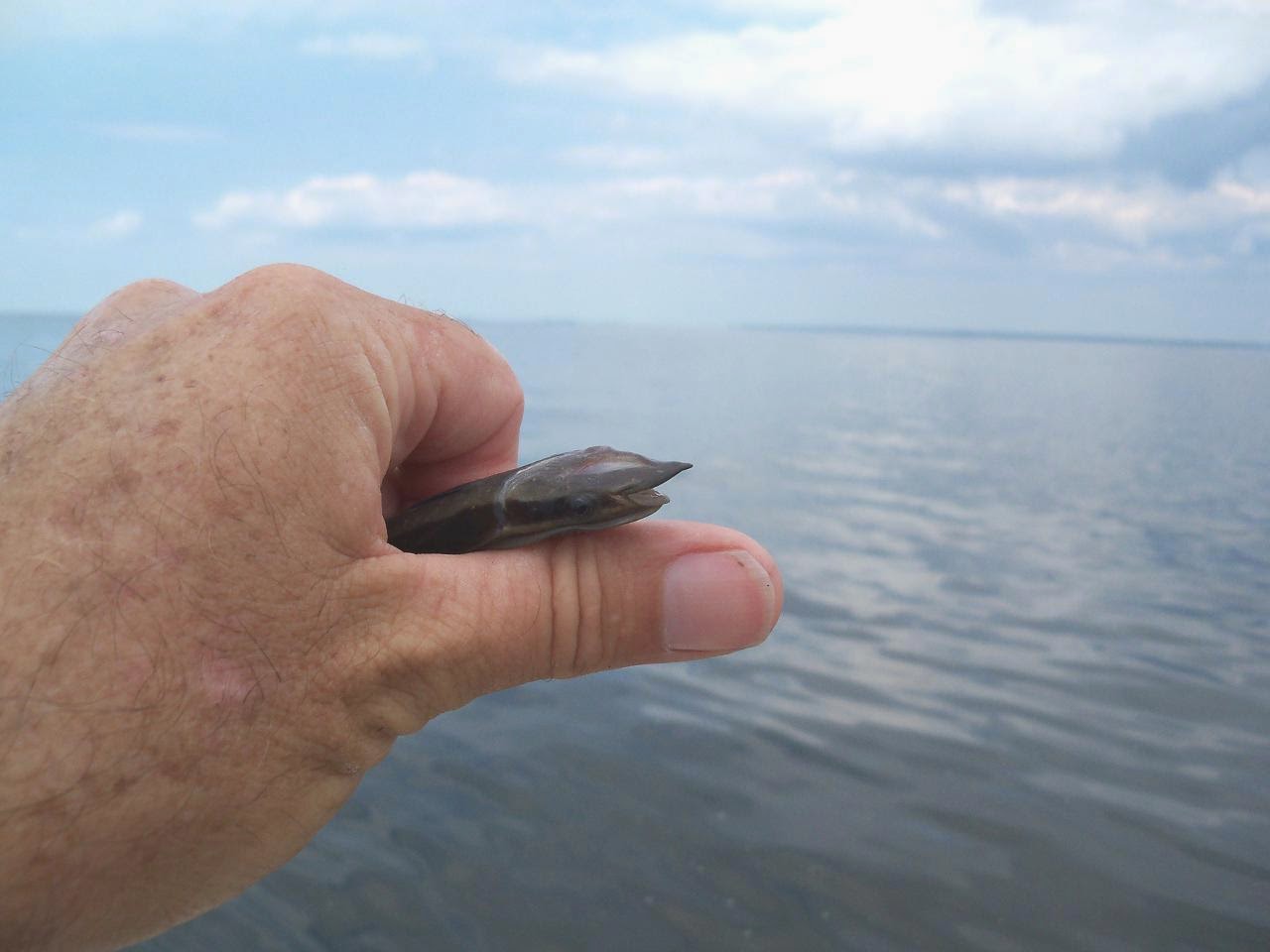 Once aboard, a small, striped fish detached itself and began flopping around on the deck.  A Remora, also known as a shark sucker (although this one was clearly a ray sucker).  It even tried to suck on me before I threw it back over, followed by its host.  I wonder if they met back up?

I also managed a 19 inch Striped Bass and 3 medium sized Atlantic Croaker, which we just had for dinner.
Posted by Fritz at 7:51 PM