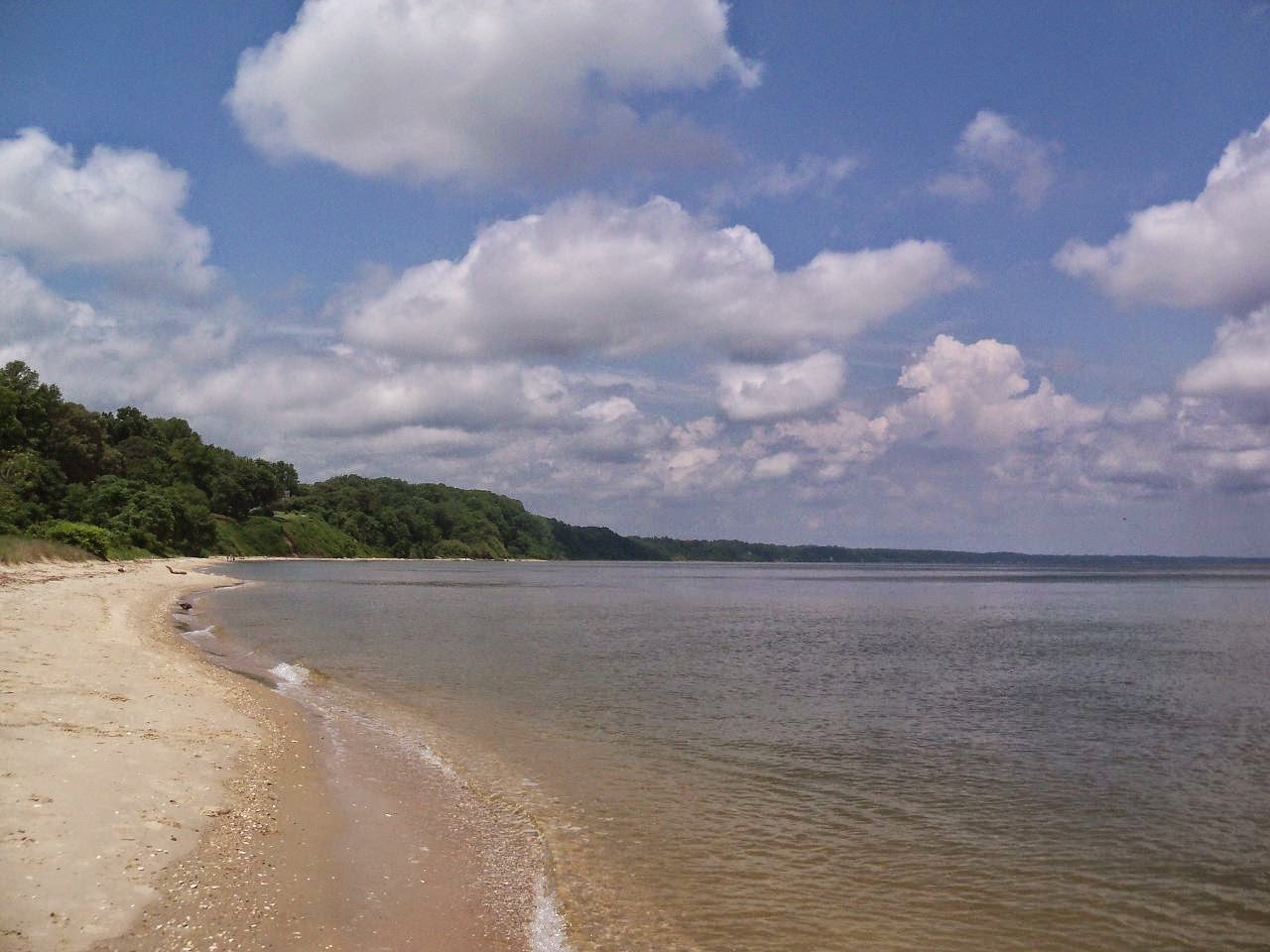 It's been a while since I've put up a beach report, because, well, it's been a while since we got to the beach.  Yesterday we had tremendous thunderstorms, 3 inches of rain in as many hours, in huge downpours.  We may have the same in store later today, but for now it's warm, but not hot, a little muggy, but not oppressive, and on and off cloudy.  All in all, pretty good for this time of year. 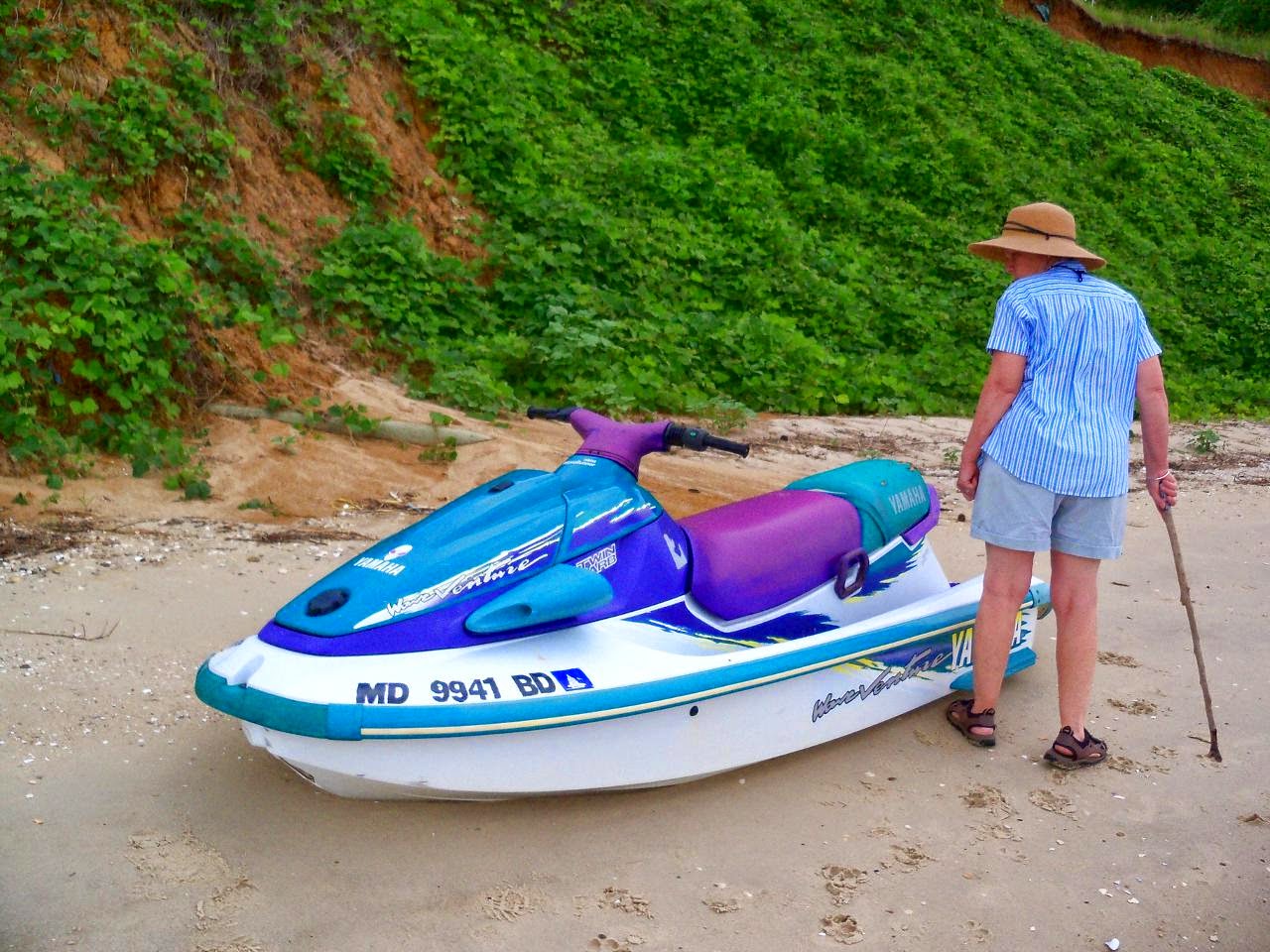 I wonder what the laws of salvage are regarding jet skis? 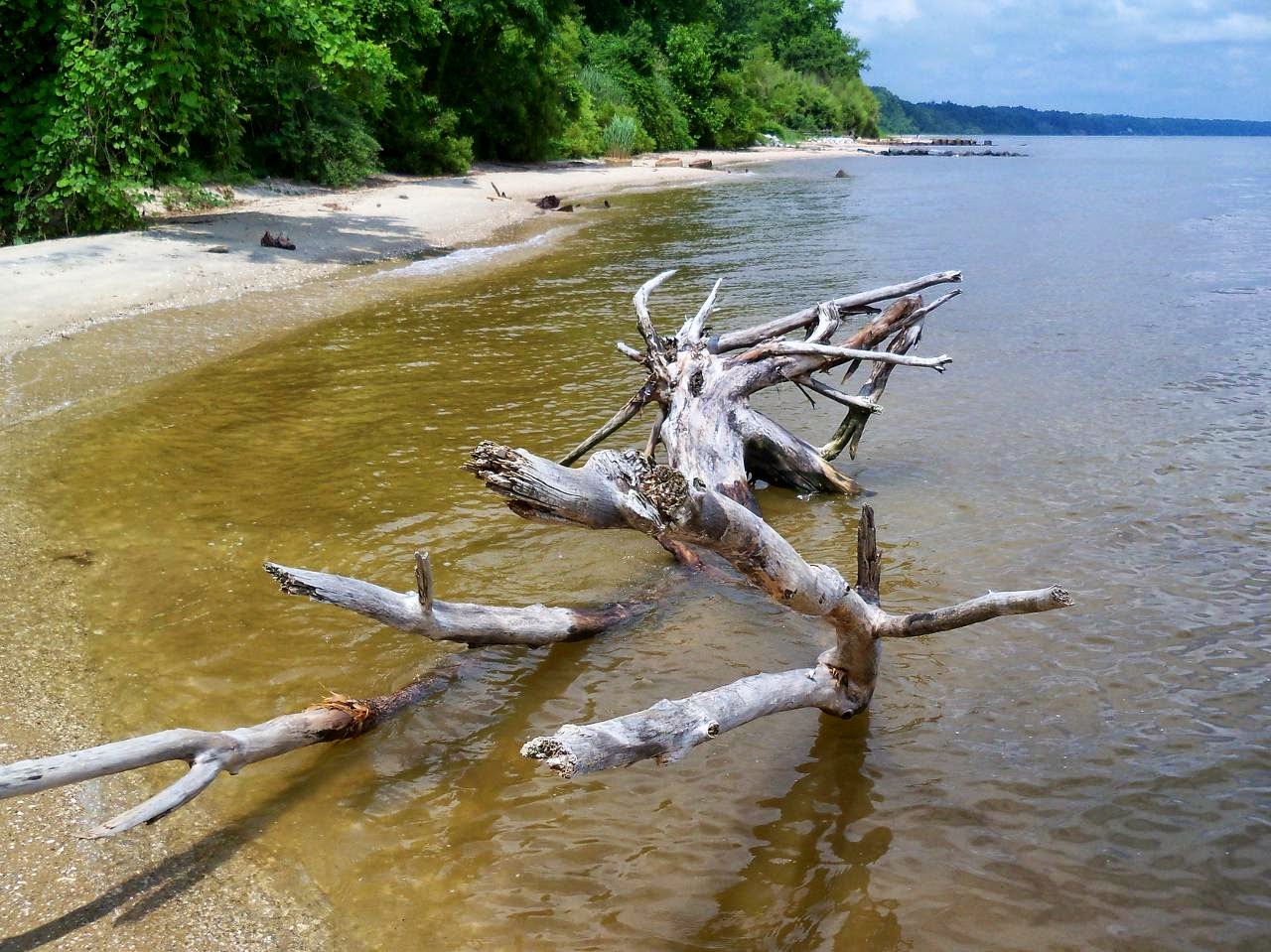 We've had a lot of sand moved around since the last time we walked.  We usually walk to the outside of this snag. 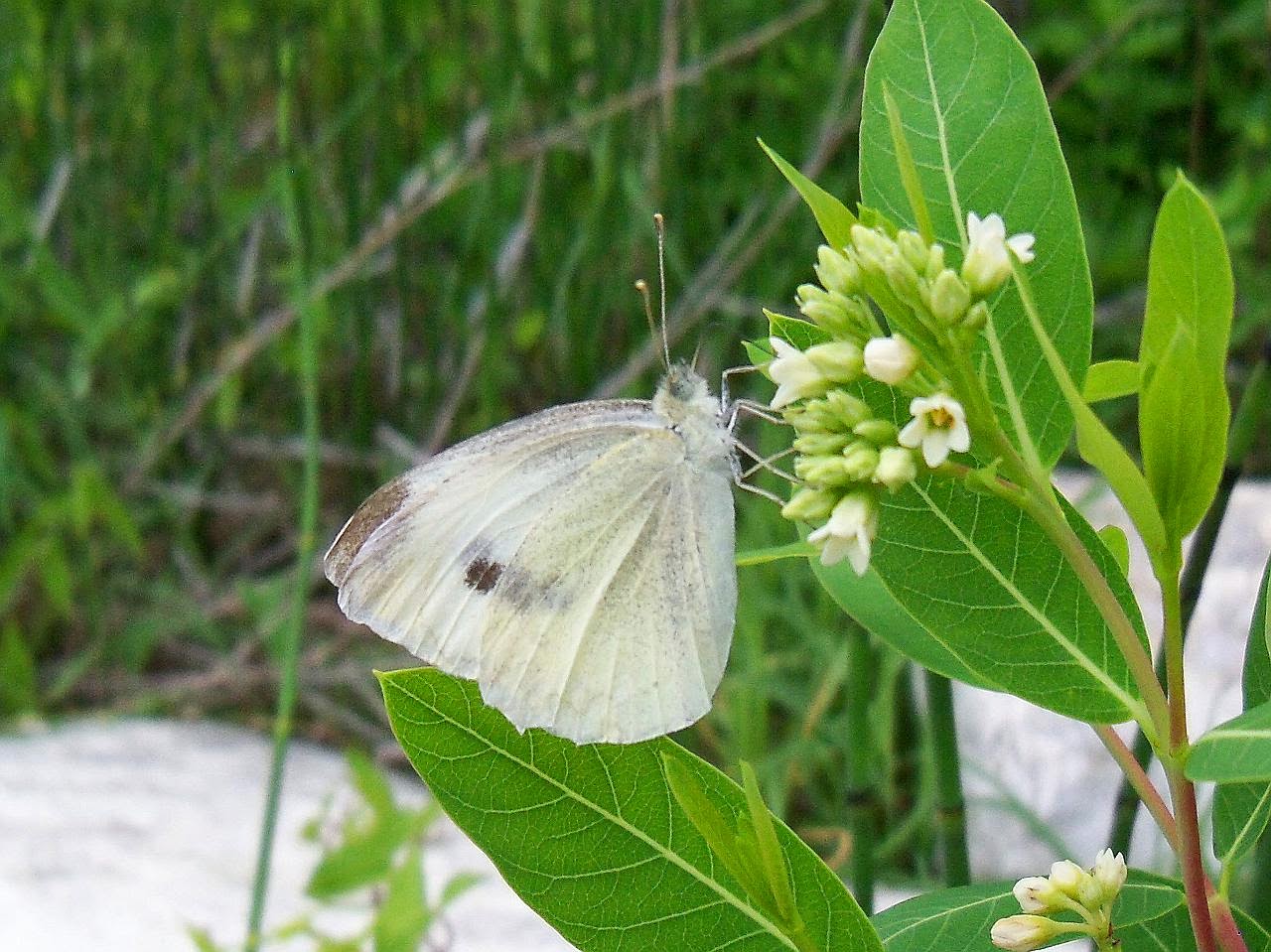 Not much in the butterfly business; a couple Eastern Tiger Swallowtail breezed by, and a few Cabbage Whites sipped from the Milkweed plants. This one was a good model 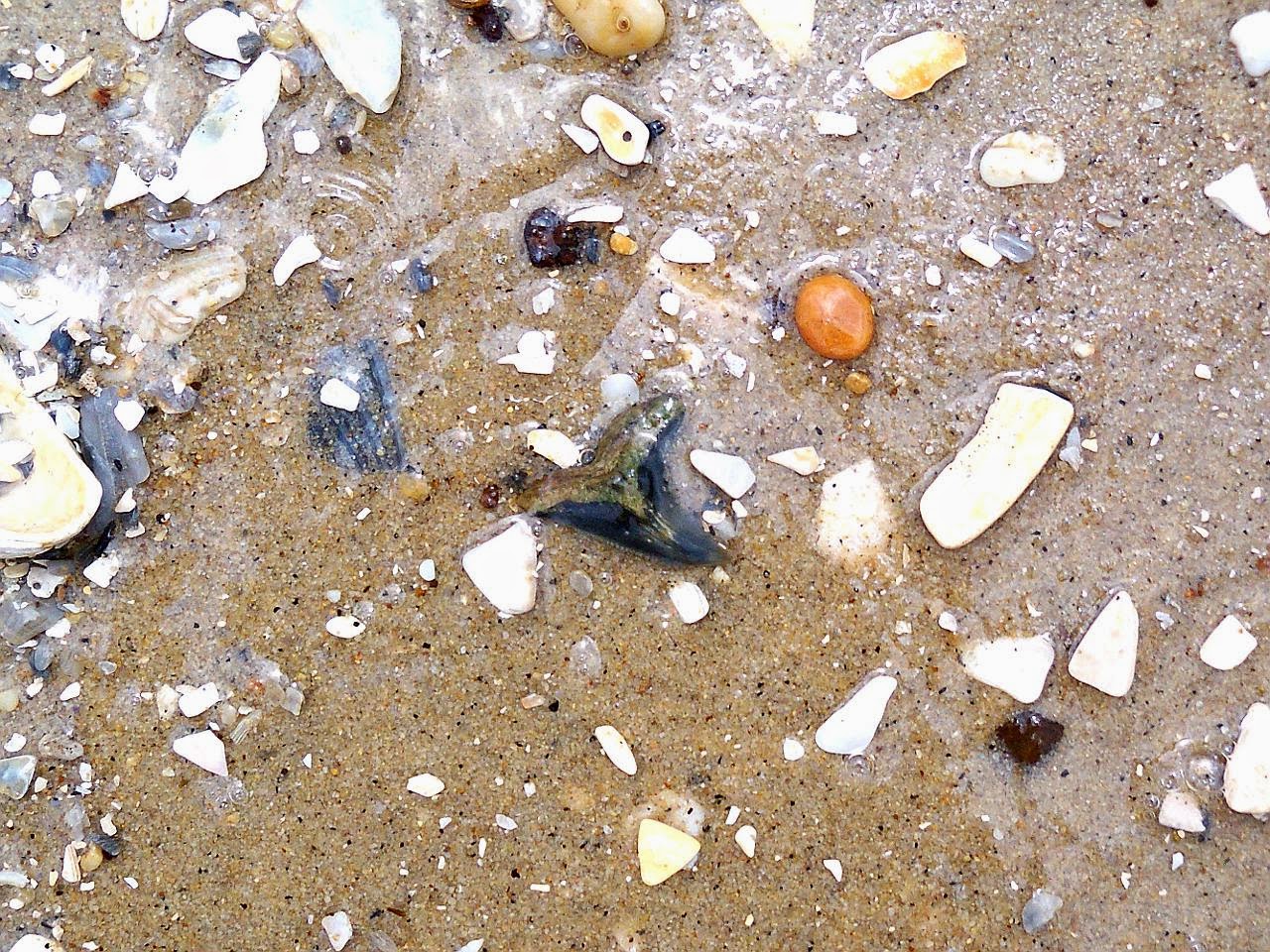 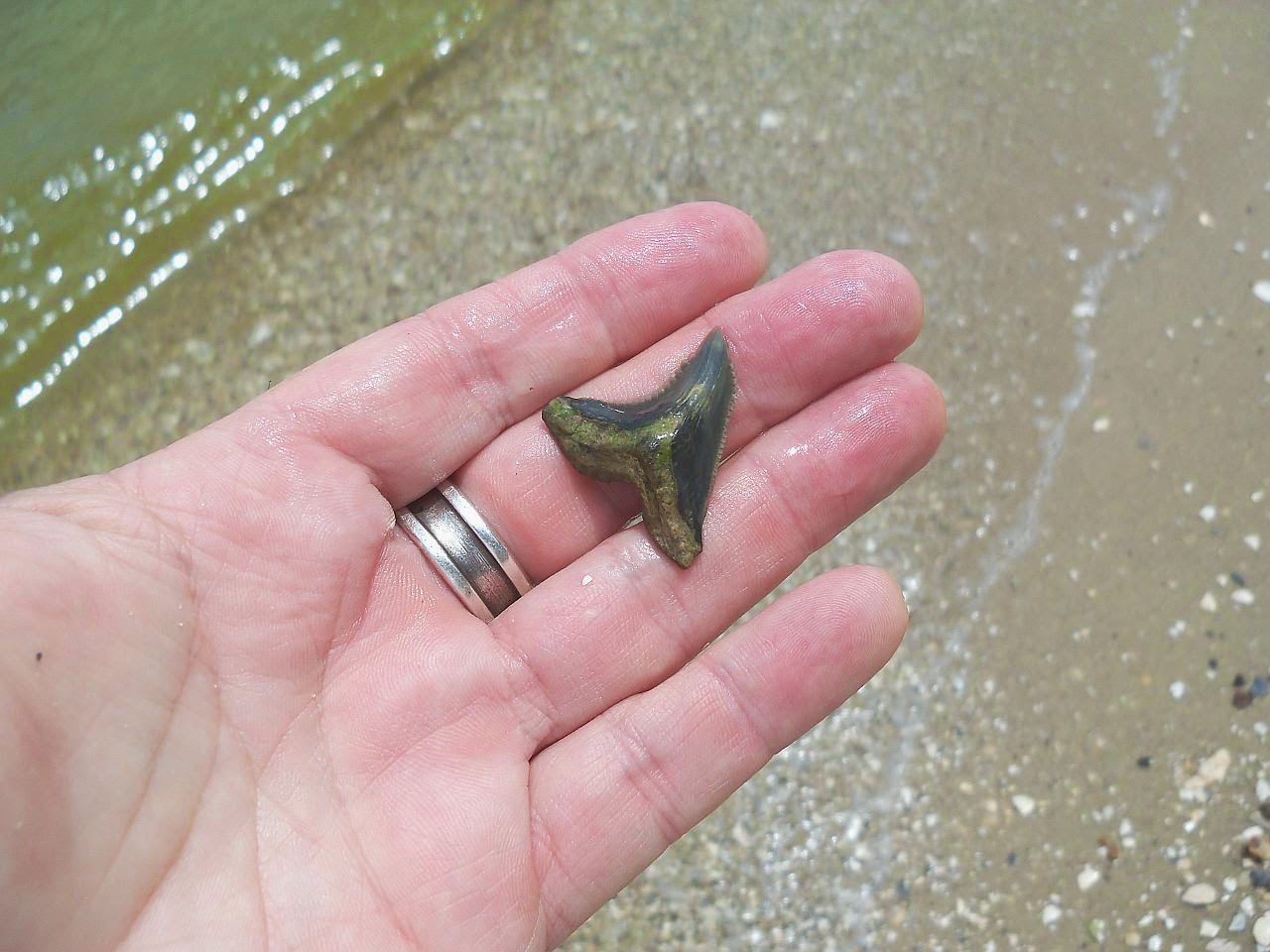 And safely in hand, to show it's size. It beat out the previous "top shelf" Sanggletooth for the year by a mere 16th inch or so, and took its place. 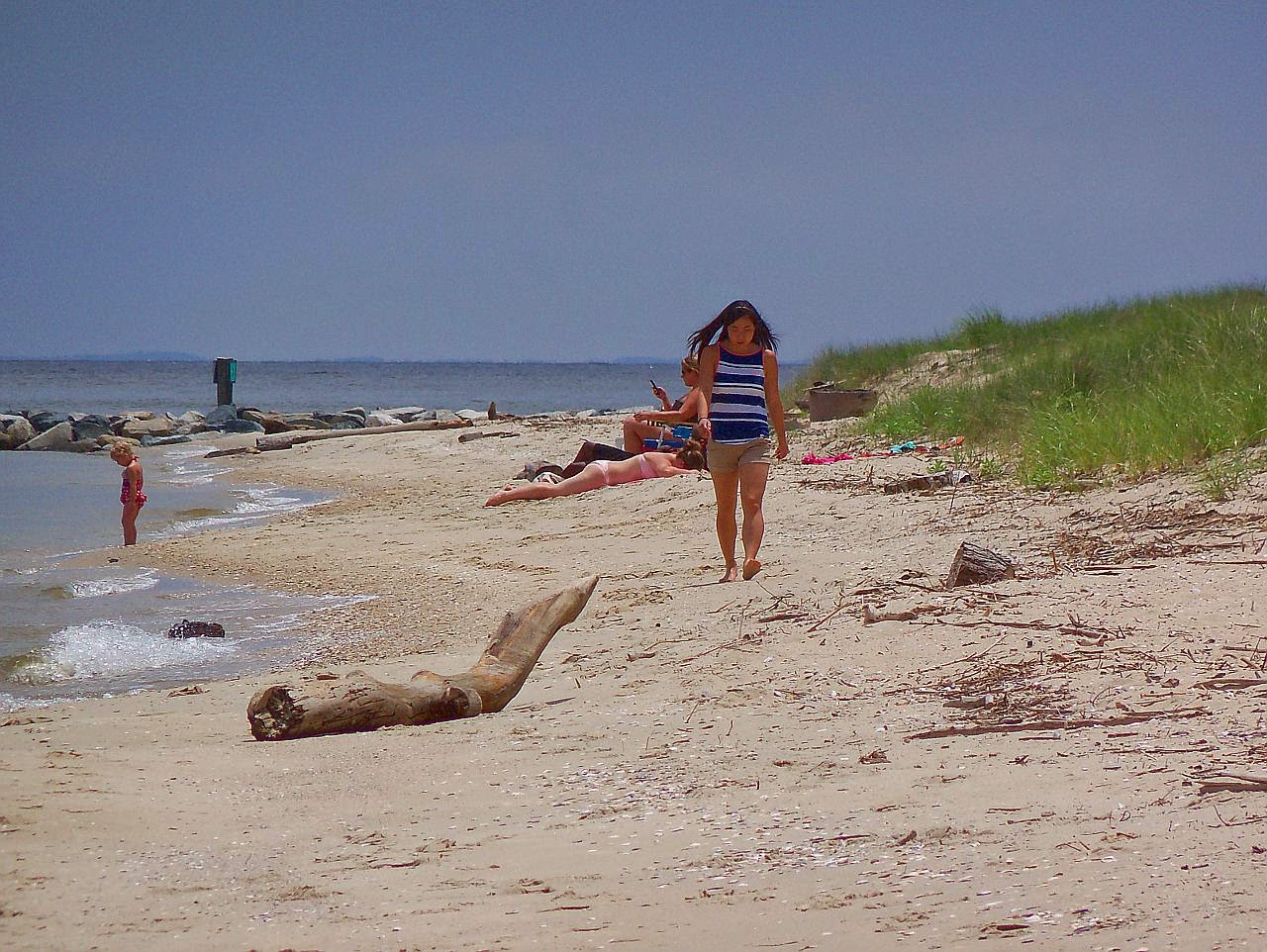 By the time we were on our way back, slightly after noon, the beach traffic had picked up just a bit. 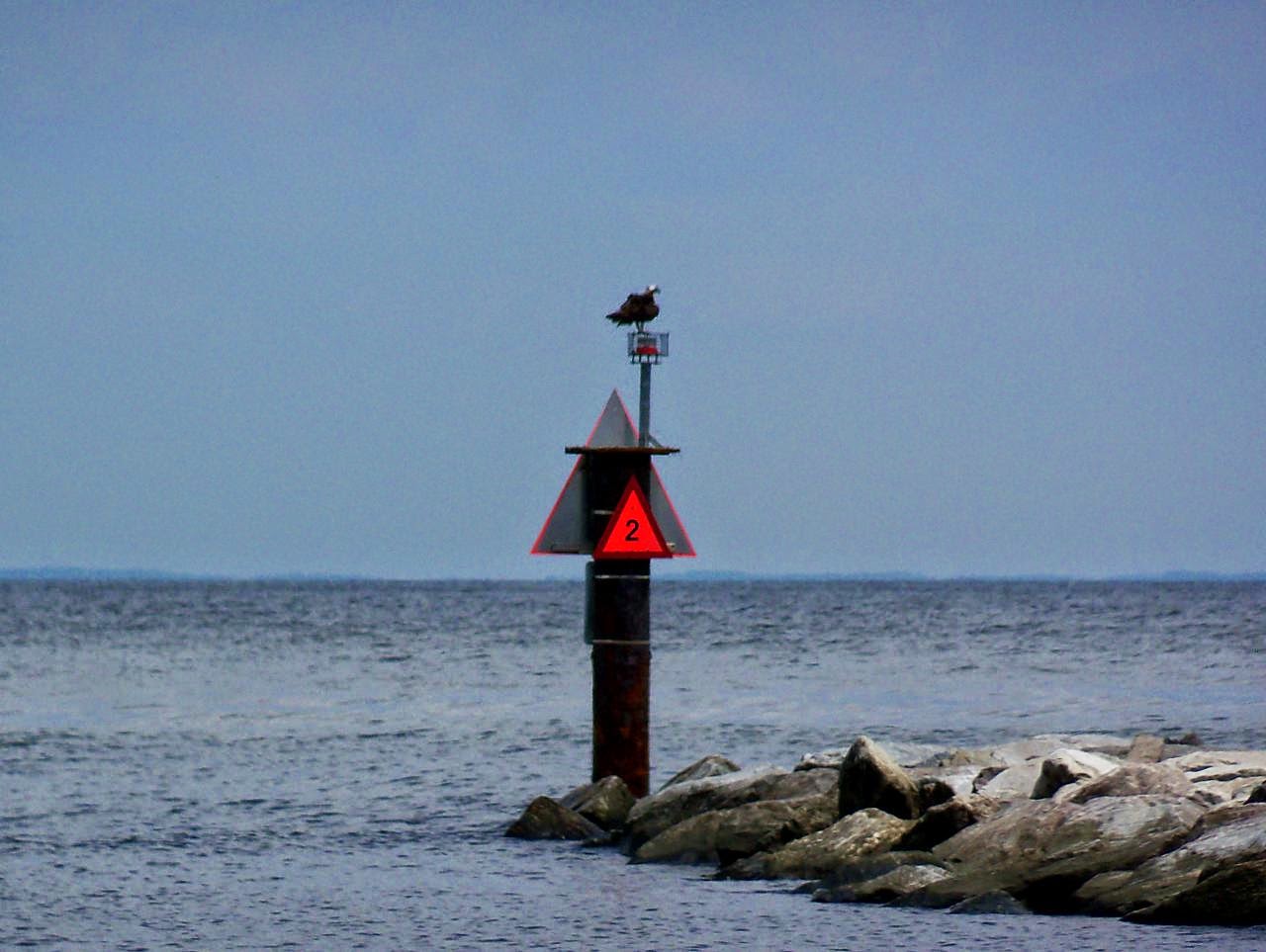 Mr. Lonely is still hanging out around the red marker, but the Surf Scoter from last week appears to have moved on.
Posted by Fritz at 2:31 PM