To help Stacy McCain in his ongoing war with female sexual predators, this news out of one of our rest stops along the highway of life, Vero Beach, Florida: 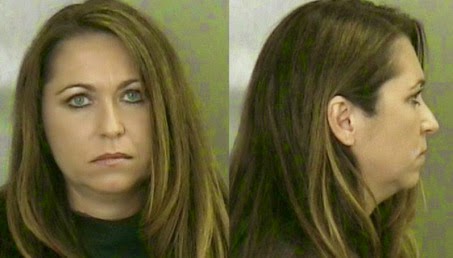 
Denise Harvey is from Indian River County, the same community that is also home to notorious sex offender Kaitlyn Hunt. Some people may think exiling criminal perverts to Canada would be adequate punishment, but Florida officials want her extradited:


Vero Beach fugitive Denise Harvey is claiming refugee status in Canada, saying the 30-year sentence she received for having sex with a 16-year-old amounts to “cruel and unusual punishment.”
An hour-long private “detention review” was held Monday in Saskatoon, the Canadian province of Saskatchewan, for Harvey, 45. She was released from Royal Canadian Mounted Police custody late Monday afternoon on a $5,000 bond, Harvey’s lawyer Chris Veeman said.
“I think she’s relieved to be out of jail,” said Veeman, a Saskatoon immigration law specialist.
Harvey plans to remain with husband, Charles, at their home in Pike Lake, about 18 miles south of Saskatoon, where they have lived since fleeing Florida nearly a year ago, Veeman said.
Harvey was convicted in 2008 on multiple counts of felony unlawful sex activity with certain minors. The charges stem from sexual encounters with her son’s then-16-year-old baseball teammate and friend. . . .

Can we get Canada to take all our child molesters?  Maybe we can have the administration announce that, by using its pen and phone, it has arranged for all sex offenders to be accepted by Canadian authorities.
Posted by Fritz at 8:43 PM