And not the kind of cougar that Stacy McCain is always railing about:


A massive mountain lioncornered at an apartment complex in Mountain View on May 6th reveals a long, winding journey around the residential South Bay, according to just-released tracking device data.

The cat, known by researchers as 46m, wandered out of the Santa Cruz Mountains and went trapseing aroung Egan Junior High in Los Altos before checking in on countless backyards. He then swung by Target on Showers Dr. before finally ending up at the corner of California and Rengstorff Avenues in Mountain View.

The GPS device, placed on the cat by the group Santa Cruz Pumas, recorded the mountain lion hanging out under a bush for 9.5 hours, watching people, cars and bikes pass by.
. . .
“It could have ate somebody, killed somebody,” said another concerned resident.
He was eventually spotted and cornered under an SUV, where he met with the business end of a stun gun.

I assume by "stun gun" they mean a tranquilizer dart.  I'd hate to be anywhere in the vicinity of a cougar hit by a taser.

Cougars rarely attack humans, but when they do it's almost always women and children. Discriminating beasts. 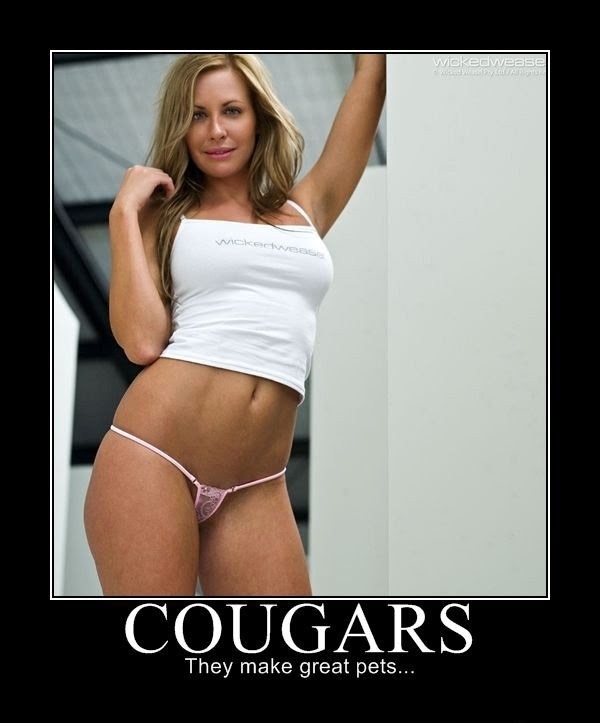 Wombat-socho has a generic "Rule 5 Monday" compendium up at The Other McCain.
Posted by Fritz at 9:44 AM