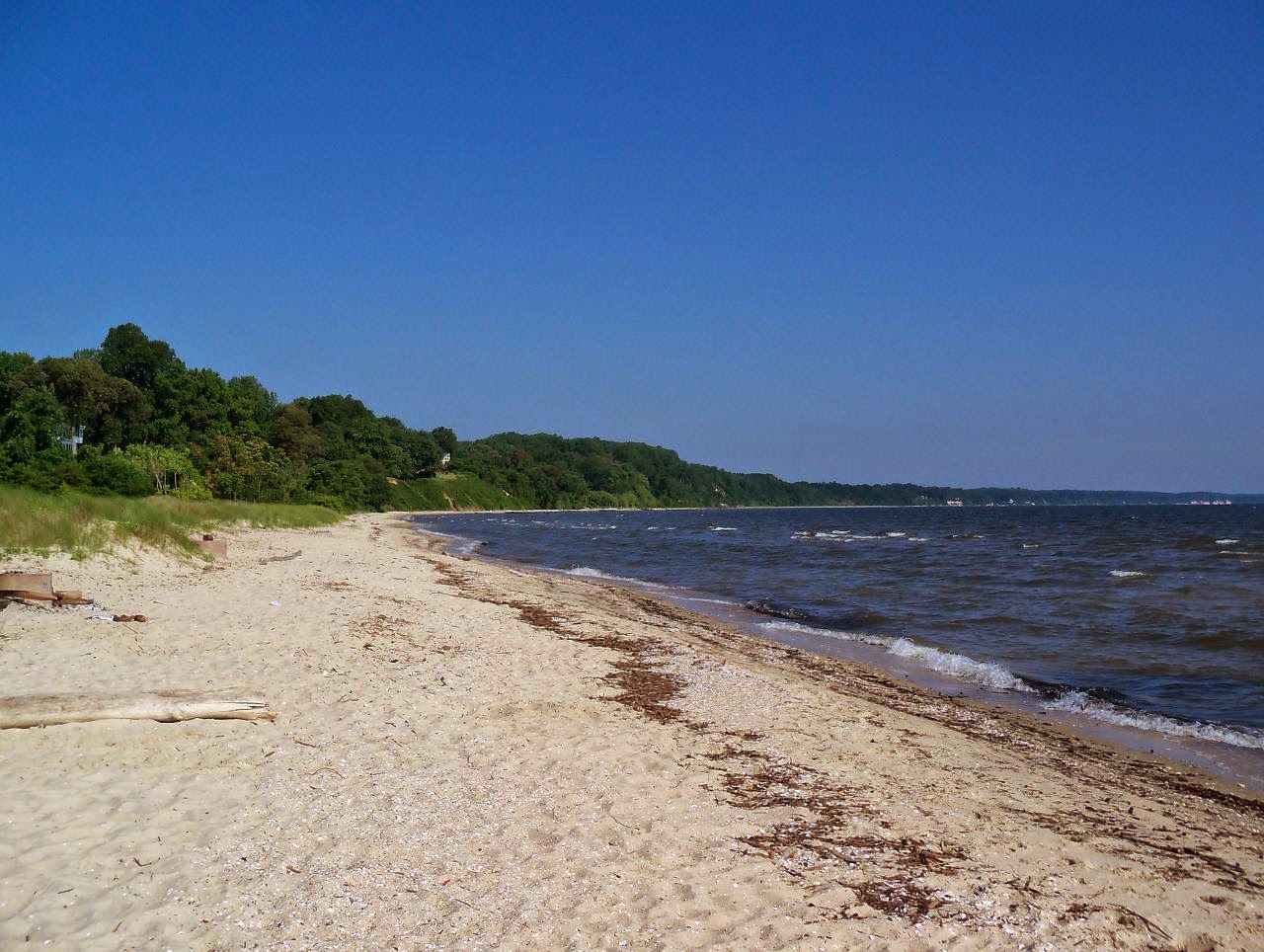 Just a quick report this morning.  After breakfast in the big town of Prince Frederick, we came home for a beach walk while it was still a little cool.  Temperatures are in the upper 70s, and as you can see, the sky was cloudless and the humidity is creeping up.  We beat the crowd and had the whole beach to ourselves all the way up, and only encountered a few on the way back. 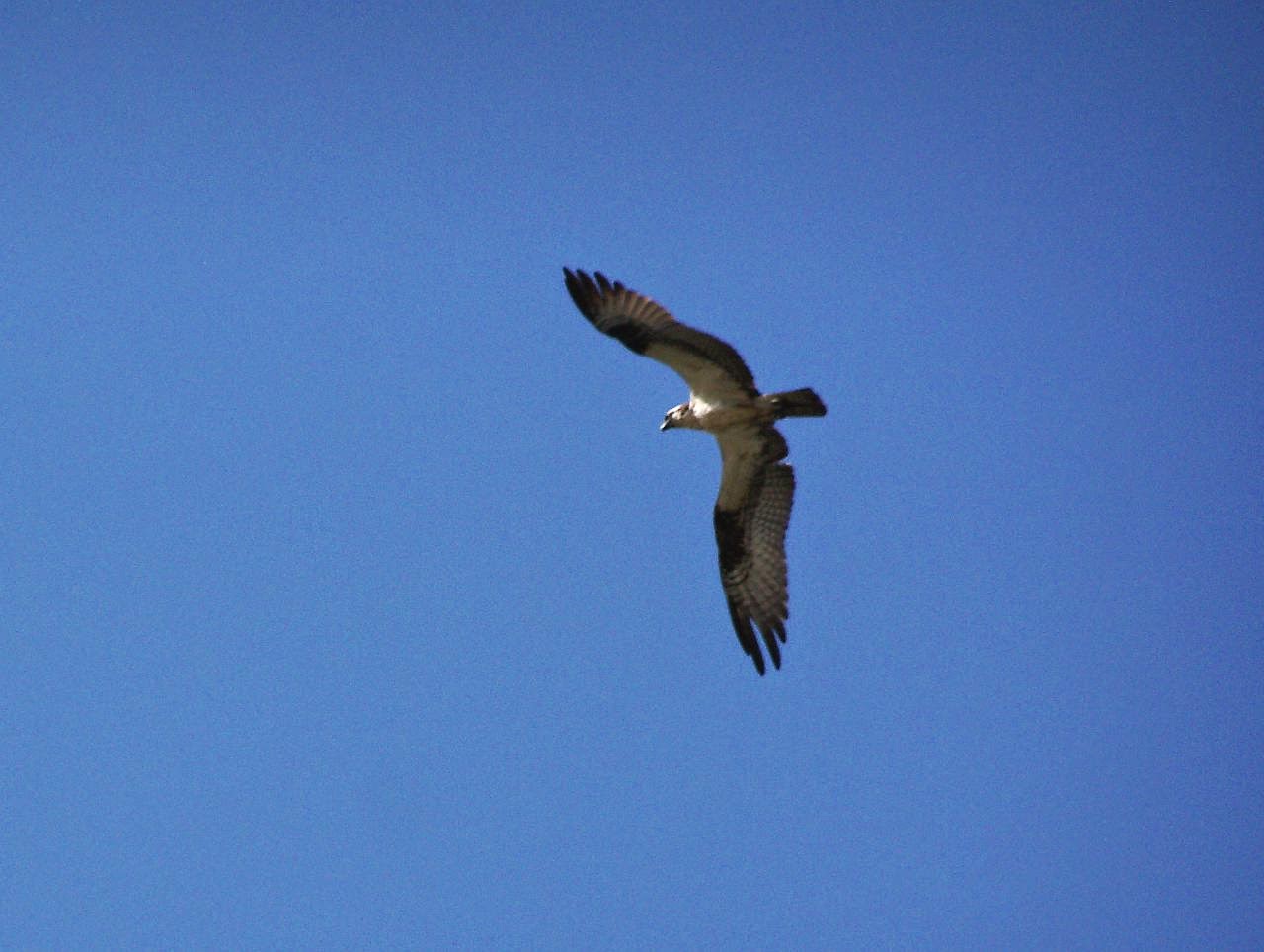 The local osprey on the hunt.  Yesterday (that I didn't report, I saw an Eagle steal a fish from and Osprey.  As the Osprey approached the shore carrying a fish, the Eagle came out of the trees, chased the Osprey to where he could get above the Osprey; who immediately seeing the goal was scored, dropped the fish and flew off while the Eagle snagged the fish in midair. All in all, it was a pretty perfunctory performance by both birds. 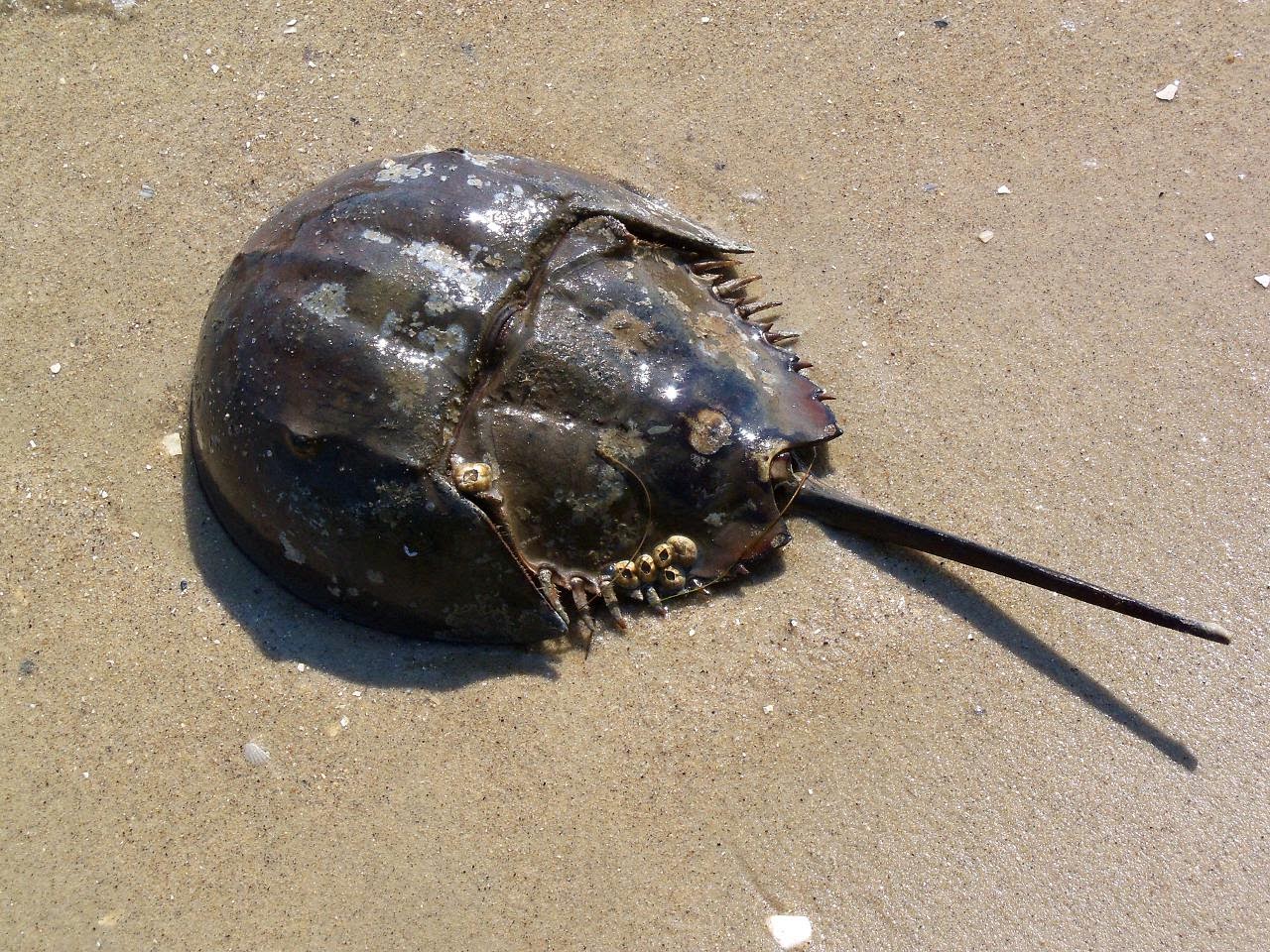 We walked a long way up today, not because the fossil hunting was great(we only got 15 teeth and a complete chevron of ray plate), but because it was such a nice day.  The Horseshoe Crab is just a molt, nothing inside to stink.
Posted by Fritz at 3:14 PM