The over at The Other McCain, they're observing the 6th annual "Offend a Feminist" week.

I personally don't find offending feminists that much of a challenge. They seem to pretty much walk around all day (or surf the internet) looking for excuses to get offended.  If you're male, looking happy or satisfied is generally sufficient.  Or if you want to go the extra mile, you can say something bad about women or feminists: 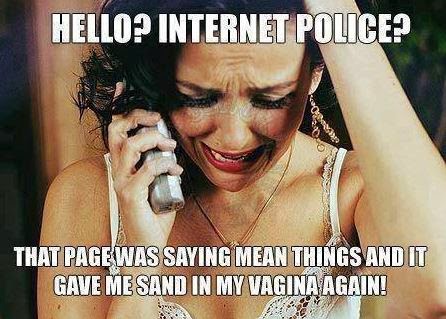 If you're a woman, I suppose saying something nice or supportive about men would be enough. This year we have a number of featured articles:


. . .There are times when, in studying feminist theory, I start to think, “Hey, maybe they’re onto something here.” A bedrock conservative, unshakable in his patriarchal heteronormative christofascist worldview, can read the really hard-core feminists and glean insights into the fundamental psychosexual dynamic of male dominance, appreciating women’s experience within this dynamic.

However, just when you start thinking that maybe radical feminism has, by a sort of intellectual circumnavigation, approached some important truths about human nature, you are forced to confront the alternative hypothesis: They’re just crazy as hell. . . 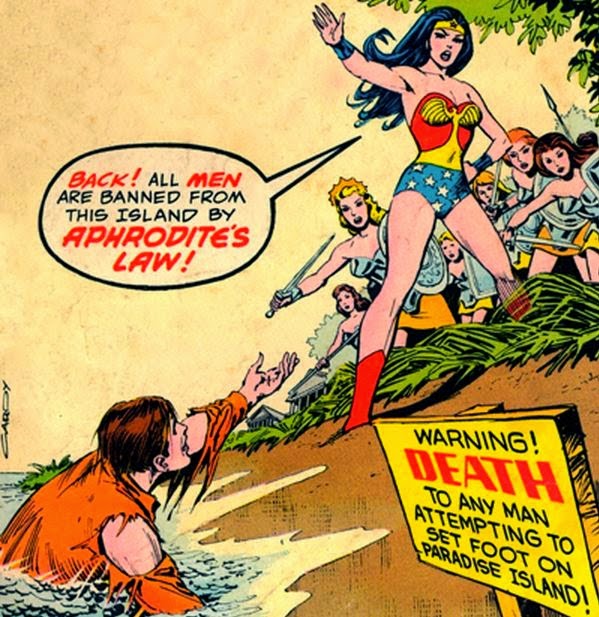 Feminism Is a Journey to Lesbianism


Radical Wind — the wacko feminist whose rant “PIV is always rape, OK?” inspired widespread mockery – is actually very close to an important truth when she describes how men were “repelled” by her “feminist drive.” We may suppose she was hanging out with a loutish crew of young left-wing idiots when she experienced this; therefore it must have been a shocking revelation when these allegedly egalitarian men expected her to enact the “subordination” of femininity.


“Male dominance is sexual. . . .
“A feminist theory of sexuality would locate sexuality within a theory of gender inequality, meaning the social hierarchy of men over women. . . .
“To be clear: what is sexual is what gives a man an erection. Whatever it takes to make a penis shudder and stiffen with the experience of its potency is what sexuality means culturally. . . . All this suggests that that which is called sexuality is the dynamic of control by which male dominance . . . eroticizes as man and woman, as identity and pleasure. It is also that which maintains and defines male supremacy as a political system.”
– Catharine MacKinnon, “Sexuality, Pornography, and Method: ‘Pleasure under Patriarchy’” (1989)

First you have a drink or two, then they loose their inhibitions (which is, after all the primary function of alcohol), then they do something they regret, and accuse you of rape.  Which is pretty much what they do without your having to buy them a drink.

Q. What was Bill Clinton’s most famous accomplishment as president? Answer is explicit...


On the event of Monica Lewinsky oozing back out into the public scene in time to inoculate Hillary Clinton from fresh damage on the bimbo eruption front.

(Being used as a taxpayer-provided semen receptacle? That was “a consensual relationship” and OK. Being exposed for doing so — and for filing a perjurious affidavit in a federal civil rights lawsuit — is, however, “abuse.” If Clinton had not been in “his powerful position,” Lewinsky would not have been so eager to suck him off, but when the administration’s defenders, including its hired liars in the press corps, predictably circled the wagons to defend The Big He, Lewinsky seemed surprised to learn that her fate was incidental to process. But I could go on all day about this. Back to the story . . .)


‘Sure, my boss took advantage of me, but I will always remain firm on this point: it was a consensual relationship. Any ‘abuse’ came in the aftermath, when I was made a scapegoat in order to protect his powerful position,’ she wrote in the essay.
‘The Clinton administration, the special prosecutor’s minions, the political operatives on both sides of the aisle, and the media were able to brand me. And that brand stuck, in part because it was imbued with power.’
She went on to say that she is fully aware of the impact of the relationship and she is coming clean with her full feelings. . . .


Cosmopolitan magazine celebrates the Sacrament of Liberalism: New Jersey abortion clinic counselor Emily Lett got pregnant and recorded a video of her abortion experience, telling her story to “inspire other women to stop the guilt.” Wesley Smith comments: “Ah. good times. Becoming irresponsibly pregnant and then having a birth-like experience of destroying a fetus – complete with pictures!”
You’re not a real feminist until you (a) kill your own baby and (b) become a lesbian. Of course, if you avoid heterosexuality altogether, this deprives you of the opportunity to get pregnant (and then kill your baby like a good feminist should), but lifelong lesbians can make up for skipping the otherwise necessary abortion experience by encouraging other women to kill their babies.

Meh. My position is that all liberals ought to have abortions on the ground that there might be a genetic component to liberalism.

A new euphemism for the "Walk of Shame": Call It the ‘Post-DTF Stroll,’ Maybe?


Feminism is, among other things, a totalitarian attempt to tell us what to think by controlling what we are allowed to say. For example, we cannot be permitted to disapprove of promiscuous women, and so the language of disapproval must be suppressed.
Which predictably brings us to the latest from Amanda Marcotte:


The “walk of shame” is a slang term that usually describes a person, usually a woman, who is making her way home from spending the night at someone else’s house for a sexual encounter.
The iconic image of a woman doing the walk of shame is disheveled hair and party-ready clothes that look sadly comical in the cold light of day. But it’s not her appearance that makes her trot home one of “shame.” No, as far as most people who use the phrase, her “shame” is that her appearance lets everyone know that she probably had sex, and for some reason, she is supposed to be ashamed of that . . .

You can read the whole absurdly censorious thing. Here we are, on the eve of sixth annual National Offend a Feminist Week, and Amanda Marcotte decides to give us a lecture on the need to remove “shame” from the dictionary insofar as it refers to sluts, tramps, hussies, floozies, man-traps, wenches, trollops and Women of Dubious Virtue? . . .

I think it has more to do with humor than disapproval, but your mileage may vary; especially if you have daughters.
Posted by Fritz at 2:46 PM