Megan McArdle informs us that "The Most Transparent  Administration in History" has decided to stop providing Obamacare enrollment data: Where Did the Obamacare Data Go?


The most transparent administration in history has decided todiscontinue the monthly Affordable Care Act enrollment reports now that open enrollment is closed. And why shouldn’t it? you ask. After all, open enrollment is, well, closed.
. . .
But while the official open enrollment period is closed, that doesn’t mean that activity on the health-insurance exchanges has shut down. People who have experienced a “qualifying life event” -- getting a job, having a baby or moving to another state, among others -- are still eligible to enroll in an exchange policy.

Meanwhile, other people will be exiting the system -- they will get a job that has benefits, marry someone with benefits, or just stop making their payments and go without insurance. The Barack Obama administration should by now be getting fairly accurate estimates of how many of the 8 million enrollees they reported are actually in the system. It is disappointing in the extreme that they would stop reporting these figures just as more accurate data is becoming available. 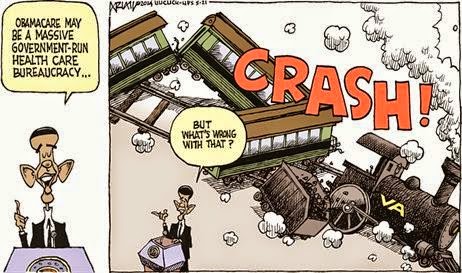 If the monthly report would be politically help them, they would continue. They're transparent all right; I can see right through them.

It's good to be one of the elite: Cover Oregon director still getting paid $14K a month after “resignation”


The lack of ObamaCare accountability extends farther than just the boundaries of the Beltway. In fact, as The Oregonian discovers, it goes from sea to shining sea. The reviled director of Cover Oregon, whose failed web portal has prompted a federal investigation into potential fraud, supposedly resigned his post and got kicked out of his government sinecure. It turns out that he’s just on an extended vacation (via Drudge Report):


Bruce Goldberg, the respected, long-time director of the Oregon Health Authority, offered to resign on March 18. Two days later, with the Cover Oregon tech mess going from bad to worse, Gov. John Kitzhaber announced that he’d shown Goldberg the door.
The resignation was “effective immediately,” said officials in the governor’s office.
Or so we thought.
It turns out, Goldberg never really left and is now drawing a full-time salary from the state. Oregon officials confirm Goldberg returned to full-time status at the Oregon Health Authority on May 15 and will use his accrued vacation pay until July 18.
He’s getting paid $14,425 a month.

Let’s not forget that Oregon taxpayers are footing that bill to pay for exactly zero enrollments through their $250 million web portal. Governor John Kitzhaber laid all of the blame for the failure at Goldberg’s feet over the past few weeks, no doubt hoping to escape culpability himself. Oregon taxpayers already on the hook for hundreds of millions of wasted dollars might have assumed at that point that at least they weren’t paying for Goldberg’s incompetent leadership any longer, and for very good reason.

What happened? Cover Oregon and Oregon Health Authority played a shell game with Goldberg. His resignation didn’t stop his paycheck at the latter until April 10, when Goldberg officially got paid $3600 a month to be a “consultant” to Cover Oregon. Why Cover Oregon needed to have the man Kitzhaber blamed for its utter failure on hand as a consultant is another question Oregon taxpayers should be asking themselves, but that arrangement only lasted five weeks. That’s when OHA brought Goldberg back on at full salary — and full health and pension benefits, which provides knife-twist irony to this story.

Hmm, I wonder if there's some graymail  going on here:


Graymail is the threatened revelation of state secrets in order to manipulate legal proceedings. It is distinct from blackmail, which may include threats of revelation against, and manipulation of, any private individual. Graymail is used as a defense tactic, forcing the government to drop a case to avoid revealing national secrets.

What a coincidence! Key states set to announce premium rate increases for 2015


Yesterday I noted that the Obama administration snuck the mechanism and $3.5 billion in funding for an insurer bailout, bypassing Congress and wheedling insurance companies to keep 2015 premiums low. The Hill’s report on the announcement dates for rate hikes explains the timing of this effort. Thirteen states will announce the newly approved rate plans for 2015 — including a handful of those Democrats desperately need to keep in the midterms:


Premiums are expected to go up in a majority of states, as they do every year, but the size of the increases could go a long way toward determining how much political damage Obama-Care inflicts on vulnerable Democratic lawmakers.
A survey by The Hill of state insurance commissioners found that news about ObamaCare premiums will hit nearly every week this summer, providing ample opportunity for Republicans to attack any significant premium hikes.
A slew of states will publish proposed prices in June, including Colorado and Louisiana — where the GOP is targeting Democratic Senate incumbents.
Others will wait until later in the season, including West Virginia and Arkansas. Sen. Mark Pryor (D-Ark.) voted for the Affordable Care Act in 2010, a fact that his opponent, Rep. Tom Cotton (R-Ark.), has repeatedly raised.
Sen. Kay Hagan (D-N.C.), a top GOP target, will see her state publish rates on Aug. 15 or later.

. . . Ironically, the big driver of increasing health-care costs before ObamaCare was price-signal opacity. This attempt at bribing insurers to continue their loss-leader pricing into 2015 by promising a government payoff makes it clear that ObamaCare worsens that problem rather than helps resolve it. Instead of making price opaque for reasons of risk-pool management alone, now we have the added incentive for government to increase opacity for its own political purposes. And this time, we’ll be paying not just in cash, but in increasingly rationed health care.

And if you object to any of this, by golly, you're a racist! 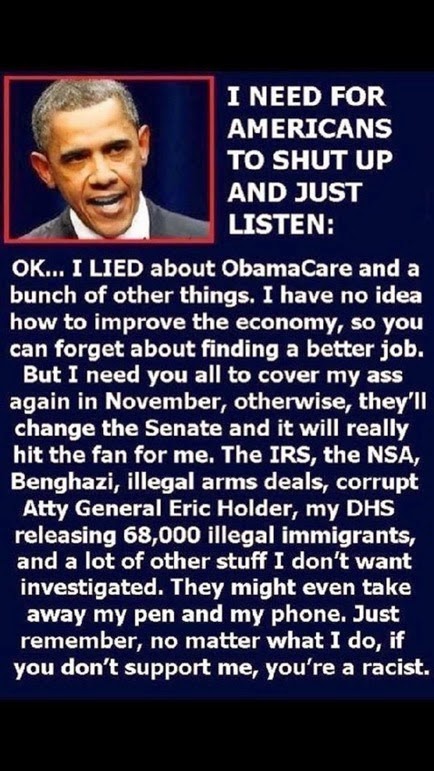