While I hate to say something good about Obamacare in the Schadenfreude post, I'm not sure this really is:

No, The VA Isn't A Preview Of Obamacare -- It's Much Worse

There’s been a lot of talk in the conservative commentariat about how the emerging scandal at the Veterans Health Administration is a preview of what is to come under Obamacare. “If the government can’t even make such a system work for our vets, what makes anyone think it will work for the rest of us?” asks theNew York Post. But the VA—our own, homegrown experiment in 200-proof socialized medicine—is even worse than Obamacare. The scandal is that the VA’s fundamental flaws have been perpetuated not only by politicians, but also by leaders of veterans’ groups. There is a way to fix the VA and do right by our vets. But to understand the solution, we have to first understand the problem. . .

As they say, read the rest; it's a long one.


Nearly 1,500 Californians have complained to state regulators in the last four months about their Obamacare coverage purchased through California's insurance exchange.

New data reveal the biggest category of complaints centers on getting confirmation of health plan enrollment and basic issues such as getting an identification card to obtain care.

Many consumers have also encountered difficulty finding a doctor who accepts their new coverage, as well as frustration with inaccurate provider lists, according to the California Department of Managed Health Care.

"If you have a medical condition and can't get care that is a very serious issue," said Marta Green, spokeswoman for the managed healthcare agency. "We are still working to resolve many of these cases."

Yes, elections have consequences. Remind me again how California voted in 2008 and 2012? 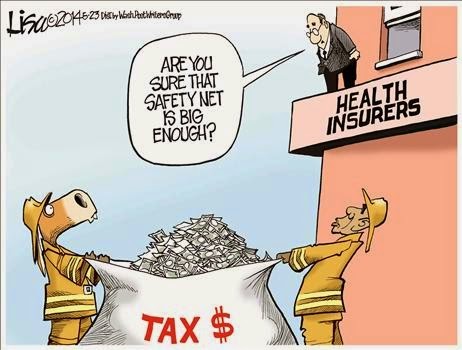 Another long one, brought to you via Stacy McCain: Obama: Dream and Reality


“This system requires coordination of over 288 policy options .  .  . each with three or more levels of coverage, while simultaneously calculating beneficiary income, tax credibility, subsidy levels, deductibles, not to mention protecting applicant privacy, insuring web security and managing a host of other data points,” the New York Times’s Thomas B. Edsall informed us, adding that all this had to be coordinated with numerous state and federal departments and public and private bureaus and agencies that were not well equipped to assist in these ventures. Apparently, the possibility that the agencies that these experts assumed would coordinate easily with the new health insurance bureaucracy and with each other would not in reality be able to do so did not occur to the experts. They planned to move millions upon millions of people from one set of doctors and networks to new ones heedless of the fact that people form relations of trust with their doctors and would resist losing them. They imposed health-insurance mandates on companies that employed 50 or more people with little consideration that this might apply a strong brake to the expansion of businesses and move millions of people into part-time employment. They levied taxes on companies that manufactured the medical devices that improved and saved lives, with no idea this would lead to fewer inventions. They heaped new levels of regulation and paperwork onto the shoulders of doctors and hospitals, with no idea that this would lead many to think about early retirement. When the practical effects of their theories ran into the realities of human nature, the market, and the political imperative to appease constituents, the result was a blizzard of waivers, exemptions, and extensions of deadlines. At this point, there is barely a deadline that has not been erased or extended, a rule that hasn’t been excised or rewritten to make its impact less lethal, and even the most frantic of changes hasn’t made the system work well.


Doubtless, Obama and crew had fully expected their project to be popular, owing to two tenets of liberal theory—that a crisis always makes people more open to large and expansive federal government and that people never turn away from free stuff. But this assessment was drawn from the New Deal experience, when the crisis was much graver, government was much smaller and had more room to grow, and examples of what could occur when government became too big and expensive were not yet in anyone’s mind. Even at that, FDR waited to introduce Social Security until well after the financial panic was quelled, while Obama introduced his big, expensive, and far more complex program while the crash had not yet abated.