From Ace's: In 2012, PolitiFact Rated Obama's Promise to "Make the VA a Leader in National Health" A "Promise Kept" 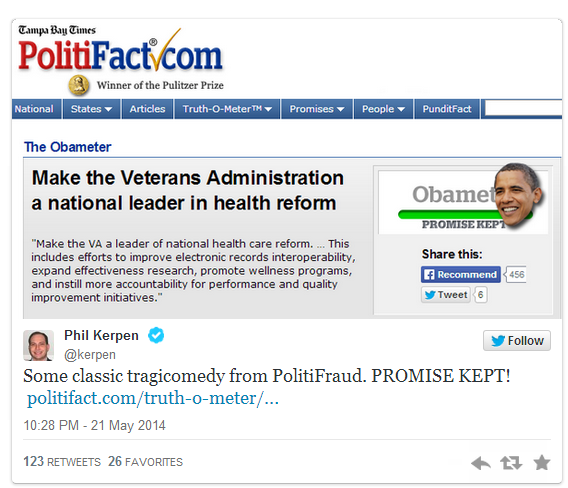 However, in light of recent events they've revised their rating. . . 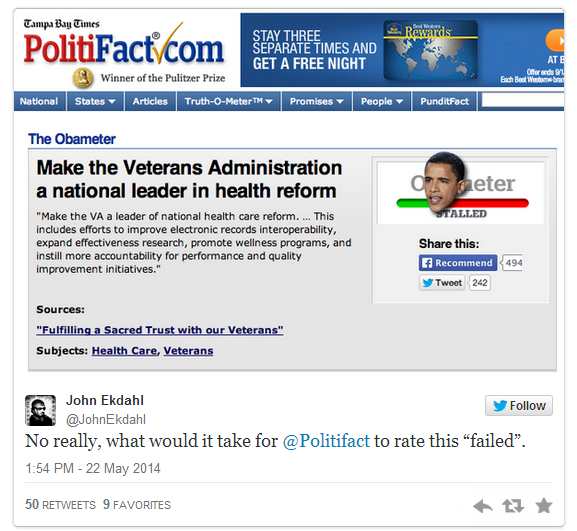 PolitiFact: We rate this claim as "Democratic" and therefore true.

Also from Ace, back in 2011, liberal pundit hack Paul Krugman (and others) was lauding the VA system as proof that the socializes system performed better than the sort of capitalist system that the rest of us have.


Multiple surveys have found the VHA providing better care than most Americans receive, even as the agency has held cost increases well below those facing Medicare and private insurers…the VHA is an integrated system, which provides health care as well as paying for it. So it’s free from the perverse incentives created when doctors and hospitals profit from expensive tests and procedures, whether or not those procedures actually make medical sense.

Krugman added, “Yes, this is ‘socialized medicine’…But it works, and suggests what it will take to solve the troubles of US health care more broadly.”

Indeed, if the problem is old people taking up too much of the federal budget with medical care, indeed, letting them die waiting for a chance to see the doctor will solve it.
Posted by Fritz at 7:30 PM