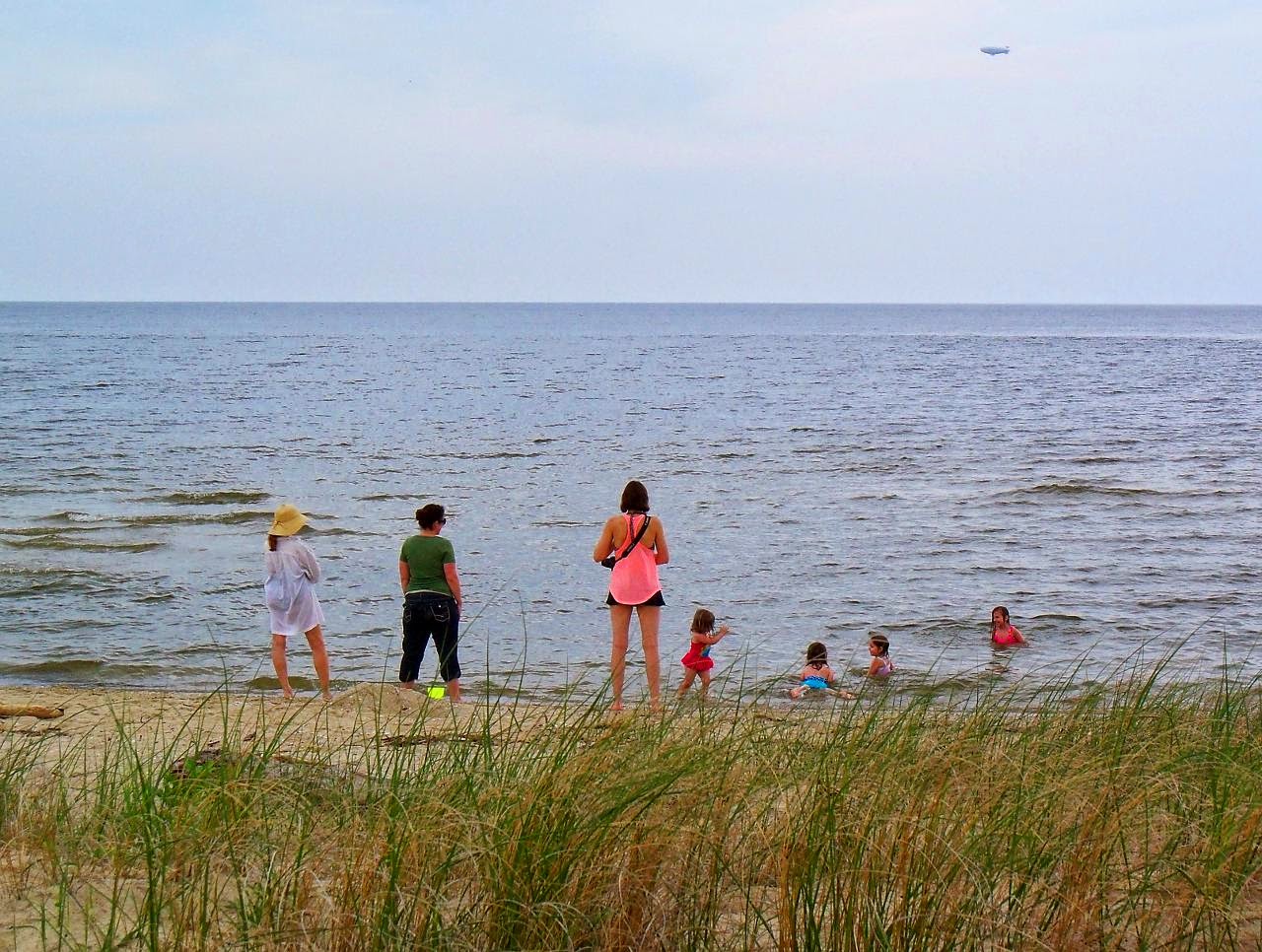 After a morning of cool rain, the sun came out, and Georgia and I took the opportunity to go the beach.  However, I'm cheating a little, as the the first two pictures here were still in the camera from earlier this week.  Here the adults gawk at the Navy radar blimp, while the kids play in the water.  The water temperature is almost tolerable at nearly 70 F.  Hopefully another month before the Sea Nettles make it too painful. 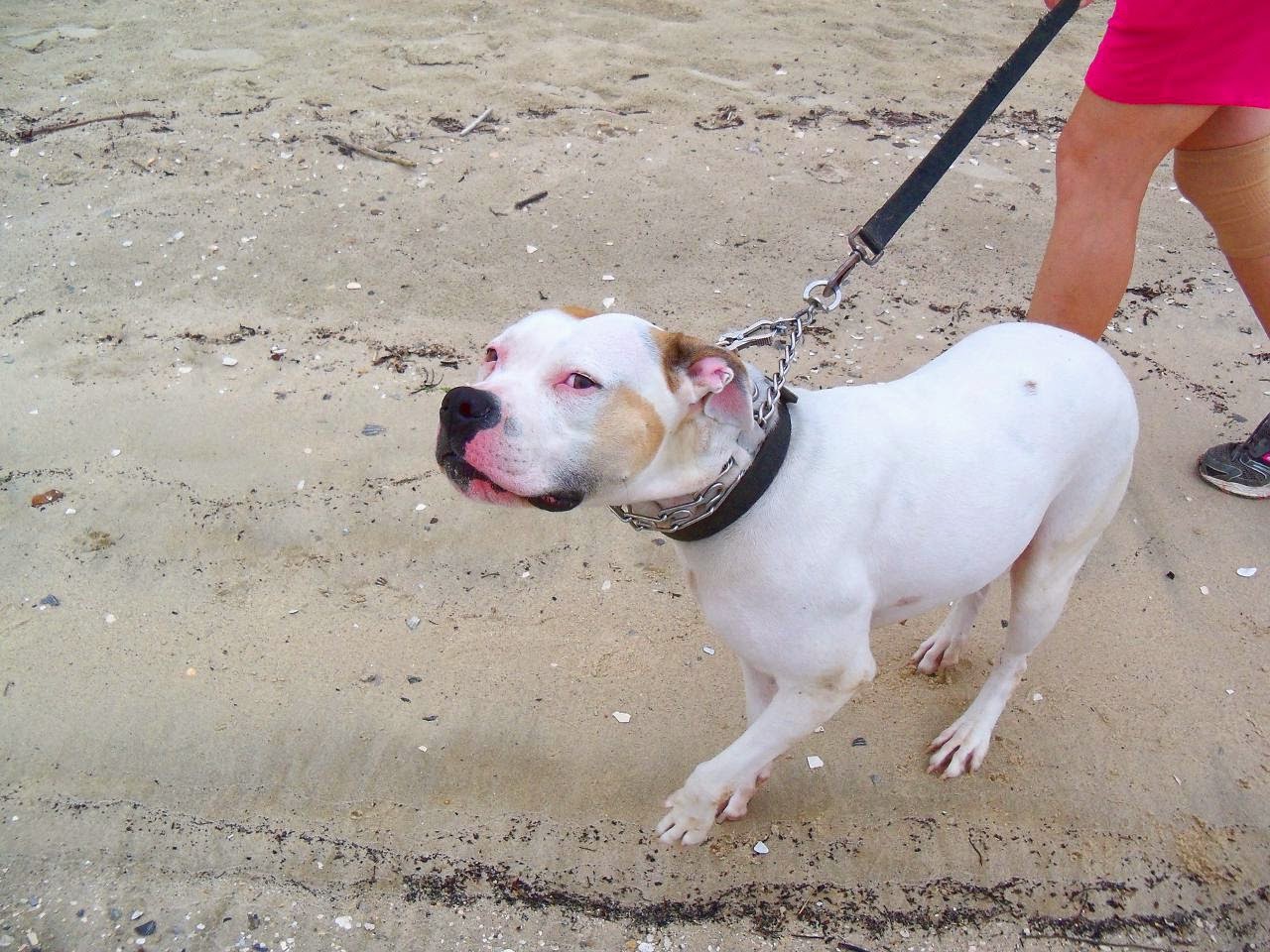 I forget his name, but he wagged his stump in greeting. 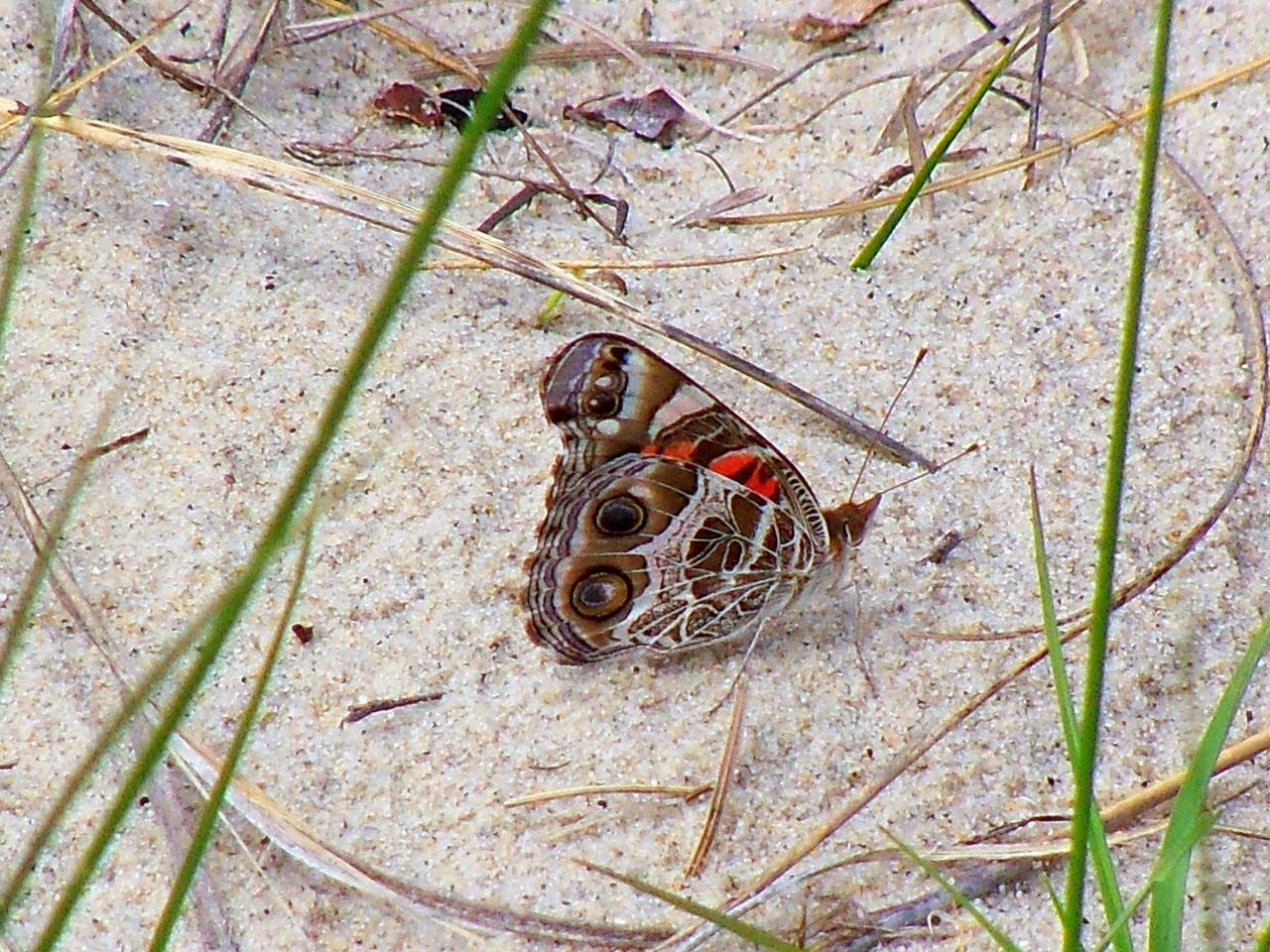 An American Painted Lady in the sand dunes. 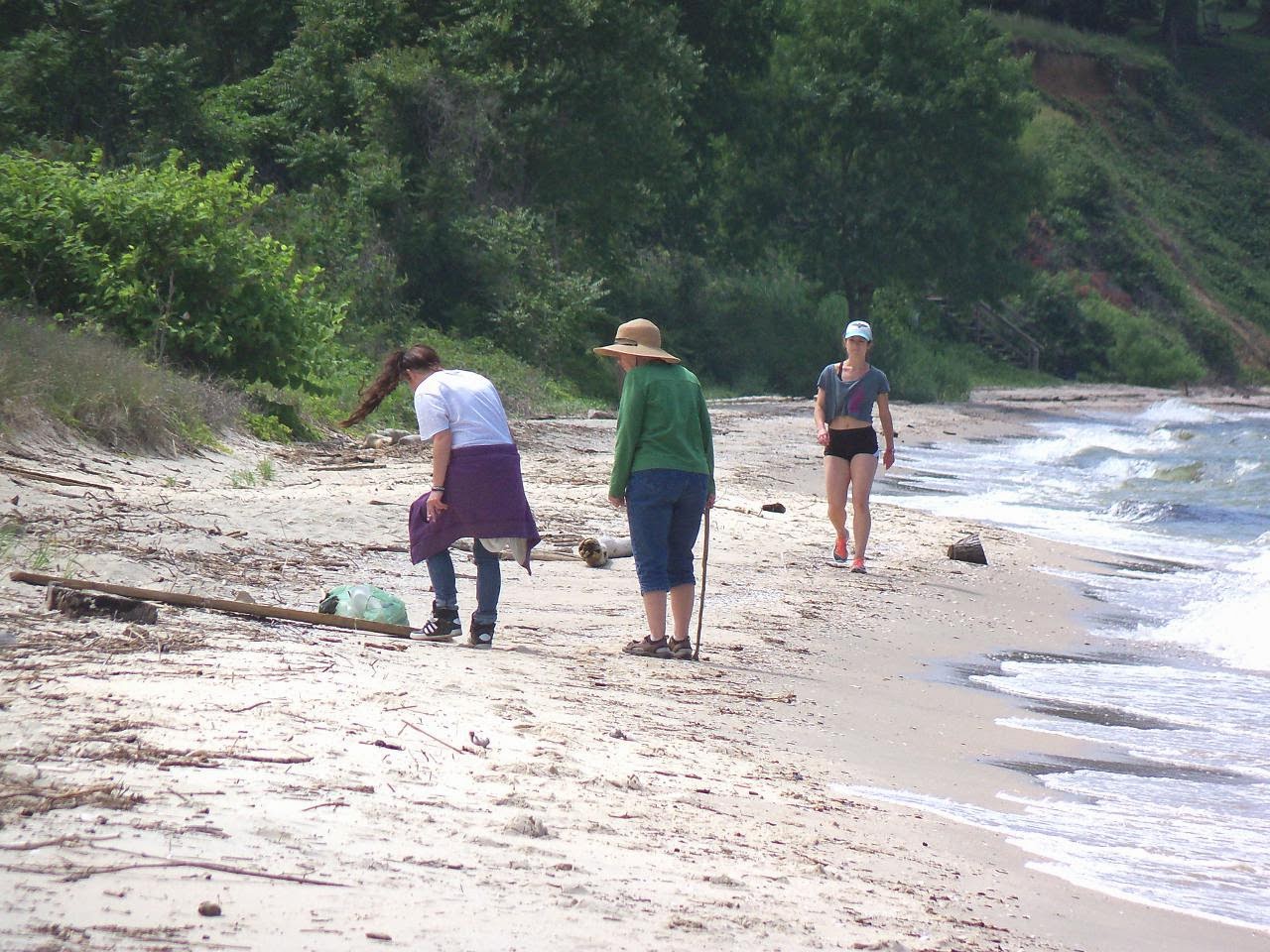 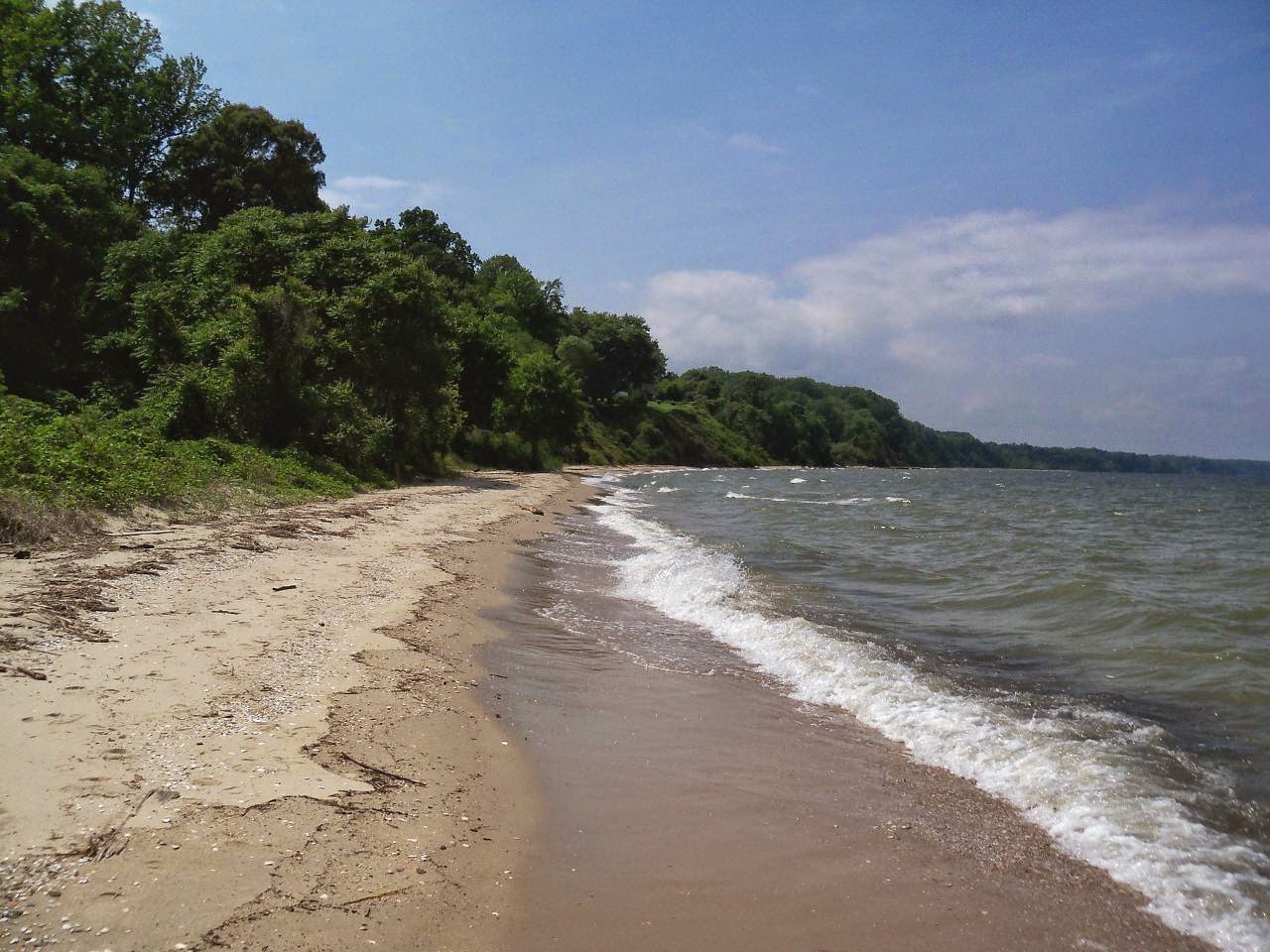 A nice day after the rain, but still a little choppy. 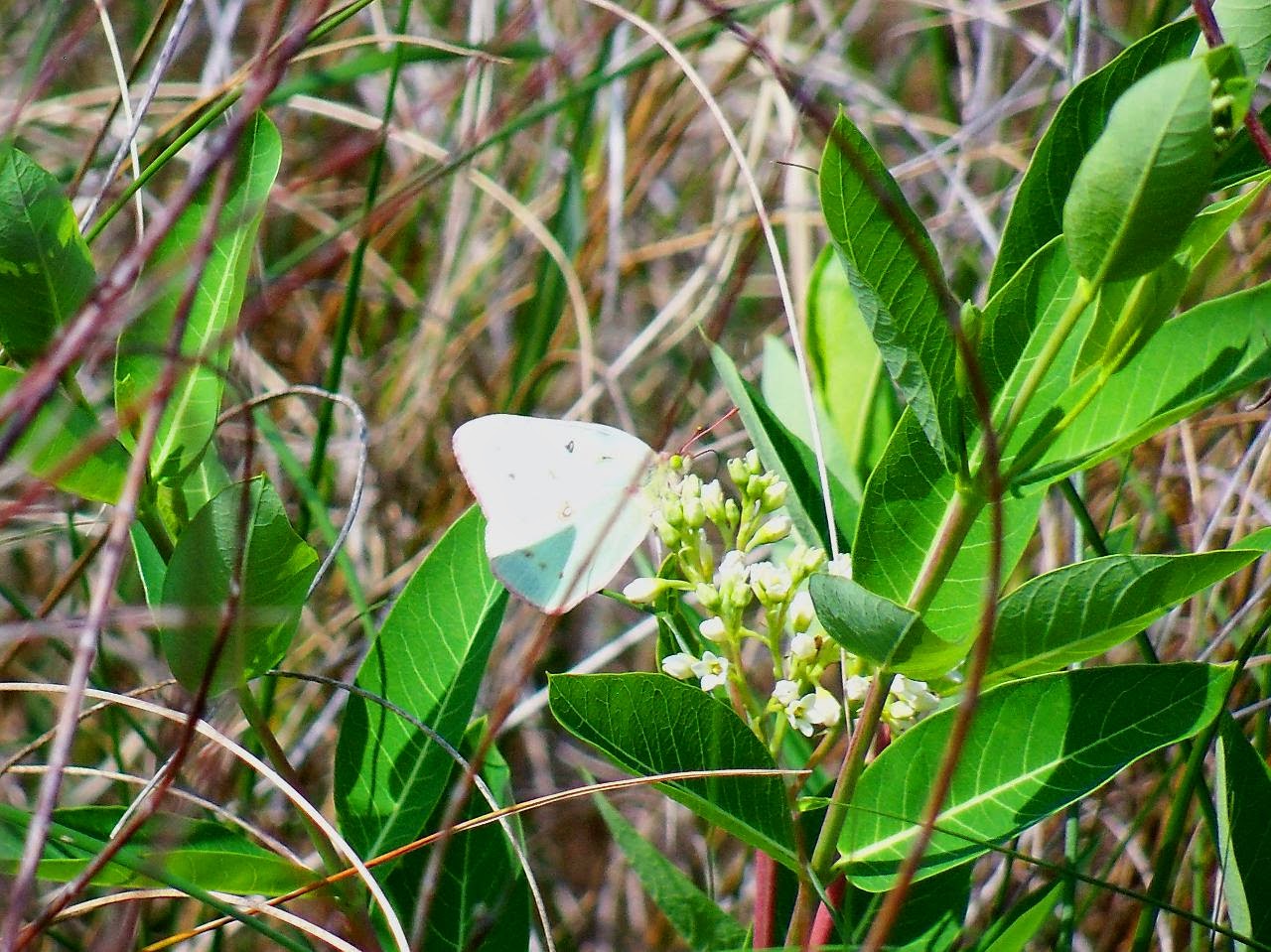 We also had a bunch of Clouded Sulfurs on the Milkweeds that are now blossoming in the dunes. This is the light phase, which makes it female. Females come in both yellow and white, while the males are all yellow. 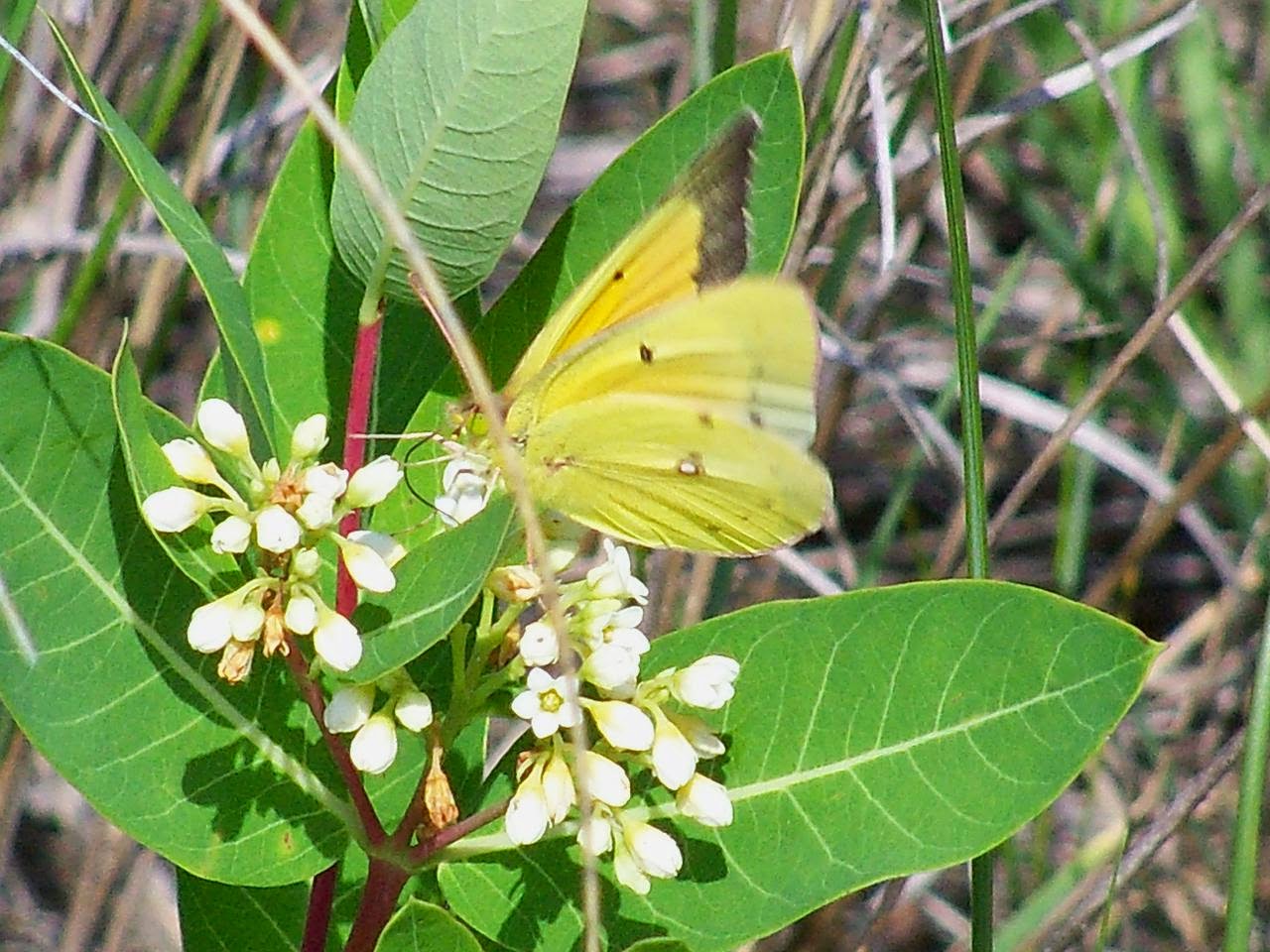 So this one could either be male or female, as far as I could see (pros may be able to distinguish).
Posted by Fritz at 6:42 PM