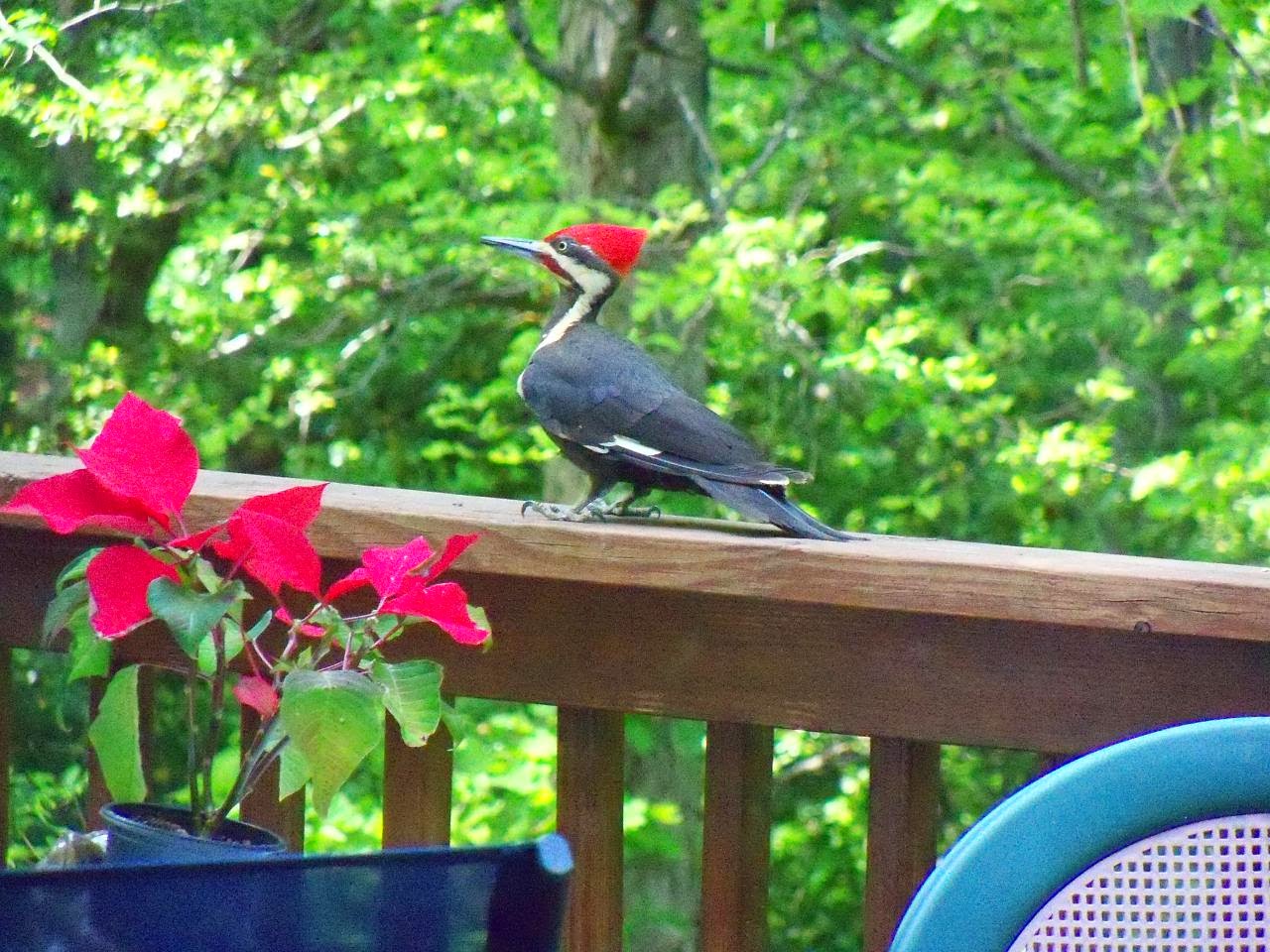 A little before dinner, this Pileated Woodpecker decided to test the wood on our deck for it's sounding qualities.  It didn't meet his (and it is a his, given the red stripe under his eye).  He often "serenades" us with a drum solo around 6 AM, but they're not usually this bold. 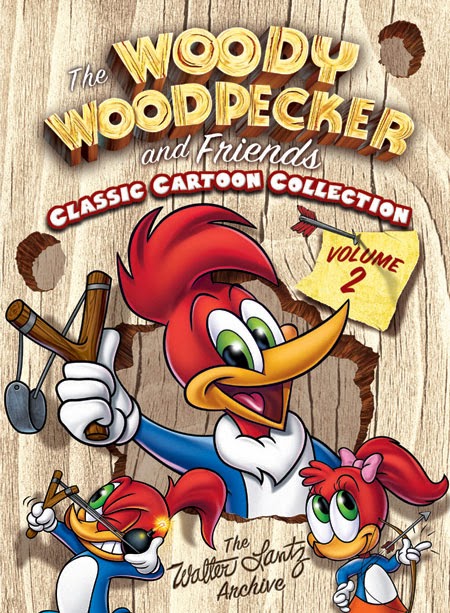 A Pileated Woodpecker is at least part of the inspiration for the cartoon character Woody Woodpecker:


According to Walter Lantz's press agent, the idea for Woody came during the producer's honeymoon with his wife, Gracie, in Sherwood Lake, California. A noisy acorn woodpecker outside their cabin kept the couple awake at night, and when a heavy rain started, they learned that the bird had bored holes in their cabin's roof. As both Walter and Gracie told Dallas attorney Rod Phelps during a visit, Walter wanted to shoot the thing, but Gracie suggested that her husband make a cartoon about the bird, and thus Woody was born.

Although allegedly based on an acorn woodpecker, Woody shares many characteristics in common with the pileated woodpecker in terms of both physical appearance as well as his characteristic laugh, which resembles the call of the pileated woodpecker. These similarities are apparently the result of the artistic license of the creators, and have caused much confusion within the birding community amongst those who have attempted to classify Woody's species.