A Wee Dram of Obamacare Schadenfreude 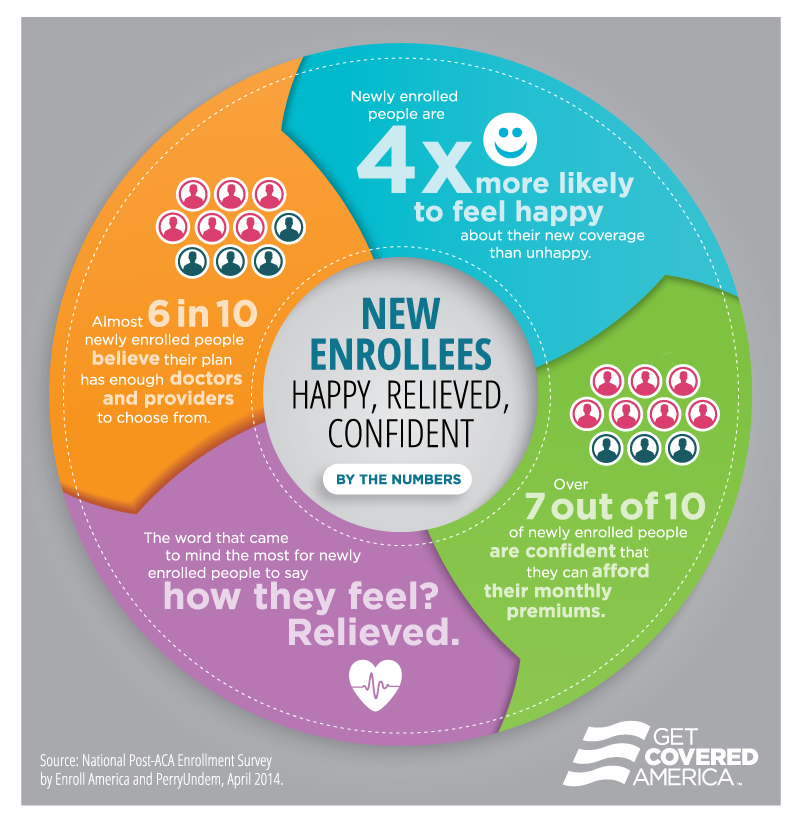 The 4x number is misleading, in that, in question 53, just 41 percent who enrolled are either very happy (20 percent) or somewhat happy (21 percent) with their coverage. The 4x statistic is derived by combining somewhat unhappy (7 percent) and very unhappy (4 percent) and then comparing 11 percent against 41 percent.

But 16 percent are neither happy nor unhappy and a whopping 31 percent say it is “too soon to tell.” So how did enrollees simply get labeled as happy?

“As we note in the survey report, it’s true that 31 percent said it was too soon to tell whether or not they were happy with their coverage; that means the numbers may change over time, but the data we have is easily robust enough to indicate how people currently feel about their coverage,” said Justin Nisly, Enroll America’s spokesman. “We couldn’t include every bit of data in the infographic, but what we did include is entirely accurate, and the full context is readily available.”

The phrasing of the next element, “relieved,” also veers into misleading. Calling it “the word that came to mind the most” implies respondents were asked to come up with their own word. Instead, “relieved” was one among a choice of four words in question 54, including “confused,” financially stressed,” “in control,” and “it doesn’t really affect me.”

In other words, “relieved” was one of four words that people could choose from, but it was not “the word that came to mind the most.” In fact, relieved was chosen by 47 percent, so it was not even the majority choice.

“When offered a range of positive, negative, and neutral phrases to describe their feelings about having health insurance, 47 percent chose ‘relieved’ – the next most chosen phrase had just 17 percent, so I think it is entirely accurate to say that the word that best described the way consumers feel about their coverage is ‘relieved,’” Nisley said. “I guess you could quibble with using ‘came to mind’ to describe a question that offered various options, but I don’t think that changes the basic point that a majority of respondents chose positive words to describe ‘what it feels like to have health insurance.’”

In other words, it seems a bit early in the game to start declaring that people are “happy, relieved, and confident.”

We realize an infographic has to condense information, but there is a high burden to meet for one designed to be tweeted. In this case, Enroll America grabbed the statistics that cast the Affordable Care Act in the best possible light, even though a huge percentage of the respondents had barely a chance to experience the system and form opinions about it. We highly doubt many people actually read the report before they retweeted the graphic.

What does two Pinocchios imply?


Significant omissions and/or exaggerations. Some factual error may be involved but not necessarily. A politician can create a false, misleading impression by playing with words and using legalistic language that means little to ordinary people.

As Quaestor a commenter at Alhouse notes:


Just two? Obama, benefiting as always from the Pinocchio discount.