Or, why are we supposed to worry more about concussions in sports than we worry about them in people who want to run the country?

At the forum, the president will argue for a "team approach" to preventing and treating concussions, the White House said, with hopes of raising awareness of how to identify, treat and prevent concussions among young athletes. Obama will also call for additional research into the field of sports-related concussions, with the hopes of developing ways to better avoid such injuries.

The concussion forum was first reported by The Washington Post.

The president told The New Yorker earlier this year that he'd be reticent to allow his son, if he had one, play professional football because of the risk of concussions. More than 4,500 former NFL players have sued the league over its handling of concussions, which doctors say can be associated with permanent memory loss and behavioral changes. 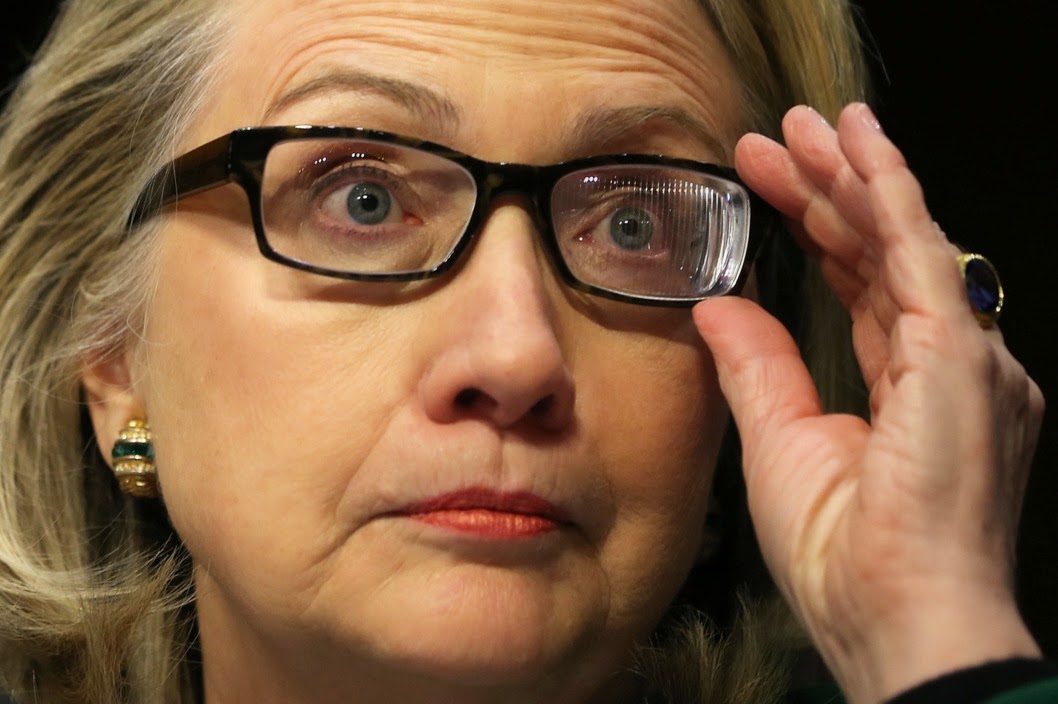 Bill Clinton said he was “dumbfounded” by Karl Rove’s suggestion that his wife might have suffered from a traumatic brain injury, but shrugged off the incident and suggested that it was just the beginning of a GOP effort to raise questions about Hillary Rodham Clinton’s stamina.

“I’ve got to give him credit -- that embodies that old saying that consistency is the hobgoblin of little minds,” the former president said Wednesday when asked at a fiscal summit in Washington about Rove's comments. “First they said she faked her concussion and now they say she’s auditioning for a part on 'The Walking Dead.'”

Hillary was seen wearing glasses with fresnel lenses, essentially prisms to recombine double vision caused by brain trauma for several months after her accident.  Even Bill admitted it took Hillary 6 months to "get over" the injury.  If a football player had suffered a concussion that serious it's likely he would not be allowed to play again, and he might well be subjected to serious questions about his ongoing mental faculties. We do know that concussions can cause long term learning, behavioral and emotional problems, not ideal in a Commander in Chief.

But then, she is democrat, so it's more of a feature than a bug.
Posted by Fritz at 5:00 AM