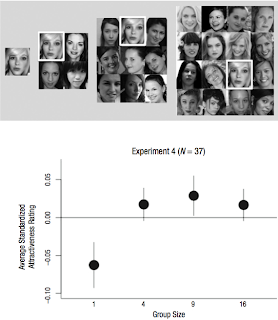 This article went round the day before yesterday at all the "big" blogs, Insty, Ace, Hot Air, so it's almost compulsory:

Why People Are More Beautiful in Groups


Drew Walker and Edward Vul of the University of California, San Diego, did five experiments wherein subjects rated the attractiveness of people in photographs. Some people were pictured alone, and others were in groups. (Sometimes the "groups" were actually collages of people alone.)

In every case, for men and women, the people in groups got higher attractiveness ratings. Walker reasoned: "Average faces are more attractive, likely due to the averaging out of unattractive idiosyncrasies." They refer to this as the "cheerleader effect."

OK, lets try it, using the Redskins cheerleaders.  One or more? 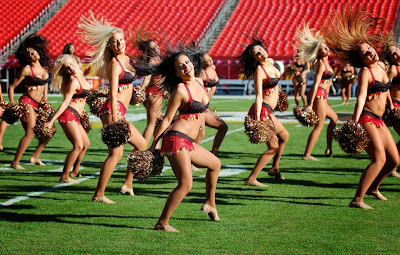 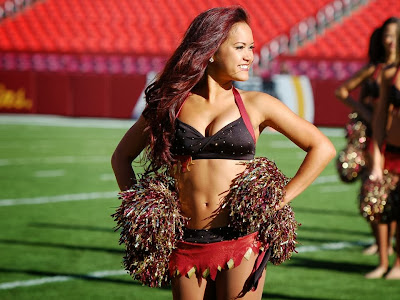 Now, for the counter example:

But you have to admit, she makes them look good. Wombat-Socho has the giant make up Veteran's Day Rule 5 post "Rule 5 Sunday: Double-Stuf Veterans Day Weekend Edition", containing two weeks of Rule 5 links (3 for me, Thank you, Wombat) up at The Other McCain.
Posted by Fritz at 6:00 AM