“There are some ideas so wrong that only a very intelligent person could believe in them.”

Wombat-Socho goes off on the pseudo-intellectual anti-McDonalds activist Ian Bogost:


Which is about as good an introduction as we’re going to get for the mind-numbingly ridiculous The McRib: Enjoy Your Symptom, an essay for The Atlantic scrawled by one Ian Bogost, whose surname is reminiscent not only of “bogosity” but of the Britishism “bogroll”, which is our English cousins’ word for the household item commonly used to remove things most similar to this essay from your rear end... 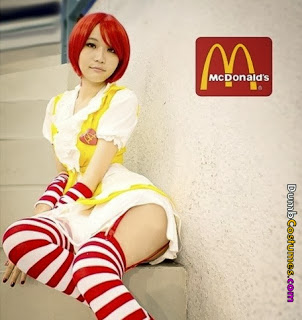 Bogost would like us to take him seriously as he delivers a post-modernist philosophical critique of McDonald’s, that food emporium so often mocked by the intellectualoids as a threat not only to the diet and health of America but the very world, so he drags in the French pseudo-philosopher Lacan and the deranged, posturing Slovenian Communist Slavoj Zizek to “prove” that we don’t really know what we’re doing when we order the McRib, Chicken McNuggets, Double Quarter Pounder, or the other items on the menu. No, we’re just slaves to our unconscious, which desires things that aren’t on the menu but are rather marketed without being marketed. This is obvious nonsense, and Bogost teases us with the notion that he knows it’s nonsense before dancing away on another binge of free-association tarted up with art history and pseudo-paradoxes that exist only in the mind of people without the brainpower to do their own thinking without the crutches of Lacan, Saussure and their ilk. 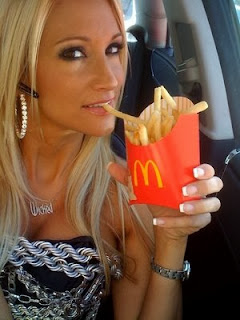 
There are many reasons to visit a McDonald’s: cheap, tasty food served fast; large sodas sold for cheap in the pit of the summer; free wifi when the home internet is down. Nobody goes there for the ambience or to experience a gastronomic thrill, and only a deluded intellectualoid like Mr. Bogost would think anyone would go there driven by the unquiet urges of their id. In the end, the McRib is just a sandwich.


Amen, brother sister. Don't like it? Don't go there.

Wombat-socho was on time and within budget on last nights "Rule 5 Sunday."
Posted by Fritz at 7:31 PM