Baby, It's Cold Outside (at the Beach) 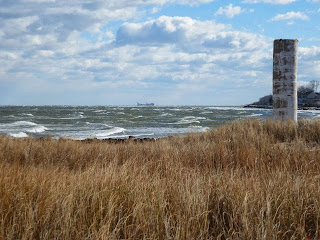 After drinking as much coffee as I could stand while doing the Obamacare schadenfreude post, Georgia and I decided it was time to resurrect the winter clothes and venture out. 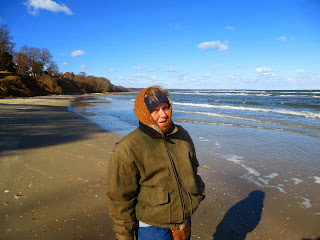 Although the internet claimed the winds were only 25 or so from the northwest (with gusts to 33), there was no west apparent in what we saw at the beach.  It was slamming in from the north with all it might, blasting 28 F air through every crevice in our clothing. 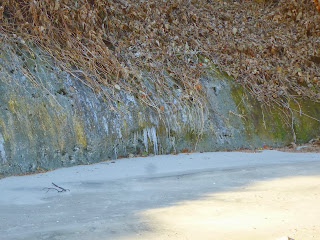 The very first icicles of the season, from water seeping out of the cliff face. Note that the kudzu is totally browned out by frost. 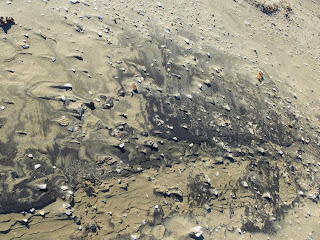 It was blowing hard enough to sculpt the beach down to the hard packed, wet sand, leaving behind shadows behind the bits of shell, and patterns in the layers of sand in the beach.  It was an extreme low tide, due to the wind, but fossil hunting wasn't too good, only 5 for the day. 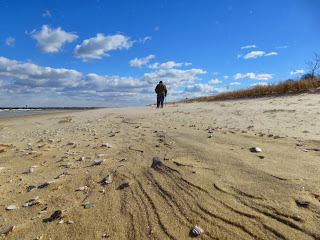 You can see the sand drifting along the beach in this shot. 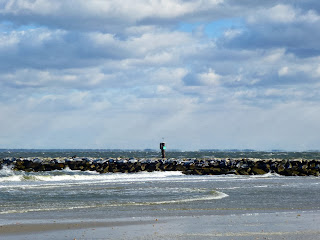 Spray is starting to freeze on the jetty.