Baltimore Kids Down on Eatin' Chicken 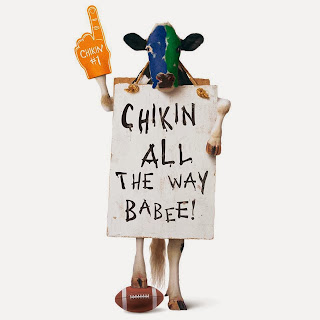 
Environmentalists turned out at at town hall meeting Tuesday at the Village Learning Place in Baltimore to listen to a panel discuss the chicken industry’s impact on the Chesapeake Bay’s pollution problem.

“Food and Water Watch,” which sponsored the event, plans to introduce a bill in the next session of the Maryland General Assembly to address the chicken industry pollution issue. Speaking on camera were panel members: Julie Gouldener, Ian Schlakman, Ted Martello and Rachel Santo. Julie Fiore served as the moderator for the program. After her opening remarks, Gouldener, Maryland organizer of FWW, underscored that Del. Maggie McIntosh of the 43rd district, who is the chair of the House Environmental Matters Committee, “will not” be supporting their anti-pollution measure.”


That amount of naivete crammed into a single panel is just awesome!
Posted by Fritz at 7:22 PM