Get a big mug of coffee and prepare to dive into another day's worth of delicious Obamacare schadenfreude. 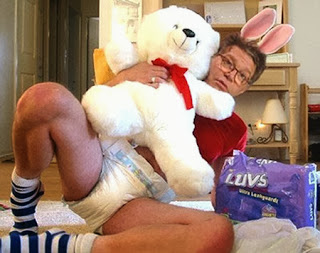 Yet another racist teabagger calls for Obamacare delay

Sen. Al Franken (D-Minn.) says he would be open to a brief delay in the individual mandate if the problems with HealthCare.gov aren't fixed by the end of the month, according to Minnesota Public Radio.

"I think then we have to consider extending the deadline for the mandate, but let’s hope that doesn't happen," Franken told MPR.

Franken has so far been relatively quiet about potential changes to the health-care law, but he now joins a growing group of Senate Democrats in seats that could be targeted by the GOP in 2014 who are speaking up on the issue.

So, in an transparent effort to help Democrats whose seats have been placed in jeopardy by the chaos surrounding the Obamacare rollout, the administration is amending the law yet again by executive fiat and delaying the enrollment period for 2014 until after the midterm elections.  Why, it's almost like what's written in the letter of the law has no meaning.  Maybe they haven't read it.


The Obama administration plans to delay the start of next year's ObamaCare enrollment period, a move pitched as a way to give consumers and insurance companies more time to study their options -- but which also conveniently pushes the second round of enrollment past the 2014 midterm elections.

A Department of Health and Human Services official confirmed the change to Fox News. The decision does not affect those trying to enroll this year, despite the myriad problems with the launch of the law and HealthCare.gov. Rather, it affects those who will sign up late next year for 2015 coverage.


"For us, at least in the college health insurance market, the ACA has truly been the 'law of unintended consequences,' wrote Michael Convente on The Daily Kos, on Monday.

"Relying on marketing slogans, some of which turned out not to be so correct, is turning out to be problematic."

Convente said the "progressive" UPenn Student Health Insurance Advisory Committee (SHIAC), on which he serves, doesn't mind funding artificial limbs or even gender reassignment surgery, but that forcing poor college students to pay for health care for children, which most don't use, is becoming a burden.

“Our population is entirely students.... we now have to cover pediatric dental even though none of us are even eligible to use that benefit," complained. “[O]ur committee is quite progressive when it comes to benefits offered (full prosthesis replacement, gender reassignment surgery, etc.) and low deductible (we're at $300. That's not a typo - three hundred)."


"Democracy is the theory that the common people know what they want, and deserve to get it good and hard" - H. L. Mencke.  The same can be said for the self anointed elite.

Another "unanticipated" (except by all conservative commentators and most people with common sense) consequnce of Obamacare is starting to make it's effects known, the so called "Doc Shock."
Insurers restricting choice of doctors and hospitals to keep costs down


In one closely watched case, Seattle Children’s Hospital has filed suit against Washington’s insurance commissioner after a number of insurers kept it out of their provider networks. “It is unprecedented in our market to have major insurance plans exclude Seattle Children’s,” said Sandy Melzer, senior vice president.

A number of the nation’s top hospitals — including the Mayo Clinic in Minnesota, Cedars-Sinai in Los Angeles, and children’s hospitals in Seattle, Houston and St. Louis — are cut out of most plans sold on the exchange.

But, but, they promised, if you like your doctor, you can keep your doctor!

The health care roll out is going so badly well the Kathleen Sebelius run Department of HHS is advocating that people bypass the $600,000,000 government website entirely, and buying directly from the insurers, effectively losing the "shopping" feature of the much maligned touted website.

A Catholic diocese in Pittsburgh won a legal victory in their fight against the birth control mandate of Obamacare, in the form of an injunction against the enforcement of the the mandate.


U.S. District Judge Arthur J. Schwab granted an injunction sought by the Catholic Diocese of Pittsburgh, Diocese of Erie and several affiliated nonprofit groups that do not want their insurance administrators to provide what they call "preventive services" coverage.

The injunction allows them to continue to offer insurance that doesn't include contraception, sterilization and abortion-inducing drugs while litigation continues. Without the injunction, the insurance administrators for the organizations -- though not the dioceses themselves -- would have had to start providing the coverage Jan. 1. 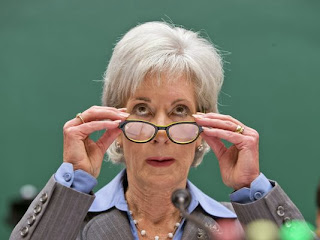 Enough?  No?  Ok, just one more.  Victor David Hansen at National Review Online discusses the manhandling of the language by the Preznit and his coterie in defense of Obamacare:


According to Obama, millions of Americans were once ignorant or uninformed, and thus will soon be pleased about their cancellations: “So the majority of folks will end up being better off. Of course, because the website’s not working right, they don’t necessarily know it.”

By that logic, the legions of Obama supporters who desperately sought and won exemptions from Obamacare are not “better off” now, but those stuck with it will be?